I have a gas cooktop, electric oven, a microwave and a slow cooker! We also have a gas bbq. In the summer we tend to use the bbq most of the time, the gas bottle lasts a long time and costs less than $20 to refill/exchange. Microwave the veggies or bbq. In the winter, I do a lot of slow cooked meals. As there are just the two of us, one pot can make up to 3 meals - one for now and two to freeze and reheat in the microwave later. 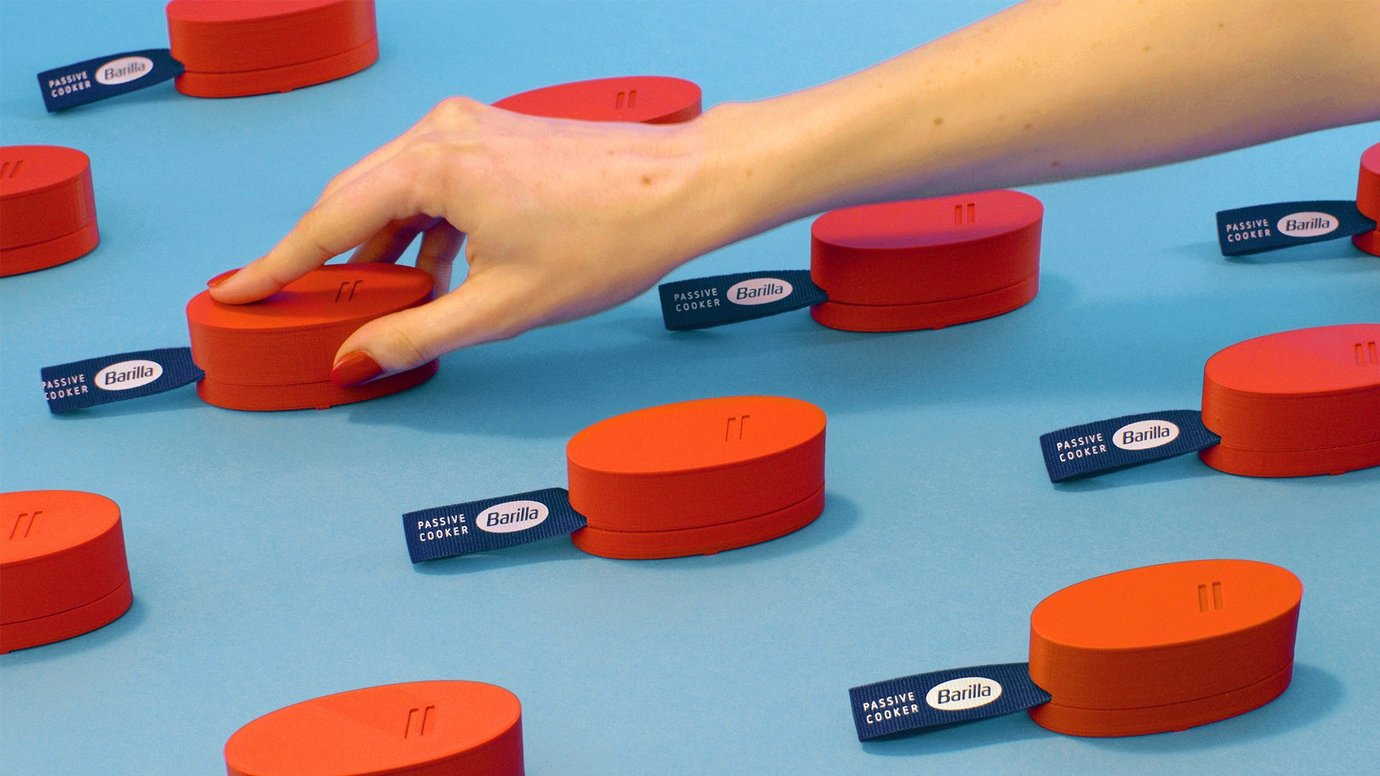 Campaign of the Week: Barilla, The Passive Cooker

Barilla has come up with a device to help with an energy saving method
when cooking pasta.

Barilla has come up with a device

Pull the other one it has a bell on it.

That is just self-evident. You bring some water to boiling point, where it can cook some pasta, and then turn off the heat and the temperature will stay close to boiling anyway for the less than ten minutes you need to cook the stuff anyway.

And no matter how much you keep the heat on, the temperature will never get higher than boiling unless the cooking vessel is sealed, as in a pressure cooker.

Yes, and apparently you keep the lid on. Passive cooking has been around a long time (mid 19 century) but I have never tried it. I’ve heard of doing the same with eggs: boil 1 minute and let rest for 5-9 min according to how soft / hard you want it.

Barilla has come up with a device

According to a few articles on the web, the Passive Cooker is a smart device that connects to people’s mobile phone. It sits on top of the lid and detects when the water is boiling and alerts via an App when it’s time to turn off the stove and when the pasta is ready to eat.

boiling point, where it can cook some pasta, and then turn off the heat and the temperature will stay close to boiling anyway for the less than ten minutes you need to cook the stuff anyway.

no matter how much you keep the heat on, the temperature will never get higher than boiling

Yes. However it is common practice to cook pasta briskly to keep it moving to avoid it sticking together.

Passive cooking has been around a long time (mid 19 century) but I have never tried it.

Yes. It was called haybox cooking. You partly cooked your meal and then put it into a box filled with hay for insulation. But passive cooking sounds much more modern and sciency. In such days the box and the hay was probably zero cost.

Passive Cooker is a smart device that connects to people’s mobile phone.

Indeed. And Barilla is even giving away the plans for it.

I have problems with all this. Let us go step by step.

Haybox cooking does work but if you do it wrong it turns out crap, as Choice found with the Zega digital pot. If you do it really wrong, like a whole chook whose centre only gets warm and sits for some time you have just given the family food poisoning. Unlike the haybox the insulated pot is not zero cost.

Assuming that you do it right how much do you save? Well Barilla says 80% of CO2 and energy. Except they cheat. They don’t count the energy required to get the pot boiling which is substantial.

Sticking to cooking pasta, which will not harm you if underdone, I want to see the numbers. Barilla carefully do not supply them. I will take a guess and say it takes 200 Watts to keep a pot of water boiling, so if we save 10 minutes and electricity costs 35c per killowatt hour, we have just saved about one cent. Compared to all the major efforts that people should make to save hundreds of dollars a year (but often don’t) this is a fart in the bath.

Barilla also decline to say what their wireless thermometer will cost. Has anybody found a price for it? If it is $20 you will get your money back after your have cooked 2000 pots of pasta. If it is $100 because they are not mass produced … How long do the batteries last, will you ever get your money back at all?

Here’s is an idea, let’s forget about the gadget and use our existing kitchen thermometer. You will have to stand there and read it and you won’t be able to check on progress remotely. Really? Are you not in the kitchen checking the sauce or making the salad? Or how about this: ditch the thermometers altogether and test your pasta by pulling out a strand and biting it.

Barilla should have saved this one for 1st April.

what their wireless thermometer will cost.

In the above article it says: ‘Barilla has made the tech open-source so that any budding makers can 3D print the parts and access instructions to put it together…’

I will say that I wouldn’t like to do passive cooking pasta because it doesn’t require that much time to cook anyway.

test your pasta by pulling out a strand and biting it.

test your pasta by pulling out a strand and biting it.

Well that is my test for pasta readiness. Like to see a smart thingy smart phone app that can determine al dente.

Like to see a smart thingy smart phone app that can determine al dente.

Remove a trial strand of pasta from the pot. Wrap it gently around the smart phone and try to lift the phone. If the strand breaks while wrapping it’s not done enough. If the strand breaks on lifting it’s overdone. Works with all brands, models and mobile OS’s. Will give the same perfect result every time.

P.S.
Discard the test strand on completion. You don’t know what it might have acquired from contact with your mobile.

I used to do that with rice, and I still do it with eggs. Eggs into cold water, bring to the boil, turn off, 10 minutes and then plunge into cold water (ice is better) to stop the cooking process (then, you dont get that green colour around the cooked yolk). Also seems to make them easier to peel.

The following prompted a thought that home made breads didn’t have to be from an oven or a bread maker baked loaf. 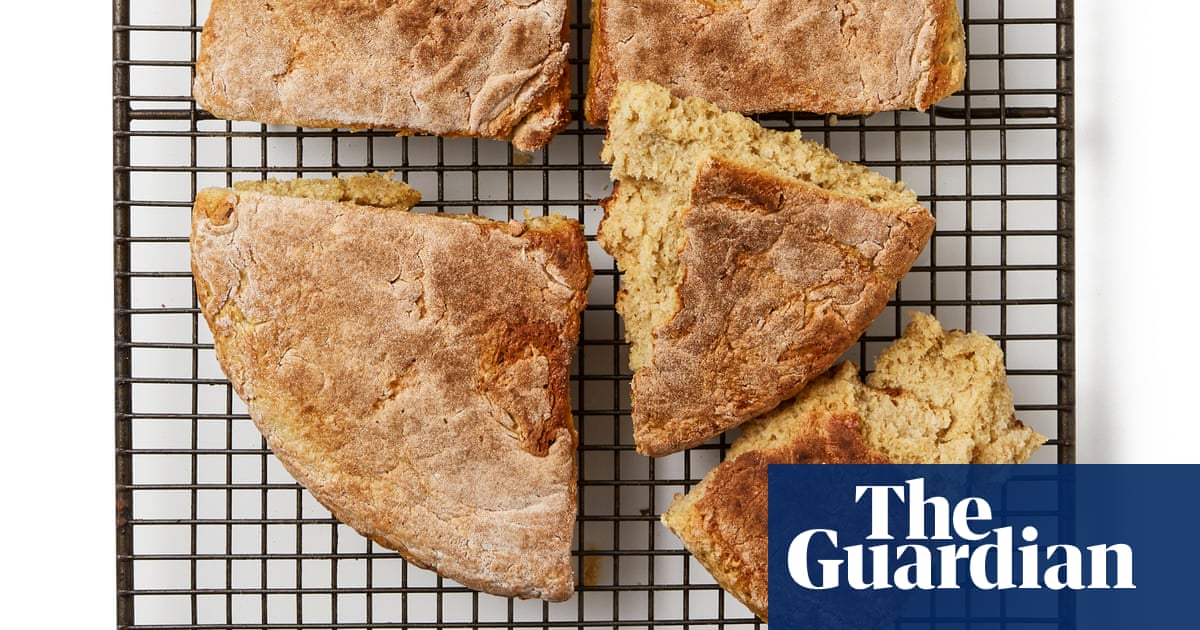 Energy-saving bread: how to make the perfect bannocks – recipe | Felicity...

Save time and effort with these quick, pan-toasted Scottish buns

Just a few minutes of heat in a pan. It reminded me there’s a wide variety of flat and not so flat breads from many different culinary cultures. Many are pan suited requiring a minimum of heat energy and low cost ingredients.

A little bit of topic Mark but when I read the word bannock comes from the Gaelic for bread bannach : must be Irish Gaelic {pronounced gaylick ) . I speak Scottish Gaelic (pronounced garlic ) Our word for bread is Aran . Scottish is a dialect of Irish but differs in the fact that it is consonant based .

A little bit of topic

Appreciate the explanation.
Possibly we should places the blame with The Guardian’s sources. One referenced the culinary attributes of bannocks in Shetland. There is also a linked attribute in the article that points to Queen Victoria’s interest. A very different product.‘https://foodanddrink.scotsman.com/food/a-history-of-the-selkirk-bannock-including-recipe-for-making-your-own/

I’d be happy to call them what ever you choose.

We have not used our wall oven for several years.
We use an Air Fryer or our Convection Oven.
Convection Ovens can cost less than $100 and are great for cooking a roast.