Not looking for one product that does it all, but just a simple yogurt maker. have one at home but it’s 30 years old and guessing that the glass has lead in it and plastic leads might be leaching all kinds of wonderful things into the yogurt as well.

that the glass has lead in it

Not unless your yoghurt maker was ultra high end and made of (lead) crystal, the glass won’t have any lead in it.

Unlikely. It may have been some leaching occurring when new if the plastic was reasonably poor quality (if it is still intact, ten it is likely to be of better quality). What may be happening is as plastic ages, the surface can release microplastic fractions. These microplastic pose no health risks but may be released to the environment though the waste water treatment system.

There are very few yoghurt makers readily available on the market, but a range of different ones mainly available online. However, there is the Easiyo yoghurt maker which is widely available in retail stores/supermarkets and can make good quality yoghurt from scratch (rather than using the premade powders available under the same brand). This is what we do and there are other threads which provide useful information on how this can be done.

The yoghurt make is OLD, around 30 years old. No way of knowing how well it was made, it was expensive back in the day.

Planning on making Organic product. I know what yoghurt maker to get, Plus I can get cultures from them as well.

Milk will be purchased from a farmer and it will be organic.

Trying to remember the old brand so that I can google it.

These microplastic pose no health risks

We are still largely unsure what micro plastics and nano plastic particles may be doing to our health long term. As they build up in the environment and our bodies they may yet be found to pose some risk.

We use the Easiyo yoghurt maker. It is an insulated container, put boiling water in it up to the mark, put the yoghurt container in it, screw insulated lid on, come back in 12 hours.
Works well every time.

Had a flatmate once who made yoghurt using an existing commerical yoghurt (Attiki as it was at the time, havent seen it around for ages) as a starter, and she did it in a casserole dish, wrapped in a towel. Always seemed to work well.

I have an old Decor brand jar and insulated container. I make yoghurt in my Thermomix and pour it into the jar. Works perfectly every time. I had two jars so had a new batch ready but unfortunately it broke recently and Decor don’t make them any more. Haven’t found a jar yet that fits in the insulating container.

Purchased a yohurt maker BUT the jar that I am supposed to make yoghurt in is plastic.

When I called the company they gave me incorrect jar measurements and told me I can use any glass jar.

Today I purchased 2 1Litre jars it will sort of fit. (the internal platic lid doesn’t sit comfortably. The top lid is just fine. (Two as I can only make 1 Lt at a time and it’s not enough for the week. Plus Organic Milk from farmers markets might not have as long shelf life as UHT)

Any of the other jars same size? Have a look at shrift stores. It’s amazing what people throw out.

You do not need a yoghurt maker. Simply add a tablespoon of Greek yoghurt to a litre of slightly warm milk. Place it in a pre-heated thermos and wrap it in a towel. Stand at room temperature. The next morning your yoghurt will be ready to flavour and enjoy.

I purchased it plus culture.

I know there are many shortcuts but buying a thermos would have cost me more.

PLUS Greek youghurt doesn’t have the pro biotic culture added

Greek Yoghurt does contain probiotics as it needs the bacteria to create the Yoghurt. Some yoghurts contain different strains of bacteria but the bacteria are all termed probiotics. Prebiotics eg inulin are the “foods” that promote the growth of the bacteria and fungi usually found in the gut (particularly the large intestine gut flora and fauna) 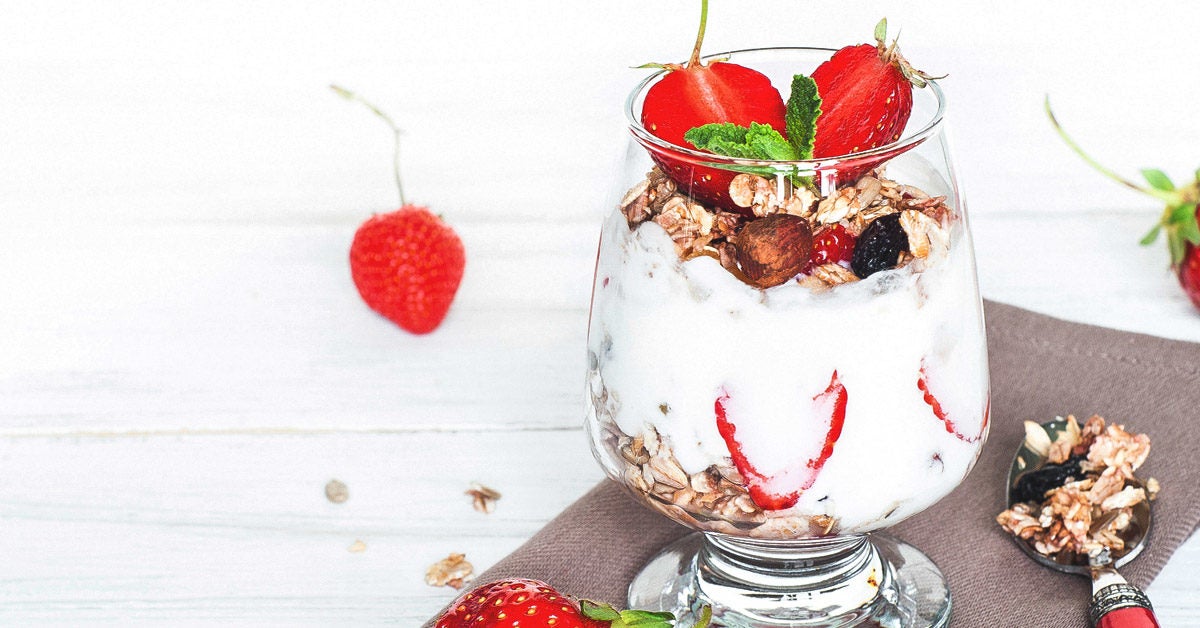 Greek yogurt has more nutrients and vitamins than regular yogurt. Read how this healthy food can help your skin, workouts, and overall health.

An overview of probiotics – their benefits and how they work, supplements and foods with probiotics, the best probiotics for different conditions, and possible side effects. Probiotics are live microorganisms promoted with claims that they provide health benefits when consumed, generally by improving or restoring the gut flora. Probiotics are considered generally safe to consume, but may cause bacteria-host interactions and unwanted side effects in rare cases. There is little evidence that probiotics bring the health benefits claimed for them. The original theory, similar to the modern concept, but not the term, is generally attributed to Nobel laureate Élie Metchni...

Prebiotics are compounds in food that induce the growth or activity of beneficial microorganisms such as bacteria and fungi. The most common example is in the gastrointestinal tract, where prebiotics can alter the composition of organisms in the gut microbiome. Dietary prebiotics are typically nondigestible fiber compounds that pass undigested through the upper part of the gastrointestinal tract and stimulate the growth or activity of advantageous bacteria that colonize the large bowel by acti...

yes I do need one.

A company will say this because they don’t want to be seen as promoting the use of their products for something it wasn’t intended for its use. It exposes them to potential liabilities should a recommendation prove at some time not to be all that great.