Would you try meat substitues?

That is exactly what is wrong with them.

If they are against eating real meat, why do they need to imitate it?

Pretend “meat” vegan foods have been around for many years including pretend sausages, pretend beef patties, and so on

As the old saying goes, “If you cannot handle the heat, then stay out of the kitchen”.

Well a lot of people who are vegan or vegetarian like the taste and textures, just not the actual fact that an animal has to be killed to eat it. At the end of the day if having closer imitations makes them happy then more power to them! Why get offended at someone else’s tastes?

I wonder if we should include chicken nuggets and seafood extender or crab sticks in the same category. It’s only a short step from being something it is not.

Oyster Sauce, no oysters apparently! (edit, **They do contain extract of Oyster, thanks @grahroll)

Little boys, aka cheerios, no children and lots of stuff that is not meat derived! Worse if you believed my gran and her view of how the butcher cleaned the shop floor?

We take great pride apparently in misrepresenting what is in our food products and giving them faux labels.

If it seems like a new idea, Mock Turtle Soup was big in the USA and England from the mid 18th Century. No turtle within a thousand miles of the cook!

Campbells even made a canned version. Calf’s head and horn soup with brains, and forcemeat might be a more apt description. 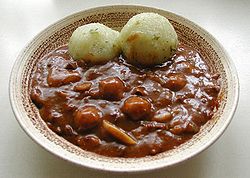 Mock turtle soup is an English soup that was created in the mid-18th century as a cheaper imitation of green turtle soup. It often uses brains and organ meats such as calf's head or a calf's foot to duplicate the texture and flavour of the original's turtle meat. Mrs. Fowle's Mock Turtle Soup: Take a large calf's head. Scald off the hair. Boil it until the horn is tender, then cut it into slices about the size of your finger, with as little lean as possible. Have ready three pints of good mutto...

Given history and tradition, I’m not so sure any one of us can be strict on what we prepare, how it is presented or how it is described.

Who could say no to a big bowl of bacon ice cream?

edit note - **Oyster Extract
Traditional Oyster sauce is, made from oysters. It’s a mixture of caramelized oyster juices (a byproduct of cooking oysters in water for a prolonged period of time), salt, sugar, and sometimes soy sauce that is thickened with cornstarch . What you end up with inside the bottle is a dark, syrupy sauce that resembles whatever the love child of soy sauce and barbecue sauce would look like.

The oyster sauces we buy always have oyster extract as part of the ingredient list, I guess there are ones that don’t but none of ours so far have not had oyster extract in them.

The oyster sauces we buy always have oyster extract as part of the ingredient list,

I agree. Traditionally the sauce and extract is similar to making and using a stock from chicken or roast vegetables to make a soup. Only you then leave the chicken or vegetables out of the stock and rely on the flavour extracted as you would for a clear broth.

Oyster sauces today are usually made with a base of sugar and salt and thickened with corn starch. Oyster extracts or essences are then used to give flavour to the base sauce. Other ingredients, such as soy sauce and MSG, may also be added to deepen the flavour and add colour. 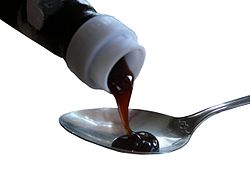 Oyster sauce describes a number of sauces made by cooking oysters. The most common in modern use is a viscous dark brown condiment made from oyster extracts, sugar, salt and water thickened with corn starch. Some versions may be darkened with caramel, though high-quality oyster sauce is naturally dark. It is commonly used in Cantonese, Thai, Malay, Vietnamese and Khmer cuisine. Oyster sauce was invented accidentally by Lee Kum Sheung in Nanshui, Zhuhai, Guangdong Province, China, in 1888. He r...

no monkeys were harmed …

Monkey gland sauce is a restaurant item in South Africa. The tangy sauce is prepared in several manners, and may include a blend of fruit and spices. It is typically served with meats, such as steak, hamburgers, pork ribs or chicken. Several popular South African fast food chains serve a monkey gland burger. Despite the name, the sauce does not involve monkeys in any way. Instead, it is made up of chopped onion, garlic and ginger, with a combination of chutney, soy sauce, mustard, Worcestershire...

They do not want to eat real meat but their artifical meat must look, taste and even bleed like real meat.

It could be that humans are omnivores (and the digestive system has evolved to handle meat and vegetable based diets), and there is a psychological desire to have something which look like meat. Tricking the body into thinking it is meat may give one the psychological fix needed for food enjoyment.

Don’t know, but it could be possible …it could be something which is programmed into our DNA, just like other animals which are borne and know exactly what foods to eat and not eat.

A post was split to a new topic: Soy price increase

In the UK in the 1970s our family often ate “meat” made of soy which tasted like beef.

An article regarding researchers warning that some of these pretend meat products are not actually healthy. 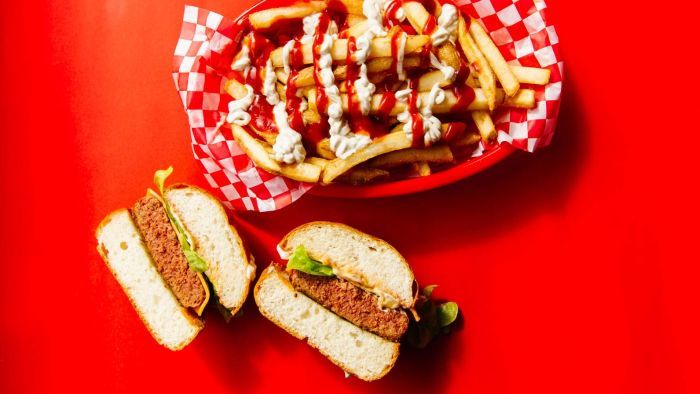 Study finds 'fake meats' could pose their own health risks

Pork-free bacon, tofu-based sausages and other so-called fake meats on supermarket shelves are booming, but new research finds they may not be as healthy as their marketing would suggest.

They could be, but to make them be tasty, they have succumbe to salt/sodium and fats to provide a better?) eating experience. For example:

One has to remember that non-meat food products are highly processed and contain a lot of additives/ingredients which are not present in the meat product. If one takes mince for example, the difference in ingredients shows the level of processing…

(note:fresh beef mince can’t be imported, however, non-meat mince can be).

If one compares the nutritional panels of the two above minces:

One can see that the meat free mince contributes more salt and sugar to ones diet compared to the regular beef mince.

I love the synopsis. Well done Choice testers for persevering. 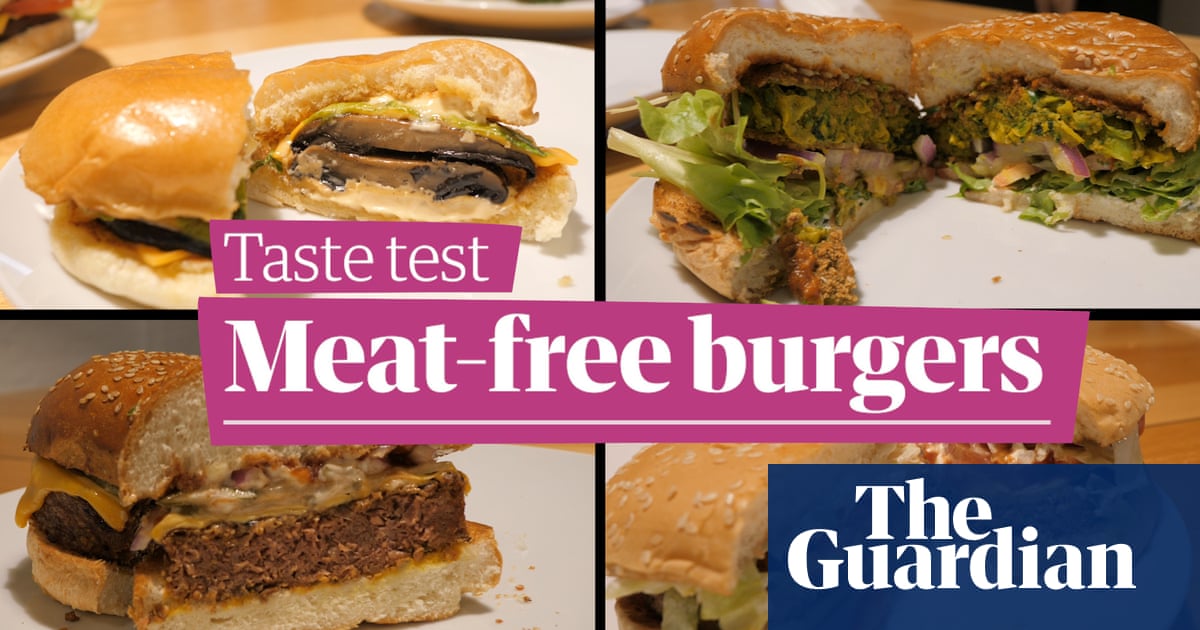 Fake meat taste test: 'They had to keep running away from the pan to gag'

Surprised how long ‘fake meat’ has been around? 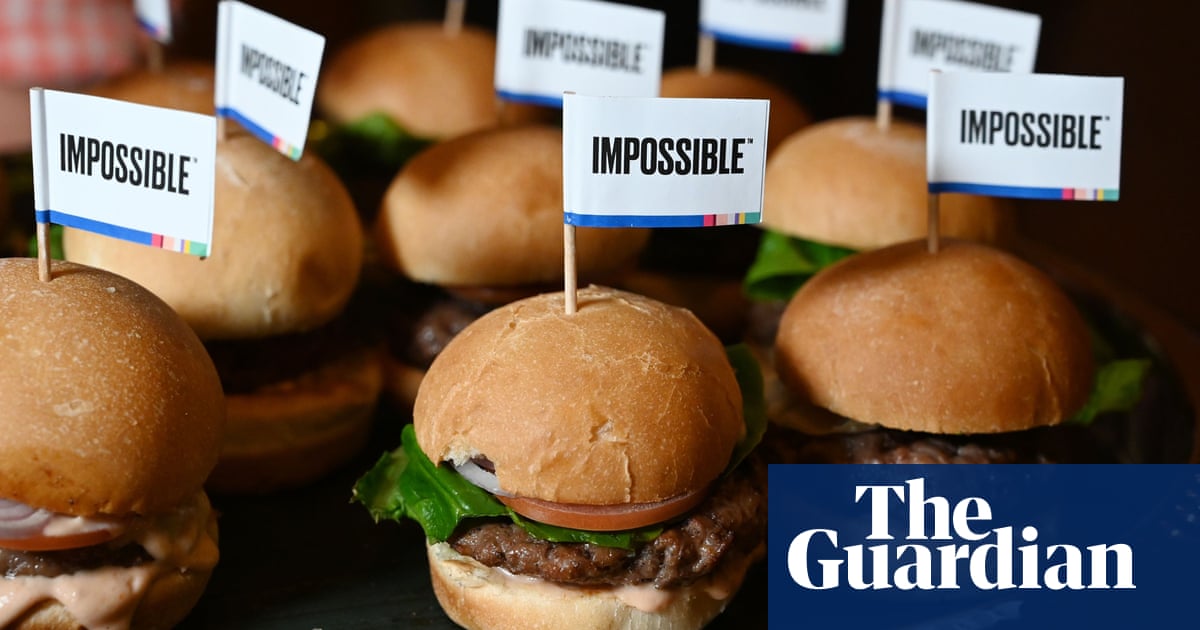 Plant-based burgers are all the rage in 2020, but meat substitutes date back to at least 965. Will we ever invent the perfect proxy – or should we forget about meat altogether?

If they are against eating real meat, why do they need to imitate it?

Whilst at Coles today, I saw these two pretend meats. 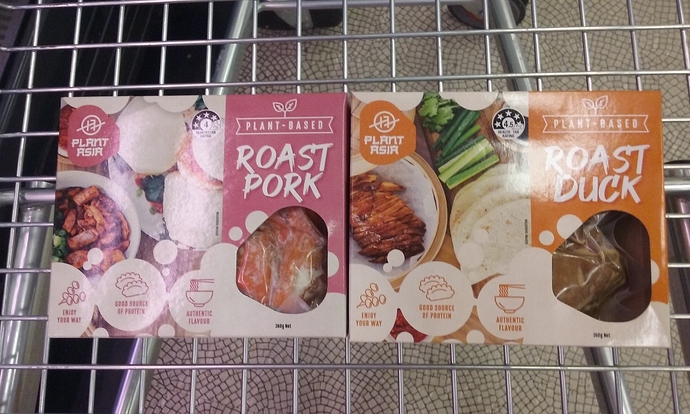 About as authentic as Captain Cook’s axe after the head was replaced 3 times and the handle was replaced 9 times.

What next?. A 1971 Ford Falcon GTHO made out of plant materials and passed off as an authentic supercar?

Did you taste test it? If not how can you confirm whether the flavour was authentic?

While I haven’t tried those brands, I have tried faux duck at some restaurants in Cabramatta. Surprisingly realistic and very tasty!

Did you taste test it?

No. I would not even feed it to our little dog.

The only fake meat I have ever eaten, and will ever eat, is mock chicken.

confirm whether the flavour was authentic?

Something fake cannot be authentic.

On the contrary! My mother makes a killer vegetable based pasta sauce which most people don’t even realise is vegetable based. (Works great on little kids