When I was at Woollies last week, I “earned” 1 Lion King Ooshie and when the attendent handed it to me, I wondered why she initialed the receipt.

My wife saw comments on social media yesterday regarding some woman who posted how she picked up a discarded Woolies receipt for a large sum, went into the store and claimed the toys,and then posted it on Facebook, following which Woollies instructed all staff that they had to initial all claimed receipts much to the outrage of other consumers.

Whilst at Woollies today when I “earned” 2 Ooshies, the attended handed them to me and initialed my receipt.

I asked her if it was true regarding staff having been instructed to initial all claimed receipts which she confirmed and she said that the Facebook poster “had spoiled it for all of us”.

Anyone would think that Woollies were handing out $20 notes instead of 2 cent toys.

At least Coles have not stooped to this new level of cheap.

Our Coles does have them initialed by the checkout staff. They are probably just catching up.

Oops. I thought the toys were only worth 2 cents each, but according to this page on Woollies next catalogue, they are valued at $3 each.

Perhaps they will need armed security guards at the exits

And now there are scammers selling fake gold lions. 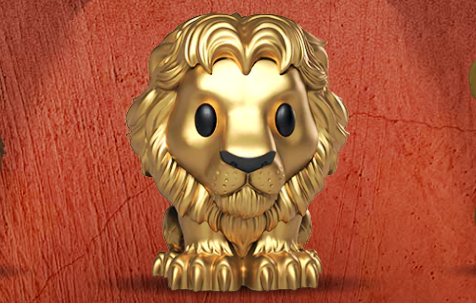 How many rare Ooshie Lion King collectibles are there?

We had a gold one the other day as well as a Timon??. Two kids in line ahead of us got two gold lions.

Coles are quickly closing the gap to Woollies in the Cheapskate Stakes.

When I was at our local Coles yesterday, i collected the 2 Litle Shop toys for the grandkids and the attendent signed my receipt.

She was absolutely disgusted that Coles had followed Woolies in this new race to the bottom.

Gambling for kids: Woolworth's Ooshies is a cautionary tale about cashing in...

Ooshies, the plastic collectible toys Australian supermarket chain Woolworths is using to lure shoppers to its aisles, aren’t just a bit of fun.

Whilst at our local Coles this week, the self-service checkout attendant told me that it was not worth losing her job for handing out any Little Shop toys more than what was shown on the docket she had to sign.

But yesterday I read about the Coles executive who has been charged with allegedly stealing $2 million from them.

In the interim I’ll settle for the moulded recycled compressed wood fibre waste versions. Should be great for the compost?

Oh! Just more plastic for landfill.
But if you remember, Woolies will recycle your unloved ones.
https://www.terracycle.com/en-AU/brigades/woolworths_ooshies

If only Woolies and Coles were as keen to recycle our landfill destined hand wash pump etc action dispenser tops.

P.S.
Would Woolies etc be better advised to offer a carbon credit voucher (digital preferred) to every customer who refuses an Ooshie? When you have earned enough Cash in for a bag of firewood or a tree to plant. Where’s Craig R?

Meanwhile, over at Coles, they are now pushing the super rare 100 edition only gold treehouse book.

Too bad our local Coles has had no stocks of any of the books for weeks now.

And the stupidity is running rampant once again.

Meanwhile, over at Coles, they are now pushing the super rare 100 edition only gold treehouse book

We spoke with our son on the weekend who mentioned that their youngest child, who previously had no interest at all in reading, cannot get enough of the Coles Treehouse books.

It appears that the pen is mightier than the plastic.

You could win 1 of 5 Ooshie sets and go into the draw to win the ultra rare The Child Ooshie.