CHOICE tested nine sprays and found the cheapest one performed the best. We also tested a number of pricey powders.

View the results for all the stain removers we tested for free. 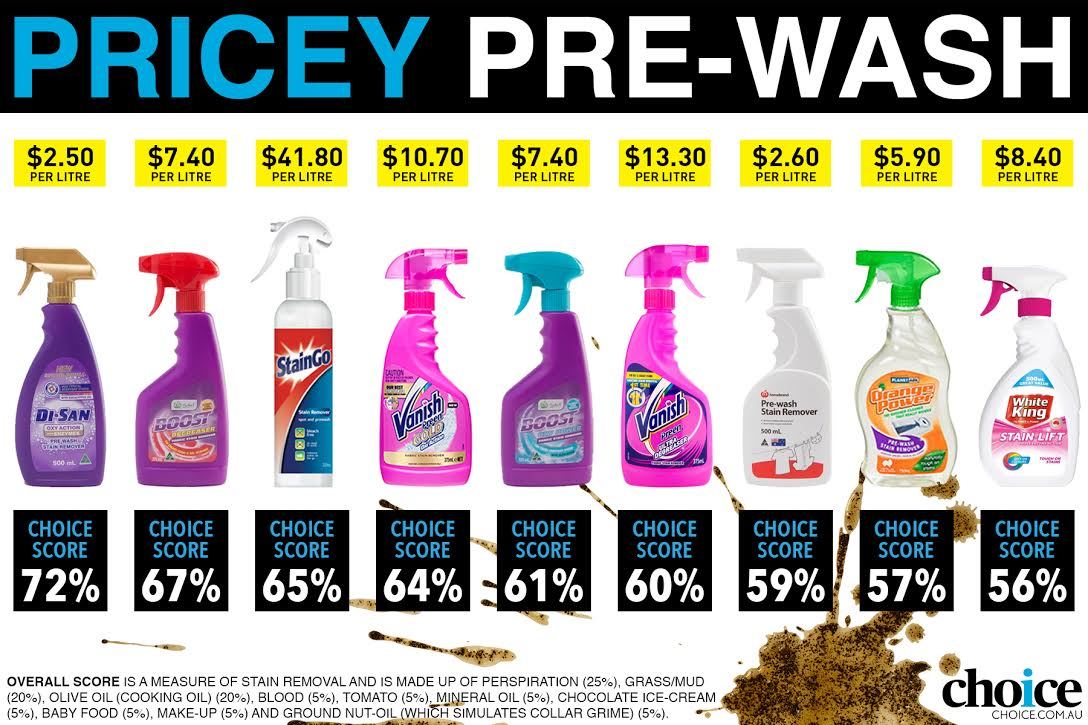 …and this is why I’m a Choice member. I reckon I’m in front money wise by buying recommended products. Hell, I was miles in front after buying one of your recommended vacuum cleaners not long after joining. Thanks guys

Which one did you buy?

Hi Therese, the model we bought was a Miele C1 Compact. Godfreys were selling them for about $320 at the time (earlier in the year) and we snapped ours up during one of their sales for $199. The Choice Vacuum Cleaner page has since been updated and our exact model isn’t there anymore. The wife almost enjoys doing the vacuuming with this machine.

Thank you very much! M

I have found rubbing Aldi Tandil ultra dishwashing liquid into an old olive oil stain on a t shirt (that not even Di San would remove )and then pouring boiling hot water straight from the kettle and soaking it for ten minutes then washing it in washing machine removed the stain. I haven’t tried other dishwashing liquids or pouring boiling water over Di San stain remover sprayed on a similar stain ,meaning it may have one or the other the Tandil or just the addition of boiling water ,but I have rescued a number of stained t- shirts from the rubbish bin using this method.

Sard wasn’t in the test. Both spray and stick work well. The Vanish paste trick works well too. I’ll bet a lot of dishwashing liquids would work if applied neat. And don’t forget saliva for an immediate fix if you get pasta sauce etc on you in the restaurant or on a plane (or at home for that matter). A good suck with a decent amount of spit in your mouth works wonders.

Sard was present from what I could see but was present as two powders and not a spray. Both powders failed to get a Recommended status.

Stain remover results are in for 2019: 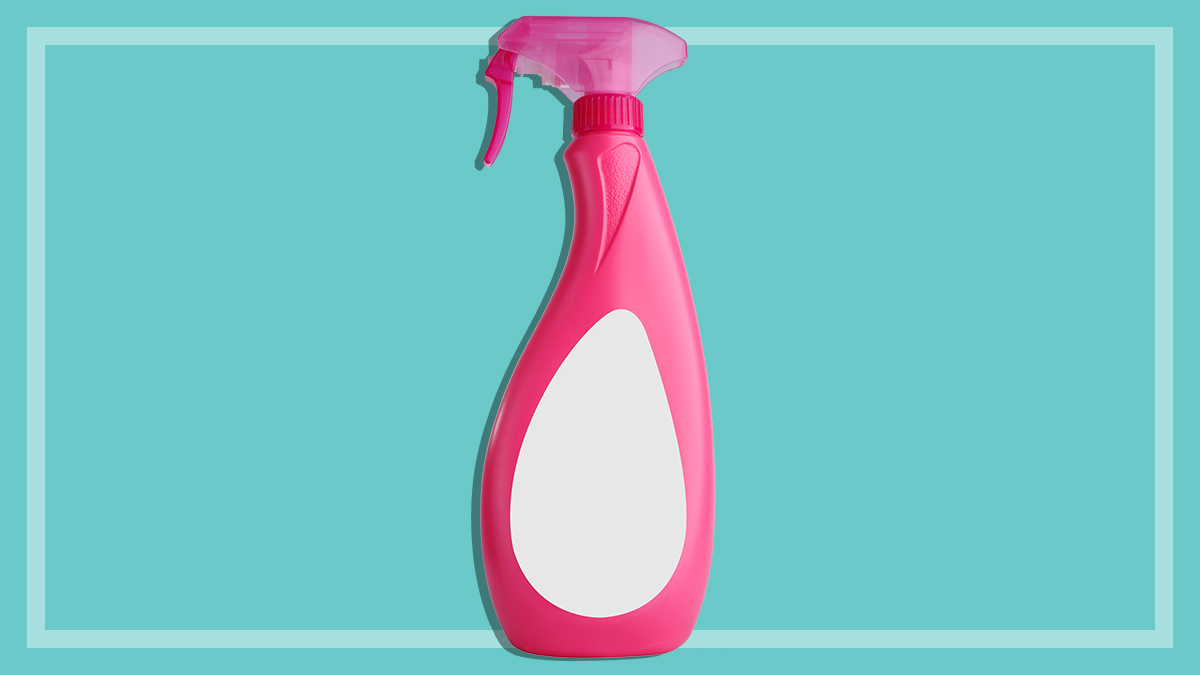 Stain remover results are in for 2019:

Based on that, I’ll grab some Aldi stuff next time I am there. I currently use a dab-on from Dylon. ONly good for spot staining really.

For those who would like a little extra detail, here’s a closer look at the best and worst stain removers:

We tested stain removers from brands like Vanish, White King and Sard, as well as products from Woolworths, Coles and Aldi, to see which ones worked best on stains like blood, chocolate ice cream, oil, makeup, grass and perspiration.

@BrendanMays, I was just looking at a Choice review of a carpet stain remover and thought you may wish to change the score given its current price as displayed on the Choice website. 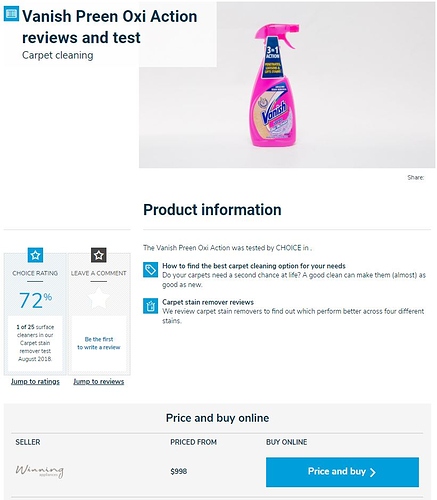 Thanks for the report. Should be working correctly now - that would be one expensive spray!

See our stain remover review table or skip to the best and worst products.