Looking to recent and not so recent events.
There are reports of different products fitted with rechargeable batteries catching fire, causing fires or exploding.

Examples of the types of appliances, tools, and larger (EG ride in mowers) at risk cover a number of Choice product review categories. Does Choice consider the battery chemistry, charger type and brand of cell or product in scoring these items?

Is it important for consumers to be better informed on which products are lower or at greater risk of hazardous failure?

A recent ABC article picked up in another topic by @phb,

Firefighters are concerned the number of residential blazes being triggered by rechargeable lithium-ion batteries will “increase considerably” over coming years, as devices like electric scooters become more popular.
There were 46 fires ignited by the common type of batteries in Queensland during the last financial year.

There is a long history of laptop battery fires or failures and issues with batteries installed on one model of Boeing aircraft.

For the more technically curious and learned in the community they may be able to make an informed choice. For most consumers the assumption is they are not likely to have the immediate knowledge to decide.

One consequence of poor information and understanding will be to drive consumers away from rechargeable options. The opposite behaviour is also possible with some consumers purchasing products without fully considering or understanding which brand/models or technologies require added care or avoidance.

P.S.
On a brighter note, the prospects of a better rechargeable based on Graphene Aluminium-ion technology is one step closer. The big advance is in reducing the cost of producing the graphene using an Australian developed patent process. As an aside the button cells the technology can deliver are considered non toxic.

‘GMG makes a ‘near to zero emissions’ battery; Rio Tinto aboard

There is nothing intrinsically dangerous with lithium batteries used in rechargable devices. The risk is in poorly made batteries.
In the past.
The examples cited were sorted out by fixing manufacturing defects.
Many 787’s are flying around today once the issue was sorted out.
How often do you hear about mobile phones catching fire these days?

There is nothing intrinsically dangerous with lithium batteries used in rechargable devices.

46 fires in 12 months across a single state attributed to the use of products that contained lithium rechargeable batteries. One demonstration of the potential to cause harm, damage or loss.

It meets the definition of a hazard and has in two instances caused loss of life, the full circumstances of which are subject to inquests.

The risk is in poorly made batteries.

Tesla which has had a number of frequently shared YouTube videos of it’s burning vehicles might disagree.
And closer to home. Speculation will be rife as to the cause of the fire which destroyed one Tesla Megapack and damaged another in Moorabool on Friday. Investigators are waiting until the site is deemed safe to begin their forensic examination.

There is always a risk of a poorly made battery. However some battery chemistries are promoted as safer than others, and some manufacturers supposedly more reliable. 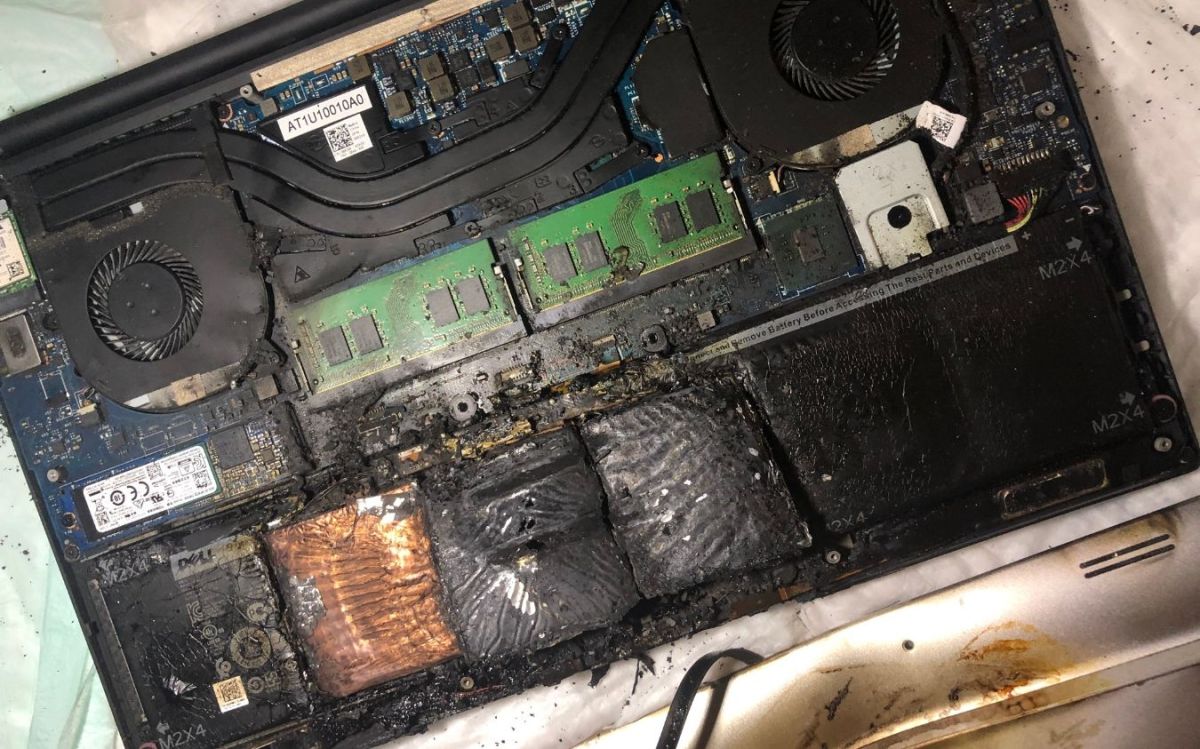 A Reddit user claims their Dell XPS 15 exploded while charging overnight. Images show the grisly effect of the damage on the machine.

Back to the OP.
It was never proposed that all lithium technology batteries are unsafe.

An alternative is to say we don’t known which devices are most at risk. If that is true the hierarchy of controls from an OHS standard would say the risk of continued use, given the recent fatalities is unacceptable.

Great idea. Needs a test. That implies looking at the risks and their causes, precautions, etc.

Would this topic be appropriate for an oversight organisation such as the EESS rather than an arms length advisory non-profit like Choice?

EESS appears to be a good core but under its current scope is ‘not there’ [yet but could be, in theory].

given the recent fatalities is unacceptable.

And what would these be?

And what would these be?

As noted in the original post and reported by the ABC per @phb link.

Hopefully the Coroner will be able to say why the batteries/charging caused both fires.

The US takeup leads ours. This is just re New York City

In 2011 I researched the fire risk in electric vehicles:

Some of the findings are relevant to small rechargeable batteries.

How might this have changed 11 years on?
When exposed to environmental events, EG impact/crashes, are battery technologies available today more resistant to ignition than older designs?

Some battery technologies are also a potential source of fuel in a fire event. It’s nothing new for most vehicle manufacturers. Has the industry responded?

Petrol ICE have a long history of flammable and explosive events. We’re reminded nightly by the powers of Hollywood just how explosive vehicle collisions are. Diesel powered trucks and equipment also feature. Fortunately in the real world car makers have largely reduced but not eliminated the likelihood, although the hazard has not been eliminated.

I would caution you on this “nothing intrinsically dangerous” belief with regards Lithium-ion batteries.

It is more how they are taken care of and used that increases the risk on them.

As an example, my husband bought a Microsoft Surface tablet 5 years ago. Nothing wrong with the device and battery except that he used it as a “desktop”, i.e. constantly plugged into the hub and charger, even when “powered off”.

We took it to a PC repair and the gent’s first reaction was to “back away slowly” and he commented that the Li-ion battery was now a fire risk because it had overheated over time and bubbled.

His suggestion was to get rid of it quickly and we did after extracting the SSD inside.

The battery was manufactured by a reputable company and I don’t think Microsoft would have used “poorly made batteries” or, if they did, there would have been a recall over the last 5 years.

Leaving batteries on wrong chargers (too much power being fed into them when recharging), letting them overheat (not cooling them properly during recharge) or other factors in “abusing” them can lead to the risks.

Don’t get me wrong. Old Lead acid batteries (as used in UPS devices, alarm systems, etc) can also become a hazard/fire risk if the battery gets old and swells and then bursts its sealed container.