What food or drink price rises have you noticed recently?

Brendan. People should be on the look out for, and report, pack size reductions, as well as price rises. Pack size reductions, which are rarely accompanied by price reductions and often by price increases, can significantly increase the cost per unit of measure (unit price) and cause “shrinkflation”.

There is separate conversation about pack size reductions that is still active and can be used to report them.

Ideally, when supermarket chains commit to.keeping prices at current levels for a stated period, or even reducing prices, they should also commit to not reducing pack sizes.

I’m puzzled by the following observation in Woolworths ‘fresh as’ food section.

Need some potatoes. Loose or with added value prepackaged and weighed?
Brushed $3.50 /kg loose or $2.75 /kg if you buy the 2kg bulk pack. 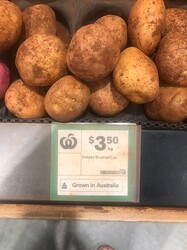 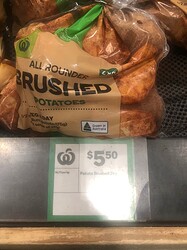 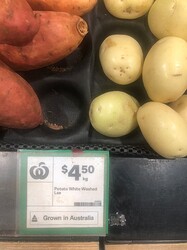 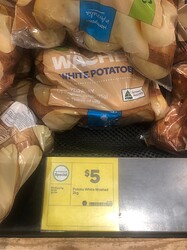 For singles/couples and also those with limited hand abilities the most attractive product might be to pick up a couple of the loose washed potatoes. The most expensive option at $4.50 kg. It seems counter to logic that it costs less to prepack and handle 2kg bags than bulk loose. Perhaps a temporary spike?

It seems counter to logic that it costs less to prepack and handle 2kg bags than bulk loose.

As many have observed prices are not always connected to costs of production and distribution but are what the market will bear. In other cases they may want to move old stock that is prepacked, or move loose stock that they know has been sitting for a week, and sometimes a single variety/flavour of product will be half priced with the others at full RRP if it hasn’t moved.

The last few weeks the lose snap peas have been pretty ordinary looking but what one could feel in the prepacked bags seemed much better as well as more expensive. The differences would be in the bags, the packing overheads, and recently the perceived (and proven) freshness. Sometimes the prepacks have been cheaper with the reverse tactile impressions. It makes sense for inventory management.

I am a regular consumer of rice “milk” (why manufacturers can get away with calling such a product “milk” is mystifying and not only to dairy producers).
My go to brand was ALDI’s (as it’s price at $1.59 per litre was cheaper than its rivals and its ingredients were almost identical), but that changed recently when the price escalated by 25% to $1.99 and the new product was calcium-free. As far as I know, it’s the only calcium free rice milk sold and hence it’s nutritional value escapes me.

While in a Woolies store this morning, I found my new brand of choice: Pure Harvest. This until last week sold for $2.20 per litre.
Today I saw it selling for $2.75, a whopping ALDI-like 25% price rise. What possible justification is there for such a hike? Is it a coincidence that two retailers apply mirror image price changes?

Well, more shocks in store…
Further to my above post in August, did the shopping yesterday, and found the milk price has now increased to $3…for a litre…that happened within the last week.

What annoys me just as much is they are just adding lactase, not actually removing anything. So unless the cost of lactase has skyrocketed, how on earth can they justify this??

how on earth can they justify this??

Dairy prices have increased substantially across the board, not only limited to lactose free milks. This ABC article explains why: 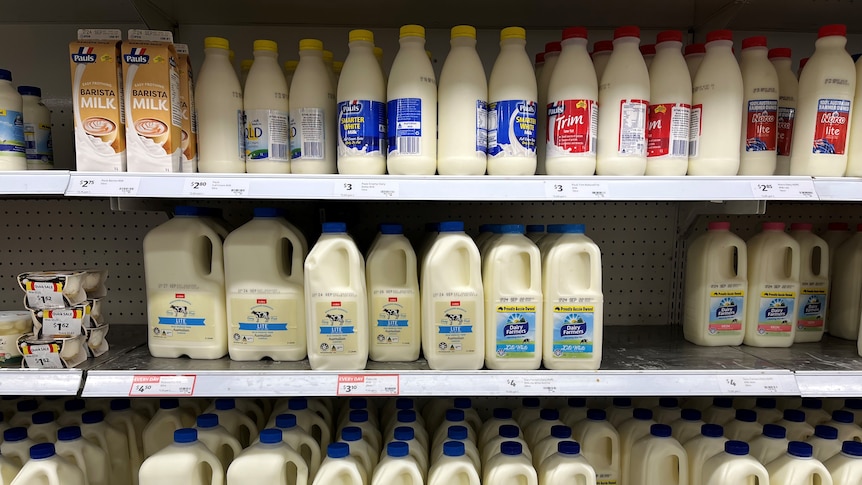 You could soon be paying more for a bottle of milk after a massive shortfall in production across Australia. Meanwhile, local dairy farmers are leaving the industry in droves.

I had heard a few months back the cheap 1 dollar coffee at Coles and 7 elven are going up because of coffee prices going up. I noticed the banana bread went up 25 cents at 7 elven. Amazing it already cost 2.50 per slice anyway i still like them.

The cheek of retailers calling a sugar laden banana cake a “bread”! While on the topic of price rises and bread, Fairfax Media on 14/01/23 mentioned grain prices have FALLEN in the last year. So one would expect cakes and breads to FALL or at least not RISE in price.
So why has ALDI cranked up the price of their multigrain sourdough, which was $2.99 until from memory 2021 and now sells for $3.99. A whopping 29% mark up!

grain prices have FALLEN in the last year. So one would expect cakes and breads to FALL or at least not RISE in price

Is the Aldi product made in Australia from all Australian ingredients?
If so consider -

I’d still prefer my cakes and bread to rise.

So one would expect cakes and breads to FALL or at least not RISE in price.

If only the price of grain determined the selling price of the bread.

There are other costs to breadmaking, labour and fuel among them.

Then there are the mysteries of marketing. Why were all the other prices between 2.99 and 3.99 skipped? Perhaps 2.99 was a loss leader and 3.99 is nearer the “real” price.

I was speaking to a local store owner he said that when the price of fresh fruit for example is on special he makes no money because it is below the normal price. He said old ripe fruit vegetables get thrown out after a period. He said the previous owners were pretty slack at getting rid of the older stock.

Even if energy prices rose, even by 20%, which is not true for those who have long term contracts, I doubt energy is so large a component of the cost of production to justify a whopping 29% price hike. Let’s not forget not only have grain prices tanked but wages are not rising.
I think that ALDI is becoming more comfortable in the AU marketplace and is behaving like the two Big Boys.

Even if energy prices rose, even by 20%, which is not true for those who have long term contracts, I doubt energy is so large a component of the cost of production to justify a whopping 29% price hike.

Energy itself doesn’t. Increasing energy costs are only one component impacting on current food price inflation. The Guardian and ABC penned some articles explaining what factors are involved: 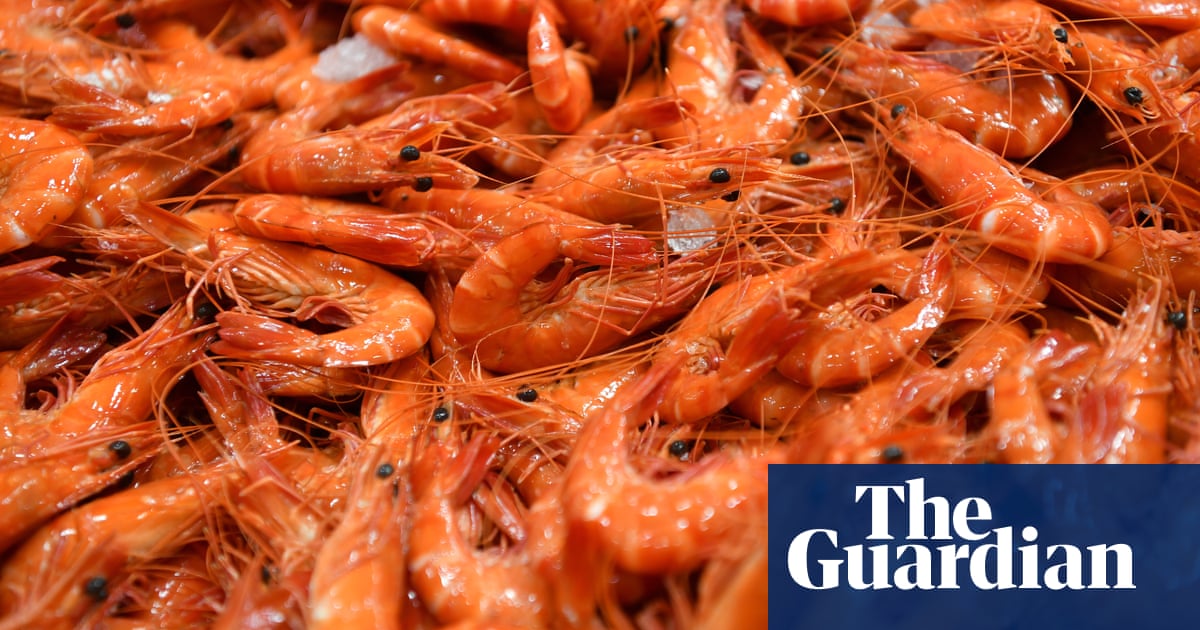 Food prices are rising – but you can still enjoy a classic Australian...

War in Ukraine, floods and Covid mean that turkey, trees and cherries are in short supply this year. But at least there’s a glut of wine 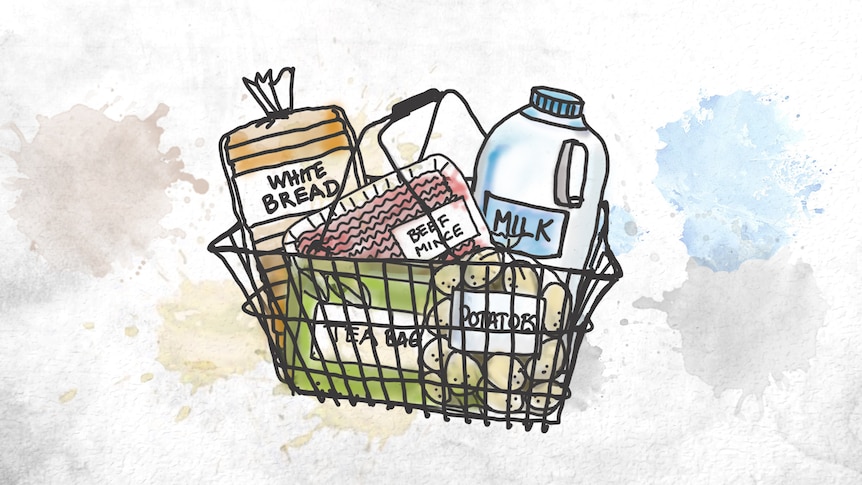 Groceries burning a hole in your wallet? Here's why

The official verdict is in. Inflation has experienced its steepest rise in 32 years. So why are basic goods costing more?

And the current food price inflation isn’t restricted to Australia. It is occurring around the world.

No. I don’t know in detail why this price went up. I was pointing out that absent any information directly about it the reason is just speculation. The common refrain of greed and the desire to exploit the customer is often an assumption.

I doubt energy is so large a component of the cost of production to justify a whopping 29% price hike.

True, it’s just one of many cost components in the manufacturing of bakery products. Modern businesses and their cost structures are complex. Noted @phb has provided some useful links as to why the overall cost increases.

As an alternate point of reference.
I could suggest that today Helgas basic loafs by crude memory from early 2022 retailed at Woolies for $3.30 to $3.50. As low as $3.00 on specials prior. Abbotts Bakery were typically a little dearer by 10-20cents. Today they are $4.40 and $4.30 respectively. Subjectively an approx 20-25% price increase. 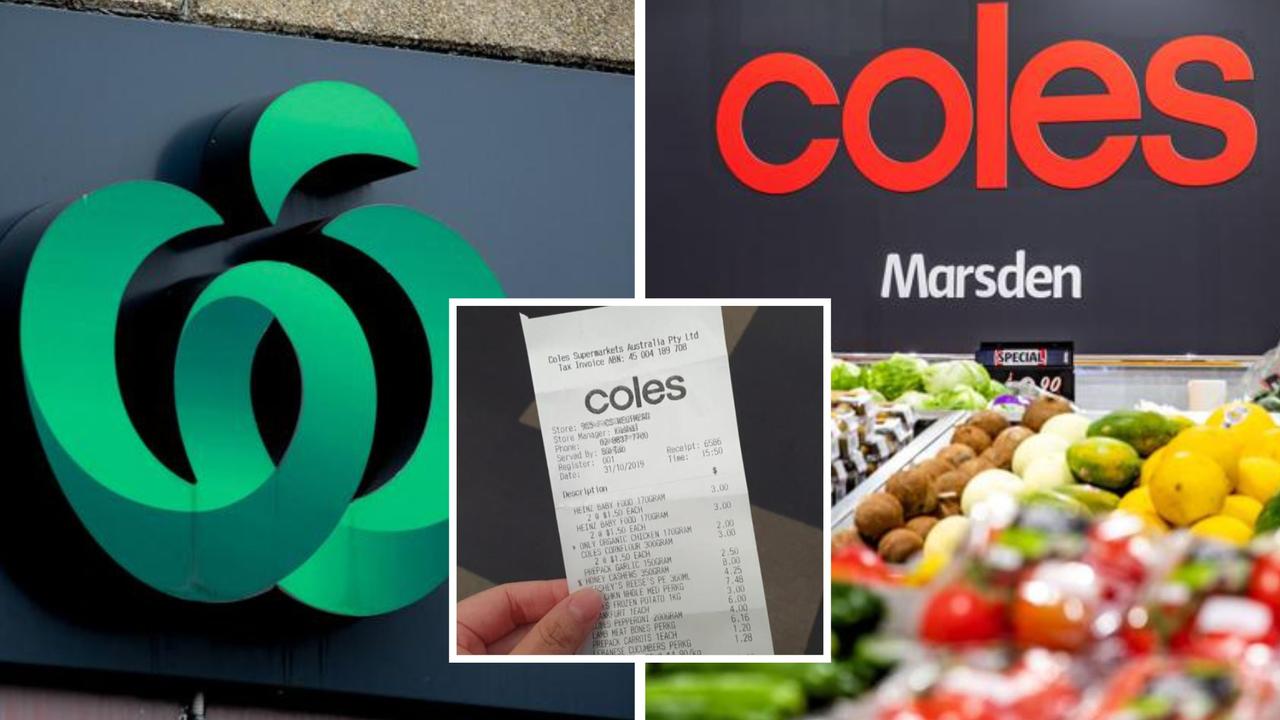 Food prices in Coles and Woolworths soared by almost 10 per cent in the three months to December, new research has shown.

This is correct, many products advertised with a price reduction of 10% or 20% are still a lot dearer than they were a year ago.

The writer of the article doesn’t seem to know or care whether the quoted percentage figures relate to increases over 1 month, 3 months or 12 months. For the record, they all seem to relate to annual increases. Just when you think the bar for being a journalist couldn’t get any lower …

Bread in my nearest town travels 570km to get there. With fuel prices what they are, and energy prices, the big increase in bread prices is to be expected. Price has gone up from $5.40 to $6.70.