What do you do with the sliced bread ends?

What do you do with the ends (sometimes also called crusts) of the loaf of bread?

Bread slicing always means that there are two ends to the bread. As a average loaf will have around 16-20 slices, the ends make up about 10-12.5% of the total loaf. Over a year, this means there can be a large amount of bread ends purchased with loaves of bread.

We have all heard that crusts make hair grow curly (or straight depending on what your parents told you as a child), but do you eat them or do something else with them. Let us know…

We usually use them in our sandwich toaster, with the crust side facing outwards. The crust tend to crisp up more than the non-crust sides.

We also toast them for the same reason.

If the end is not a full slice or very thin and fragile, we use these to feed animals such as the local school’s chickens. If this is not practicable, as a last resort we add them to our worm farm.

We use them in our chicken stuffing as per today when I used 4 of them, or else we feed them to the local scrub turkeys which visit us regularly.

We only buy Coles multigrain bread so it is good for them also.

…Coles multigrain bread so it is good for them…

I’m pretty sure that processed foods such as bread, be they from Coles or any other purveyor of baked goods, are not good for birds or other native animals.

and another is lumpy jaw, which can affect native animals such as kangaroos who have been fed too much soft processed food such as bread, which can accumulate and go off in their mouth. Then there’s the issue of their actual dietary requirements for health, which do not include bread!

Mr Z thinks the crusts are the best part of the loaf. I make bread and he has asked if I can find a pan that is two crusts and one slice wide. Then he’ll be in heaven.

Feed them to the birds …

I eat it, it’s still nice bread, even if sometimes it’s not a full slice and must watch while it’s in the toaster that it doesn’t burn.

I bake my own sourdough bread and we have nil waste. The ends toast magnificently.

If I don’t eat them I blitz them in the food processor for breadcrumbs.

The ends of a good sourdough toasted and almost dripping in butter are the best part!

I feel for this lady. (Also, the article has links to what you can do with that bread. At CHOICE, we make breadcrumbs.) 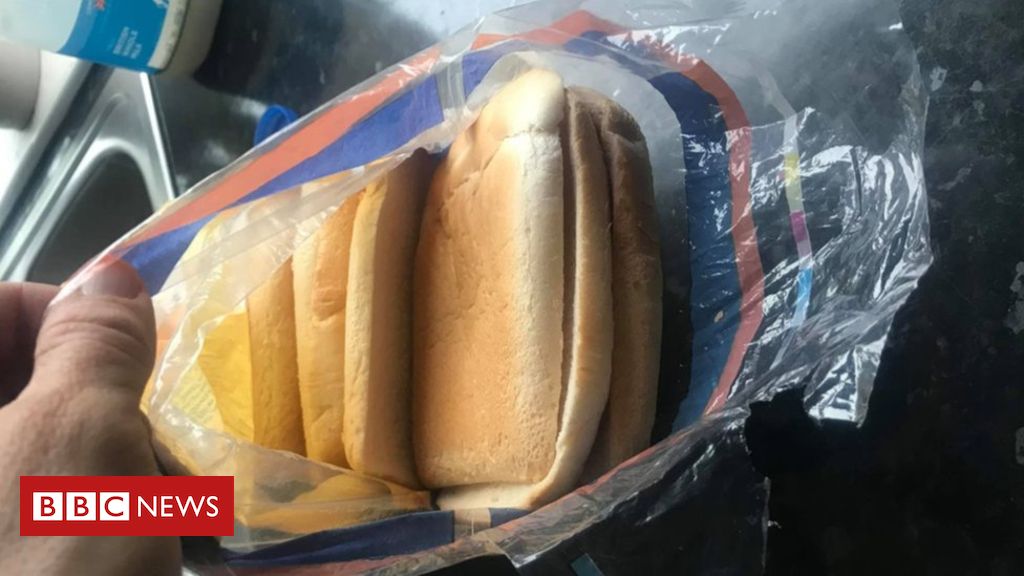 A loaf full of crusts was not what Timea Ganji "kneaded" as she said her children would not eat them.

At CHOICE, we make breadcrumbs

Only a bit to the side, but when we have bread reaching its obvious use by date we slice it into cracker sized pieces, spray on a bit of straight or garlic infused olive oil and ‘toast’ it in the oven until just crisp. They make great crisp breads to accompany cheese and similar platters.

Toasted they make excellent ‘soldiers’ for a runny boiled egg. The middle slices tend to be less stiff and don’t do the job equally as well.

Put aside until stale, and make into crumbs.

Given the price of gluten free bread they are eaten as toast.

There’s also the misconception that because a bread is labelled ‘multigrain’ or ‘wholemeal’ it’s only made from whole grains. Check the ingredients list and you’ll more than likely find ‘wheat flour’ (ie refined white flour) as one of the top-listed ingredients.

‘wheat flour’ (ie refined white flour) as one of the top-listed ingredients.

One of our neighbours works at a flour mill in Brisbane and has indicated that…most wholemeal bread flour is plain flour with the bran (+ some other recoverables through milling)put back in at the final stages of processing. It isn’t wholemeal in the pure sense (viz. the whole grain isn’t ground to produce the flour), but should maybe be called partmeal?

There are some niche/boutique mills/bakeries around that process whole grains (less hucks) into wholemeal flour. These are more likely to be the real deal than bulk flour milling variety. It is likely that the flour used is the same…unless the baker promotes differently (such as mills own flour or uses specialist flour).

The mill produces the same flour no matter the customer (e.g. suoermarkets, bakeries, bread manufacturing plants etc) so each customer in effect gets the same base flour. It is after where the products change (what else is added to make the bread/flour product).

Multigrain bread flour is plain flour with grains added at fhe final stages of procesing or on bread manufacturer.

There is also different flour used for biscuits which is called biscuit flour. This is used by biscuit manufacturers and has different properties and moisture content to bread flours. 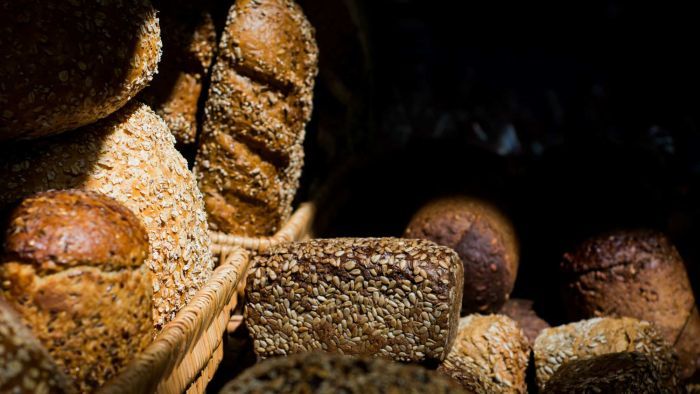 Not all breads are created equal. Ideally look for heavy, dense breads with lots of grains and seeds.

I put them in the processor and make crumbs. Then I freeze them.