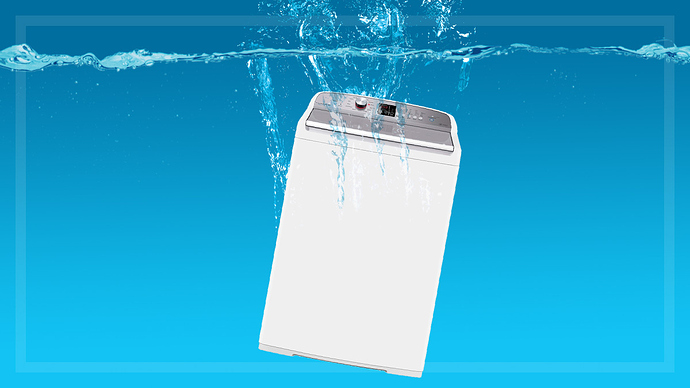 As you read this, large parts of Australia will be experiencing drought and water shortages. Living with these conditions in recent years – often for prolonged periods – has made us pretty good water savers. More and more of us are taking basic steps such as using the eco cycles on appliances, adjusting the water level in our washing machine or reusing grey water.

From CHOICE research, we also know that most people understand and use the star rating system that indicates water efficiency when shopping for a new appliance.

We were recently asked to give our views on the Water Efficiency Labelling and Standards (or WELS) scheme to inform a government review, which gave us the opportunity to lay out all the ways in which we find it lacking.

Some of the biggest problems come from the way that appliances such as washing machines are tested. Manufacturers are generally able to choose the cycle used in testing. At CHOICE, we’ve done a lot of research into how people use their appliances and changed our test methods as a result. For example, we test on the ‘normal’ cycle, with a less-than-full load. This can make a big difference: when we compare the amount of water used in our tests to the amount indicated by a machine’s star rating, we find that some machines can use over 100 litres more per cycle than suggested by the label.

As a result, we’ve argued for changes to the standards behind the scheme, to test machines on the cycle that you’re mostly likely to use at home. We also think that labels should warn you about the maximum amount of water a machine might use on other cycles.

This might all seem a bit complicated, but there’s a simple message. Labelling systems such as star ratings are great because they make it simple to compare products – but they need to be based on reliable data.

There’s also a bigger question about whether some of the machines we’ve tested should even be allowed to be sold in Australia. When many of us have happily adjusted to taking short showers and recycling water around the house, none of us should be tricked into buying a washing machine that can guzzle over 200 litres in less than an hour.

Reminiscent of vehicle manufacturers quoted fuel economy without stating that the figures only apply when going downhill in neutral.

With my cynics hat on, I would suggest that this is on par with the other rating systems we have in Australia. In other words, it’s just another useless measure which benefits the manufacturers more than the consumers.

Luckily we have Choice to do honest and relevant evaluations.

Crikey! It never occurred to me that this might be an issue. I have not got the faintest idea of how much water is consumed in my washing machine. I don’t usually wash until I have a full load but… eek. Well, at least the (separate, heat pump) dryer extracts enough water during the drying process for me to water the plants as needed (though currently not needed with all the rain we have had)

CHOICE’s report on the water star system reflects a manufacturing world where arrogance, cynicism, and a distinct lack of focus for the end stakeholders, has become par for the course. Brand names seem to mean little these days as countless CHOICE reviews show. Nor is price an indicator of quality and reliability. The focus of business is ‘the next sale’ and getting that sale through the warranty period. In a fast-moving world our governments try playing ‘catch-up’ but the technology moves faster than they can. We are immensely thankful for the reports provided by CHOICE. It is concerning that consumers lack the ability to make meaningful assessment of goods in today’s world of technology. And as thorough as CHOICE’s test are, member reviews often suggest that time and ‘real-world’ usage can eat away at even the best report.