Tips and hacks that actually make your life worse 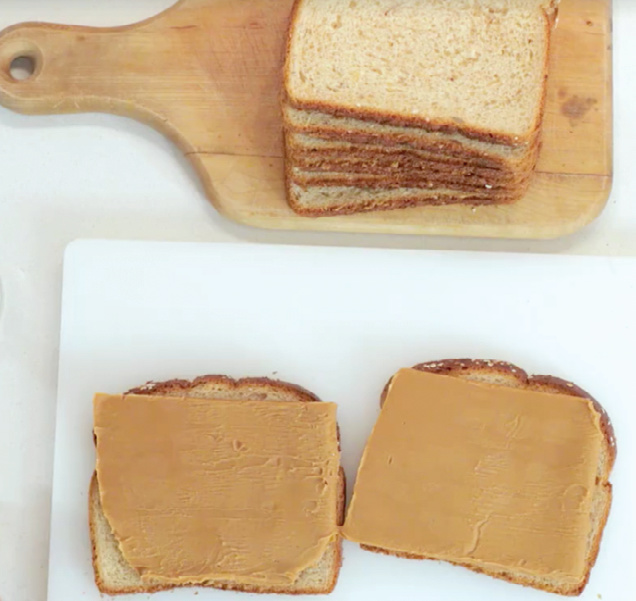 This ‘hack’, posted on The Food Network in September 2017, claimed to make school lunches easier. You be the judge. First, spread peanut butter across a large sheet of baking paper, cover with a second sheet and roll it out with a rolling pin. Put it in the freezer overnight. In the morning, use scissors to cut the sheet peanut butter into bread-sized squares. Place one square between two pieces of bread to make a sandwich. Life’s most vexing issue – spreading peanut butter onto bread – is now SOLVED
in five totally unnecessary steps.

2. USE WHITE VINEGAR TO CLEAN THINGS

I know this is practical and cheap, but it just makes your house smell like someone spilled the salad dressing.

3. STICK A PIECE OF SALAMI TO YOUR PHONE TO TAKE A GREAT PHOTO OF YOUR DOG 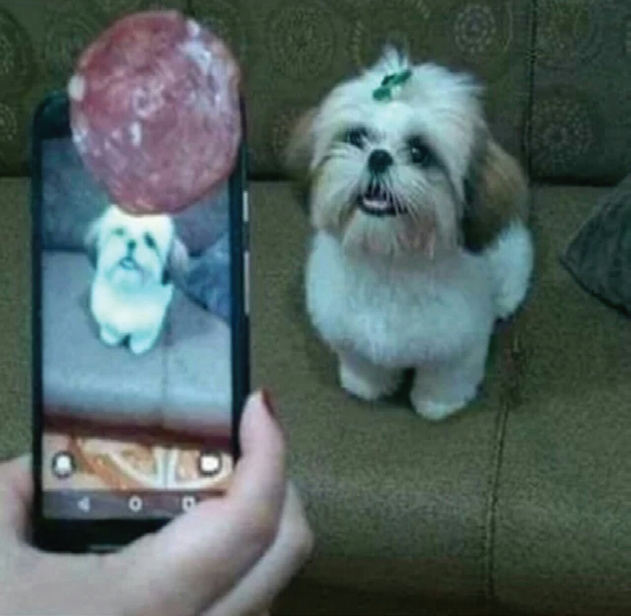 Allow me to explain. You know how your dog never looks at the camera when you try to take a photo? Well if you put a piece of salami on your phone, your dog will look right at it. Personally, I can’t see anything else happening other than my dog lunging at my phone to eat the piece of salami.

4. ALL OF THE FRUIT FLY CATCHER HACKS 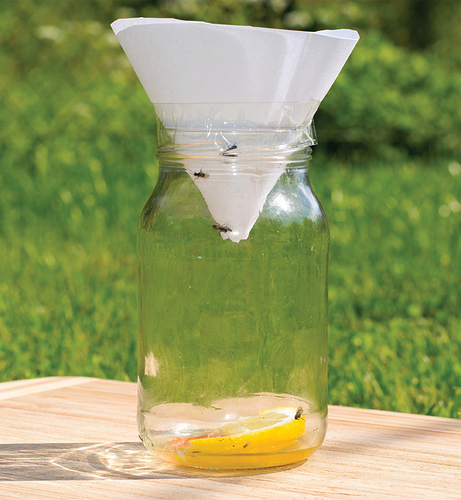 From creating a slush trap in a cup to jumping around with a butterfly net to catch them, I’ve tried everything. I have now come to the conclusion that there’s only one way to get rid of fruit flies: stop buying fruit that your kids won’t eat.

5. ANYTHING INVOLVING A POOL NOODLE

Apparently pool noodles aren’t just for the pool: they can also be used to stop car doors from slamming and as a hose extension for your tap (among other ‘genius’ ideas). Take it from me, leave those things in the pool where they belong.

6. DE-STALK A STRAWBERRY USING A STRAW 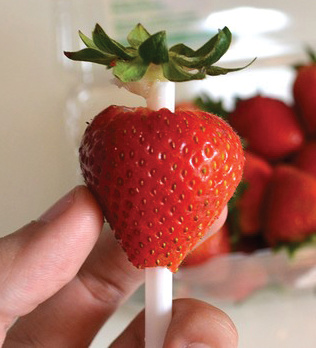 We all thought this one was genius when it first appeared a few years ago. Then we tried it. You push a plastic straw through the bottom of the strawberry to the top until the stalk pops out. Then you have to get the stalky bit out of the straw so that you can pull the straw back out again and … honestly, just use a small paring knife to cut that thing off.

7. USE HALF AN ORANGE AS DEODORANT

Forgot to put your deodorant on this morning? No probs. Just cut an orange or lemon in half and rub that sucker under your arms. Not only will this one make your life worse, it will also make life worse for anybody around you because you’ll smell like the inside of a school bag.

it will also make life worse for anybody around you because you’ll smell like the inside of a school bag.

Not to mention the looks you will get when a cloud of fruit flies follow you around.

Yeah I always took hack to mean cut with force but not skill, ie hamfisted. A hack in IT terms may have been done with skill but the result is bad for many/some.

White vinegar is actually a great way to stop hiccups. A age ol friend; from it seems a lifetime ago ( mRIC ); suggested drinking a glass ( 10 oz highball ) of this alkaline. For me it worked a treat. Tastes foul, but I suppose the benefits outweighed the temporary discomfort of taste.

Not alkaline but an acid. Acetic Acid is the one vinegar contains. But if it works then great

Cheers for the memory jog

" Touch wood " meltam; I’m not afflicted with the problem of hiccups very often, &

at the time I was mmm quite into a dark stage of my journey in life’s road ( not really taking the best care of myself ). The sage advice worked, & at the time that was all that mattered.

A few years later when I finally understood what my dear missed mother ( God rest ) meant by always chasing oneself to the dentist every six months for a checkup & clean of ones’ teeth. Like clockwork nowadays

I’m glad you are inhabiting a much ‘lighter’ space in your life. Keep looking on the bright side of life