The World's Safest (And Oldest) Airline

An article advising that Qantas is once again rated as the world’s safest airline.

However, I was not aware that it is also the world’s oldest continuously operating airline.

A puff piece, poorly researched!
KLM is the oldest continually operating airline, celebrating 100 years in 2019.
QANTAS’ claim to fatality free is qualified by the phrase “in the jet age” because they certainly had fatal flights in the early days, and non-fatal injuries since. Being aviation enthusiasts we have many history books and assist at museums. It is part of the QANTAS ethos to project themselves as the “safest airline in the world”, although there are a few *interpretations to reach that conclusion.

QANTAS is the oldest continuing operating airline in the world. KLM suspended its services during WWII, but it is the ‘oldest’ by start date.

I often use this (started by an Australian, I believe) site when I am contemplating flying with an airline I’ve not used before:
https://www.airlineratings.com

QANTAS is the oldest continuing operating airline in the world.

I often use this …flying with an airline I’ve not used before:

We have used the same website for those airlines in faraway places which I have never heard of before.

Well Qantas can most certainly claim to be a safer airline than KLM after the world’s worst aircraft disaster an Tenerife Airport in 1977. 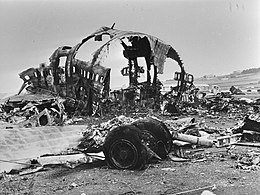 On March 27, 1977, two Boeing 747 passenger jets, operating KLM Flight 4805 and Pan Am Flight 1736, collided on the runway at Los Rodeos Airport (now Tenerife North Airport) on the Spanish island of Tenerife. Resulting in 583 fatalities, this accident was the deadliest in aviation history. A terrorist incident at Gran Canaria Airport had caused many flights to be diverted to Los Rodeos, including the two aircraft involved in the accident. The airport quickly became congested with parked airpl...

Perhaps not so much the airline’s fault but rather the airport circumstances that created the potential, and the actual outcome, for disaster.

It’s probably a good marketing angle, but I wonder how well it is supported by ongoing maintenance cost cutting and employee ‘satisfaction’ factors …

The same principle applies to stock market gurus. Statistically if a very large number of people are all gambling in the same pool a small number will rarely make bad calls and a very few none even if the calls are random or nearly so.

… so many things, so common for people to attribute good luck to something more than simply ‘good luck’. I guess it’s not surprising, we wish each other ‘good luck’ all the time, and as a species we are incredibly bad at assessing risk, at least in the modern world - maybe our time at the top is coming to a close … wow, that escalated quickly

I know that re QANTAS.

Qantas is also the oldest continuously operating airline in the world after KLM suspended their services during World War II. 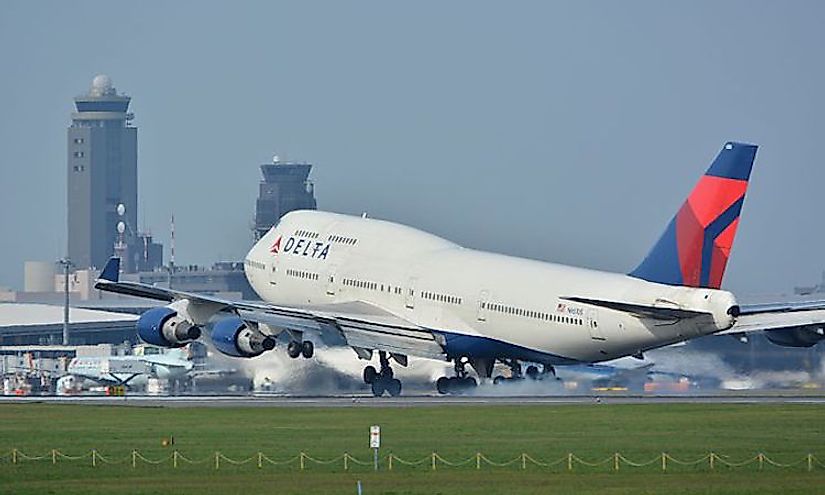 Oldest Airlines in the World That Are Still Operating

The majority of the world's oldest airlines were established in the 1920s and 1930s in a variety of countries. Learn more about the oldest operating airlines.

Perhaps not so much the airline’s fault but rather the airport circumstances that created the potential, and the actual outcome, for disaster.

My understanding of the “Tenerife Accident”, was that the huge ego of the KLM Captain was a major contributing factor. On the upside, after looking into the interactions between crew members of the KLM cockpit, improvements in outdated Flight Crew communication and teamwork techniques were subsequently realized and implemented.
Furthermore, because of this and other safety driven initiatives, there has been continual improvements to Airline Safety. A fact, that when combined with the outstanding quality of Qantas Aircrew, has prevented many fatal accidents occurring and turned them into non-fatal Incidents. A single roll of the dice has had little to do with the outcomes pertaining to the Aviation Safety Records of Qantas and other comparable airlines.

My understanding of the “Tenerife Accident”, was that the huge ego of the KLM Captain was a major contributing factor.

… I read it that it was to do with heterodynes, perceptions and non-standard communication …

… I read it that it was to do with heterodynes, perceptions and non-standard communication …

The heterodynes reference doesn’t ring a bell to me. However, it has been quite a while since I last referred to the details of the accident. Notwithstanding, I agree that your points of comment would have been contributing factors.

FWIW I have a mate who is a Qantas senior LAME. He believes a few decades ago QF was unique atop the safety ladder because of inbred culture derived because QF was the only airline having and dominated by long haul flights, so maintenance and safety were front and foremost. When QF flights were routinely 9-12 hours the competitors were still considering 6-9 hours extreme.

He says in these days of cost cutting as well as many other airlines having many long hauls as long or longer (12 hours is no biggie and 15-17 hours is not uncommon), QF has become more of a ‘one of many all very safety conscious and reliable’, but some of the management systems in QF remain rare and support a top safety / maintenance culture that some competitors are still learning about.

At the end of the day there are enough airlines operating at similarly high levels the ratings within the top group is more fluff than fact these days, like a runner winning by .001 second and second through 5th place all within .05 seconds, although the differences from the top group to the bottom probably matter when something goes wrong.

The heterodynes reference doesn’t ring a bell to me. However, it has been quite a while since I last referred to the details of the accident.

Makes for some interesting if a little chilling reading: 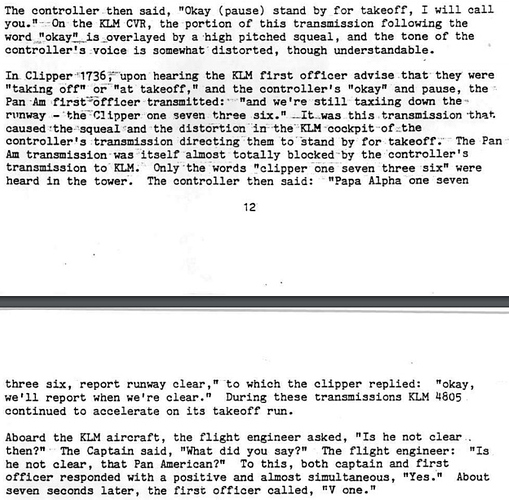 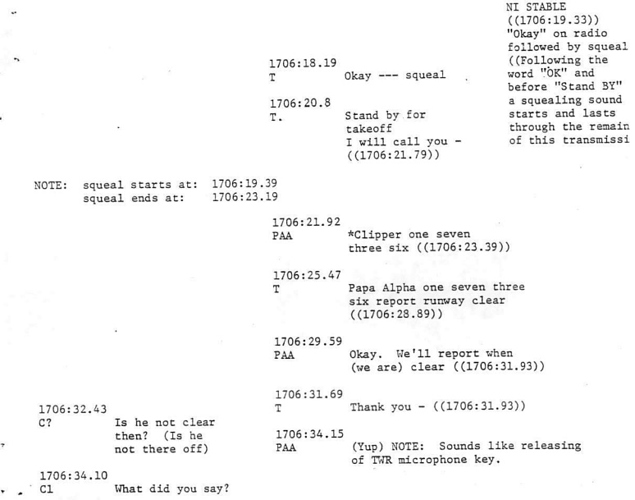 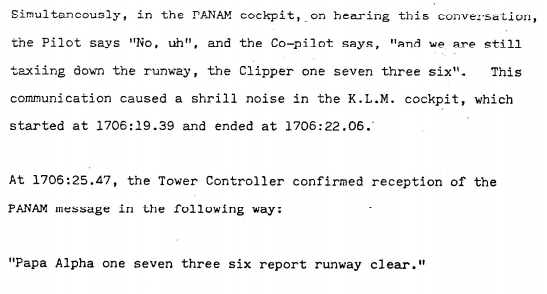 When talking about safety etc in flying it often comes down to statistics and their interpretation. Each airline, manufacturer, or class of aviation makes its own assertions (since the jet age, for scheduled flights etc). Ultralight pilots claim that the drive to the airport is more dangerous than the flight.

How do you compare? Accidents, injuries or fatalities per km, per hour, per hull? Is an airline with one hull loss (340 fatalities) safer than one with 100 (300 fatalities). For some accidents it wasn’t the airline’s fault - ie the plane the KLM aircraft crashed into. Concord was very safe, until the first and only accident put it at the bottom. Do you count the hours in the air (exposure to risk), or the distance travelled? Is it the vehicle or the number of passengers?

Some earlier accidents were caused (in part) by human hierarchy - some cultures will not question the Captain even though they know he is mistaken and taking the plane and passengers to their death. It was seen in the KLM crash. Australians are not afraid to question authority, so challenging the Captain was less of an issue. Pilots the world over now do Cockpit Resource Management to understand the human factors at play. Even ultralight pilots who mostly fly alone have to do a version of it.

When QANTAS started sending their maintenance overseas we were just waiting for the first accident - it hasn’t happened, so maybe their oversight is adequate. Or their luck is holding.

We have endless arguments at the airfield over what’s safer - driving a car or flying a 1 or 2 seat homebuilt. It’s not a question with a clear or simple answer.

I recall that not too long before Ansett went bellyup, they were spruiking their track record.

Delta Airlines came back with a great putdown when they stated that Delta flew more miles in a day than Ansett flew in a year.