The Missing Rock Lobsters on Special

I have been in search of the Rock Lobsters which have been advertised by Coles and Woolworths.

I rang the Woollies and Coles stores in the Cairns CBD again this morning.

The woman at the Coles deli said that they had received a carton which sold out and they had no idea if they would receive any more, so she suggested I just keep calling.

It really appears that the whole Coles and Woollies $20 WA Rock Lobster promotion is really nothing more than bait advertising.

Whilst at our local woollies this morning, I asked a staff member at the deli who appeared to know what she was talking about just how many cartons of the WA Rock Lobsters thay had received and she replied 'None".

She said that they had 5 cartons on hand in the freezer leftover from Easter which they sold.

She further said that only the Metro stores were getting stocks, and that the regional stores did not matter.

She certainly got that right.

I also have been trying to buy these lobsters from both Coles and Woolworths. At Coles they said they had sold out already that day and the following day I went to woolies and the lady at the deli said they had received 4 boxes that day and that they were all gone. She gets a list of things being delivered in the next day and said there were none because it was Saturday.

Both companies have put a limit of 4 per customer.

I asked how big they were and they appear to be the same as the small ones they get in from time to time. I don’t really know if they are a bargain because I thought the last time I had seen them they were about $26.95.

If there is such a glut in WA and obviously people here want them then hopefully they will keep getting them. Of course it remains to be seen whether people will still want them in January.

As an aside Woolworths also said they had Alaskan crab legs for sale at $50 kg. I like these even more than lobster but they were out of those too.

If there is such a glut in WA and obviously people here want them then hopefully they will keep getting them.

Not a glut.
Just an absence of OS market prepared to pay a premium price, or higher if exported live.

For domestic consumption the decision might be whether it is less costly to fish and sell at a loss or leave the boat tied up at the wharf. It pays also to check that the product has been wholly processed in Australia.

WA are not the only source of cold water lobsters. Look to SA, Vic and the little island to the south (sorry Tasmania).

We may also have a future sea urchin industry, although not by design.

Coles also has KB WA lobsters in this week’s catalogue but no sign of them either.

The only lobsters that they have had are these Canadian ones and imported lobster tails.

The definition of glut is a supply of something that is greater than can be sold, an excessive amount often leading to a fall in price.

The loss of the Chinese market caused the glut.

Stop the presses. Hold everything.

Whilst at our local Woollies this morning, I saw 2 WA rock lobsters in the seafood display and they had more frozen ones in the freezer so I finally managed to buy 4 of them @ $20 each.

The weight varied between 360gm and 415gm and the total weight for the 4 of them was just over 1.5 kg, so around $53 per kg, similar to the price of cooked Morteon Bay Bugs.

Whilst I was at Coles, who needless to say had no lobsters whatsoever, my mobile rang and it was a Woollies staff member telling me that they had my lobster order in the freezer.

I told her I just bought 4 from them 20 minutes earlier and I did not need them now.

I asked her how many cartons they had received and she said 6 cartons when they were told they would only get 1 carton, so she had filled her entire order list with stock to spare.

Confused? You will be.

supply of something that is greater than can be sold

Await being able to walk into a super market seafood section and see the unsold boxes of freshly thawed and frozen Aussie lobsters clogging the counters, and not a customer to be seen?

Lobsters at Coles? What lobsters?

I thought this acute problem had been solved yesterday, but no, what a difference a day makes.

I thought this acute problem had been solved

Not a problem, I’ve ordered Mooloolaba prawns and Tasmanian oysters. Not from Coles or Woolies. If you need to travel as far as Coles for seafood, might as well go the extra 10 minutes and watch the trawlers come in with the prawns. SA southern ocean lobsters seem to have no problem making it to the seafood store.

Given @Fred123 report that at $20 each they were working out at around $50-55 per kg there is a bench mark to compare with the local seafood supplier.

Flybuys once again had the temerity to email me one of their insulting surveys 'How did we go at Mt Sheridan?" worth an insulting 50 Flybuys points, or some 25 cents, for 10 minutes of my time.

However, today I choose to give them a well deserved spray ranging from the non-existent lobsters to their sub-standard seafood in the deli, which has a very limited range, little Aussie product, and too much Asian imports.

I also mentioned that the store had no fresh ducks for Xmas, despite advertising them in their current catalogue on special at $9/kg, as did Woollies who actually had stocks.

Meanwhile, our local Woollies who actually managed to deliver on the lobsters has a deli seafood display that puts Coles to shame.

They had raw jumbo King Prawns, which are the largest and best I have ever seen, on special for just $29/kg, or 5kg cartons for $145.

If only we still had that chest freezer, especially now we have our solar power. 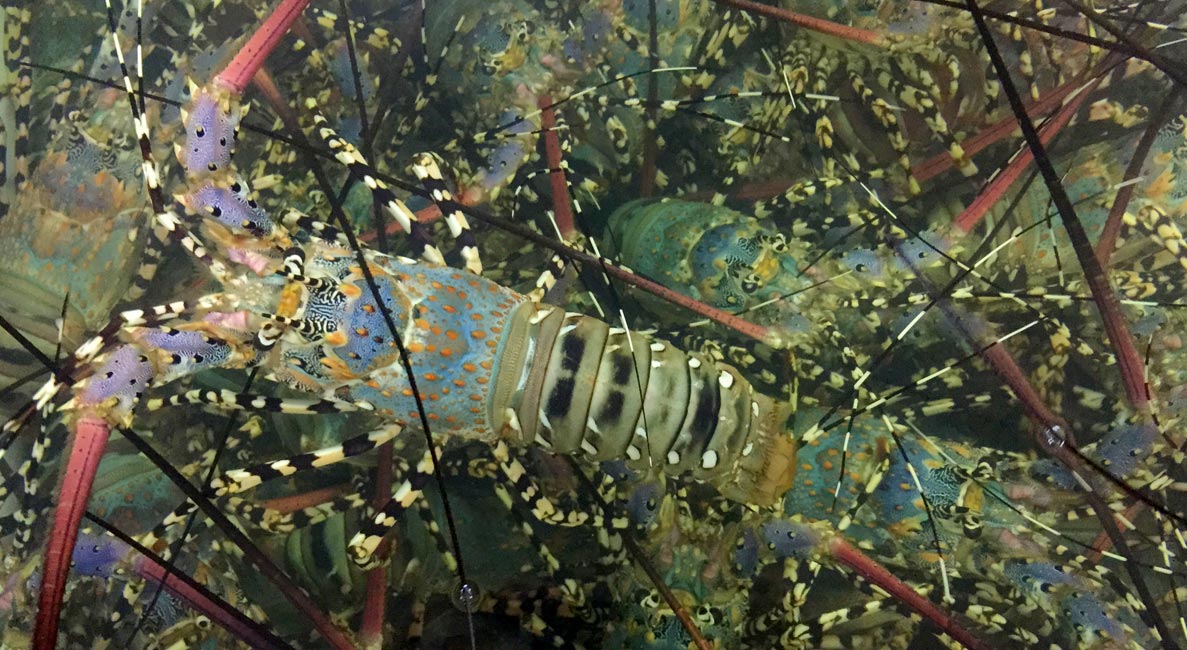 There must be others?

Lobsters at Coles? What lobsters? 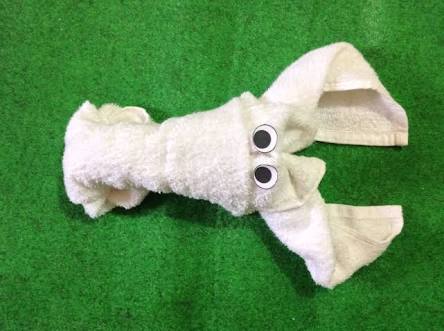 I did check their prices some years ago. Highest in town.

prices some years ago.

Market value is what the market will accept on the day.
With this reported glut in the market all rock lobster should be heavily discounted at all suppliers.

Alternately Coles and Woolies are simply promoting the $20 lobster as a loss leader, limiting supply to avoid too great a loss. Customers looking at the $40 per kg ‘fresh’ frozen and thawed for your convenience alternate profitably priced seafood will be wondering what to do. That’s after visiting the store every day for a week wondering if they can save $20 on a feed of lobster.

It’s great that lobster can be had for such a bargain price, albeit hard to score some.
Woolies purchased just 35 tonne from Geraldton for the $20 per kg sale. From a supplier with an annual volume of thousands of tonnes. Looks like a cunning marketing plan to get lots of free coverage of how good lobster might be.

They’ve certainly succeeded on that count.

It’s great that the big two are helping out the WA lobster industry by selling a product that reportedly costs $30+ each to catch at less than cost price. Are we really doing the industry a favour if the lobster fishers of WA are happy operating at a loss. Not to mention the rest of the Australian lobster industry who now must put to sea and loose money on every catch.

It seems odd that anyone would put to sea to loose money?

It sounds a lot like the help Aussie farmers and $2 milk scams.

Looks like the lobsters missing in action have migrated to the safety of Tassie. Our local Woollies had them this morning and we have two sitting in the fridge in readiness for Friday’s lunch.

We plan to use the meat in Asian inspired crispy baked wonton wrappers with grated carrot, coriander and sweet chilli sauce. The lobster meat will be placed on the top…just can’t wait…

Woolies purchased just 35 tonne from Geraldton for the $20 per kg sale.

With an average weight of around 390gm each, 35 tonnes of lobsters would equate to around 90 lobsters for each of Woollies 995 supermarkets in Australia.

The staff member at our local Woollies said that there were around 30 lobsters in each carton, or just 3 cartons per store, so they must have received double the average with some 6 cartons.

I called into another always overpriced seafood supplier this afternoon to have a look.

I was planning to visit the one you posted but Qld TMR and Qld Rail were having their Xmas Stupidity Party with traffic signals out on the Southern Access Road, Mulgrave Road and elsewhere and the rail crossing boom gates and lights operating at the Aumuller street crossing when I went into town and still flashing when i returned, as well as the rail crossing near our local United which I had planned to fill up at today.

I guess they don’t know the difference between Xmas lights and traffic lights.