All grid connected electricity generation in FNQ is “green energy” and is produced by hydro, solar, wind and biomass combustion.

Yet Ergon would have you believe that by subscribing to their Clean Energy program and paying from $14 to $140 per quarter extra, you will be supplied with 10% to 100% Clean Energy, which is exactly what Ergon already supplies to all FNQ grid connected consumers.

What an absolute scam.

Have you thought about switching to a greener energy retailer? Your experience wanted
gordon 14 March 2019 07:27 #2

You may have missed this from Ergon:

Obviously the actual electrons produced thousands of kilometres away from you are not the ones that power your, or any load remote frm the generator. LGCs are purchased from renewable energy generators and are fed into the grid, increasing the proportion of renewable energy in the grid by removing some fossil fuel generation requirement.

100% Clean Energy, which is exactly what Ergon already supplies to all FNQ grid connected consumers.

Can you point me to the source of this claim? I was not able to find it on Ergon’s website, but did find this:
https://www.ergon.com.au/network/network-management/network-infrastructure/renewable-energy-sources, where they are working to increase the amount of renewable energy they source and supply.

Check out these links. 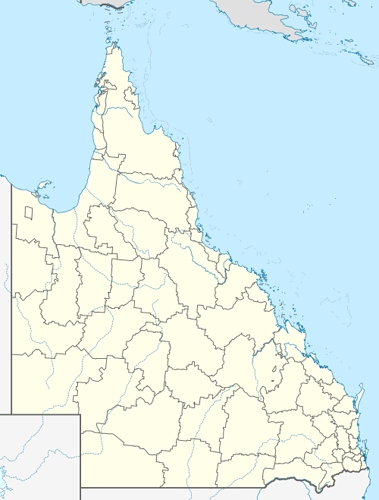 And there are many solar and wind farm projects underway or in the pipeline.

Indeed there are, but it doesn’t support your claim.

And exactly just what are you disputing?

That all grid connected electricity generation in FNQ is not renewable energy?

That all consumers in FNQ are automatically supplied with “green electricity” without having to be scammed for “Clean Energy” surcharges?

Something else which is not readily discernible?

Perhaps you also overlooked that I stated “grid connected electricity generation” and did not refer to non-grid connected remote communities.

“Can you point me to the source of this claim? I was not able to find it on Ergon’s website, but did find this:
https://www.ergon.com.au/network/network-management/network-infrastructure/renewable-energy-sources, where they are working to increase the amount of renewable energy they source and supply”

10% to 100% Clean Energy, which is exactly what Ergon already supplies to all FNQ grid connected consumers

Cairns is at the northern end of the main (transmission grid) which runs from Taamania/Zouth Australia through Victoria, NSW and thence Queensland (see http://www.aemo.com.au/aemo/apps/visualisations/map.html, select Transmission Infrastructure and then Tranmissions lines).

Yes, flows move from generators to consumers, this is the way that the electricity network works.

Generally there is a net flow north on the transmission lines and FNQ relies on generation in the southern part of Queensland to meet its energy demand. During some weather events or generator outages in Queensland, there can be a flow on the interconnector from NSW to Queensland, meaning that FNQ relies on the generation in southern Queensland and potentially NSW to maintain a reliable supply. The generation mix in these areas includes non-renewables (e.g. coal, diesel and gas), hydro, hydro storage and renewables (wind, biomass etc).

Therefore Cairns is heavily reliant on generators outside FNQ.

The electricity market also works like a pool. All generators fill the pool to meet the demand on the network. Retailers buy a unit of energy from this pool to supply their customers.

What Ergon is proposing is that they will only buy renewable ‘green’ energy from this pool to supply those consumers who pay a premium for such energy.

It is also worth noting that the electrons in the pool don’t known if they result from non-renewable or renewable sources. The only way for this to be known is to isolate networks such that there are separate renewable and non-renewable energy networks that supply different customers based on the supply preferences. Such would be highly inefficient and costly as in effect, the electricity network woukd be duplicated have have significant redundancy.

While on may think it seems strange what Ergon is proposing, it makes sense and follows the principles underlying the eastern state electricity network and markets.