This fits in a number of topics, so I guess it earns one of its own.

“Companies and institutions … will have to find a way to either have two architectures and two sets of gadgets,” Walia says.

"The same would go towards handsets. Will users have to have two different phones? One which uses WeChat and one which uses Gmail?

“That’s a freak scenario which can actually be realistic at some point.”

The tech world of the near future is one of competing ecosystems — one designed by the US and the other by China.

This is inevitable result of the US locking China out of US some of its technologies/software platforms. The US might find it was a decision they regret in the future. China has a big enough population to support itself going alone in relation to technology…the US very much relies on its domestic and foreign markets for its success.

China will bleed out its technology (which it will even if the west choses to not support domestic applications) to many countries which rely heavily on the US for the same at the moment…and will place pressure on the US developers. This is competition which I think won’t be stopped.

The US could move (or the Chinese) to build platforms will allow multi-use applications and software…a bit like Microsoft has done with the next version of Windows to support Google apps (rather than using clunky third party packages which often doesn’t work perfectly). Who does take these sorts of steps has the potential to leave others behind. Current indications is it won’t be the US which will take such steps.

Open standards are increasingly driving technology. The majority of CPUs in the mobile world are built to the ARM open standard. Most operating systems are under the covers variants of Unix to Posix standards. Telecommunications use international standards and internationally agreed protocols like TCP/IP and all the IEEE specs. As does banking with Swift. As do airlines with SITA.
If China wants to isolate themselves from open standards, they can only loose and get locked out of world markets.

What makes anyone think open standards are not embraced? The US continues to shoot itself in the foot in the long standing dogma that certain countries and their peoples are ‘not up to it’ yet they are equals or superiors.

I used to state it as America tries to keep its best technology in, and better technology out.

If China wants to isolate themselves from open standards, they can only loose and get locked out of world markets.

It might be otherwise. Who is going to loose if we stop buying from China?
Some could suggest we have more to loose than China. Other than mining some of the raw materials everything else is produced in China. There are numerous other examples. 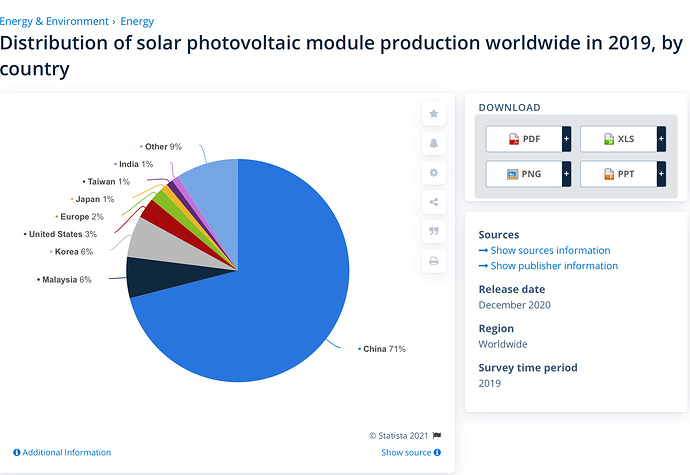 The tech world of the near future is one of competing ecosystems — one designed by the US and the other by China.

US President Joe Biden is planning a $330 billion package to rev up the US’s investment in R&D, having noted its strategic competition with China is nothing less than a battle to “win the 21st century”.

I think it’s safe to say that the US has already lost this particular war. It cannot compete with a domestic market of 1.4 billion, and its last president ruined any possibility of avoiding the conflict.

One key way the US exerts control over the financial system is through the Swift International payment network. Every day $5 trillion is transferred around the world using this system.

If the Biden administration chooses, it could sanction or cut off Chinese banks and corporations from international financial markets, causing immense damage to the Chinese economy.

The US has already shown a willingness to misuse SWIFT (which is supposed to be independently governed) for domestic political purposes. While I don’t particularly like the source, RT points out exactly what the problem is for countries that are not part of the US ‘sphere of influence’.

Russia may be cut off from SWIFT banking payment system as part of West's...

Russian banks may be blocked from using SWIFT, a payment system that enables reliable and secure financial transactions, as part of restrictions against Moscow, in what one official has called a potential “spiral of sanctions.”

I used to state it as America tries to keep its best technology in, and better technology out.

Export of cryptography from the United States

Export of cryptographic technology and devices from the United States was severely restricted by U.S. law until 1992. The law gradually became eased until around 2000, but some restrictions still remain today. Since World War II, many governments, including the U.S. and its NATO allies, have regulated the export of cryptography for national security reasons, and, as late as 1992, cryptography was on the U.S. Munitions List as an Auxiliary Military Equipment. Due to the enormous impact of crypta...

RT points out exactly what the problem is for countries that are not part of the US ‘sphere of influence’.

So really, not having a lunatic narcissist running the show, US foreign policy has not really changed.

Nor are there any constraints on leadership of age or mental incapacity.

Australia must be different? A mixed bag of fruit!

Our PM’s typically become so (ripen or mature) in their 50’s. Left to rot once picked they reach their use by date around 60 or soon after. The one exception is Menzies who was first picked partly ripe at 44 years old, put aside shortly after and on developing full ripeness hung around the fruit bowl till 71 years of age.

One can only speculate which cologne was used in the later years, well past optimum ripeness. No other PM has served to reach the respectable retiring age of 65, although several may have hung in the back benches slowly decaying.

A bet on the current Australian PM retiring before 65 or even money before 60 years of age might be a better proposition. The latter option has a 2028 use by date.

US foreign policy has always been “USA, USA, USA” - viewing the rest of the world as its oyster. Whether conducting economic espionage, arranging coups or invading countries because they refuse to follow the divinely-inspired ‘leaders of the free world’, the US has proven itself totally untrustworthy when it comes to international affairs.

Is China the Great Power likely to be any different? Probably not, but countries like Australia are not in a particularly good position to take sides in any dispute.

As a side comment, at least the current US president does not run foreign policy based upon claims that an app’s users trolled one of his campaign speeches by booking all the tickets.