A very interesting article regarding the history of the meat processing industry in Australia. 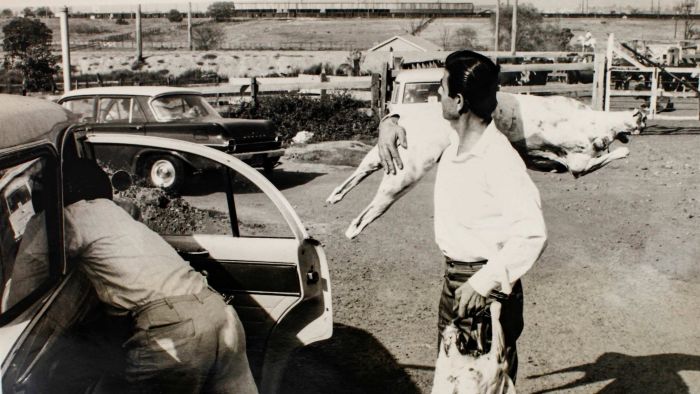 Killing animals: The inevitable but largely unseen part of our meat-eating...

The killing of animals can be a confronting sight, the inevitable but largely unseen part of Australia's meat-eating society. But community expectations around meat processing and animal welfare are changing.

Whilst staying at a “resort” in Batu Feringgi in Penang in Malaysia in 2001, we were eating breakfast at a cafe on the main drag, the first meal we had been able to eat after falling victim to E.coli some 3 days earlier at an obviously dodgy restaurant, when a local pulled up outside it in a Proton sedan and proceeded to unload his purchases out of the boot, which included large pieces of meat in large unsealed polyethylene bags.

Later that year, whilst we were travelling through Hong Kong, we witnessed a local riding a pushbile which had an open 20L plastic drum, similar to the ones that pool chemicals are sold in, on the rear carrier which was filled to overflowing with whole raw chickens which were presumably being delivered to some food business.

Whilst we were both horrified by this total lack of food safety, I was amazed by the photos in the ABC article showing the local yokels happily shoving whole carcasses and other portions of animals, totally unwrapped, straight into their cars.

Oh for the good old days before food safety.