This topic encompasses many areas already under discussion in the site eg Aged Care Reforms, Superannuation but obviously not limited to these.

There are already multiple opinions on the internet and elsewhere about the virtues or otherwise of this new budget.

YourLifeChoices has already tried to provide a synopsis of the budget and how it will affect the older generations (they do cover the affect it may have on younger generations but mainly only in a passing manner). Because of the detail I am only providing a link:

Please add your own links, opinions and feedback about how the budget will/may affect yourselves or other groups. I am sure there will be differing opinions so remember to please keep it a civil conversation about what will/may happen because of the budget and we are here to share knowledge not vitriol.

As a self-funded retiree, no handouts for me. But I really don’t need any. The “what’s in the budget for you” reporting seems so self-centered to me. The best thing for everyone surely is getting back to a good economy, and spending money to fix some glaring problems like aged care and affordable housing.

It did look at the Aged Care response in the budget ie the the 23,000 places over 4 years to meet the current 100,000 + waiting list. I don’t think they saw that in a positive light:

" There will be an additional 23,000 home care places over four years to help chip away at the 100,000-plus waiting list (remember, 30,000 people on that list died last year waiting for a care), $11.3 million will be spent on dementia services and another $10.3m on improving the aged care workforce."

Social Housing was also seen as a failure:

“Investment in social housing would have killed two birds with one stone – delivering high-efficiency homes and creating desperately needed jobs for young and old.”

"On a side note, the majority of those 49 leading economists referred to earlier said that increasing the JobSeeker payment by $40 a day and creating more public housing were the two items at the top of their Budget wishlists. Neither eventuated.

Overall, the Budget does a little bit for a few, looks after businesses and those with a job, will create jobs for younger people, assuming businesses spend on employees and don’t pocket their gains and will give an ailing economy a jab in the arm. But, many fear, it will not do nearly enough to get us out of the hole we’re in"

I don’t think it was a “self centred” piece based on my reading of it but the “what’s in it for you” I think was more an all encompassing “what’s in for everybody” type of piece. Your opinion is valued and I appreciate/d your thoughts.

Your last para @grahroll. Not a go at your linked article. More a critisism of the newspapers I have read this morning online.

I think most people do look for how does the budget benefit them. Some forget the social (population) aspects of what budgets can do. In my opinion I think this budget missed the mark (and by my feeling a wide miss). I hope I’m wrong but the reading of it doesn’t inspire me to any great hopes of that. I think there were glaring misses of opportunity.

I think there were glaring misses of opportunity.

It depends whom the ‘treasurer and party’ intend to help the most. I suspect when viewed from that lens it may make more sense toward that particular goal.

Many other goals are probably far more worthy, but Australia elected this government and it does what coalition governments dependably do time and again for ideological trickle down techniques rather than injecting policy and funding into the mix.

Oh I agree! The target was some sections and it seems to hit those marks very well (bulleyes if you like). But the Social aspect that would have given so much more to our society was widely missed, absent even might be a better gauge of it.

@PhilT I see you mention “trickle”. This Government still sees “trickle down” economics (Reaganomics from the 1980s), or supply side economics as important. Reduce company taxes, reduce income taxes, offer more business tax writeoffs, in the idea that it will all find its way flowing into more jobs, more consumer consumption. If we build it, they will come.
It just doesn’t work.

The Tax cuts that may only be half of what people think they are from this budget. The Treasurer has quoted the savings from the 18/19 tax year not the 19/20 tax year as they have already given 1/2 of the cuts in the 19/20 year and only a further $1080 will be seen this year and if you earn below $90K this cut will only be for 1 year and then back to normal 18/19 rates of tax. If you earn above $90K the cut will be permanent.

Confusion has erupted over exactly how much the budget's tax cuts will be worth, and how and when Australians will receive them.

I stopped holding my breath for any personal benefit from Budgets years ago. Yet I can still say that I am yet again disappointed. This government had a once in a generation opportunity to pull Australia out of an economic nadir and likely ensuing maelstorm.

Once again they have chosen to eschew the directions the supposed experts recommend, and instead have chosen to continue circling in the same dogmatic rut they were in before.

Not happy Jan! Not for me, but for all the Australians in need that they have failed to help.

Yet that is what enough voters in the few marginal seats vote for time and again, to augment the predictably safe seats. It seems common in these times that globally voters are or continue to be attracted to conservative causes as their comfort zones, regardless of the veracity of evidence whether they are good or bad for themselves or their compatriots.

I also know more people than I would like who truly believe wealth bestows some level of divine judgement qualities or they would not have become wealthy, and are thus attracted to supporting ‘the wealth’ and thus the wealthy.

We’re well of, but not wealthy. Retired (Seniors) but not on any benefit. Comfortable, debt free, with funds to spend and super to use, as required. So, in a good place.
We are also the forgotten, as are the homeless, the socially marginalised, the heath challenged, the… et al [ad infinitum]
Where is the Kindness? Where is the Community? The respect for Social Fabric?
Replaced by a few who believe ‘those that have’ are [IMHO] worth more than ‘those that deserve’.

Here’s what the 2020 budget mean for your superannuation:

Super budget announcements and what they mean for you | CHOICE

The 2020 budget introduced new measures to reduce multiple super accounts and target dud super funds. We explain what it all means for you.

The ALP response is interesting. Although a step ahead others will see the limitations as protecting as much of the vested interests as they can. Will anyone in government listen? The budget 2020 commnetary and analysis is almost unanimous in calling it underwhelming with so many opportunities missed. 'To those who have, more will be given': Largesse to private schools continues

All children should be guaranteed a certain standard of education; private vs public school funding is out of balance. 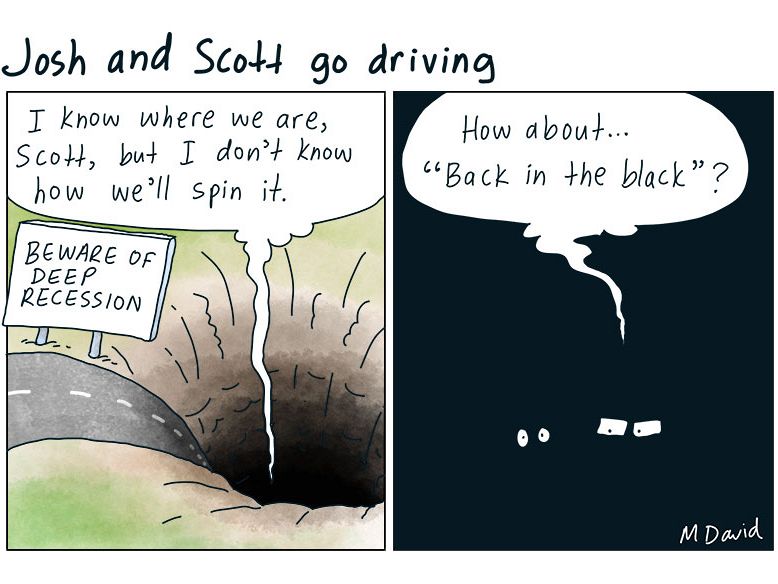 The Morrison Government's 2020 Budget message is a trillion in debt and no "baked in" spending or "unfunded" empathy anywhere in sight.

A strategy of economic improvement through growth reliant on producing more and productivity by managing inputs.

It’s all hypothetical when there is a lack of reported measures for sustainability, social improvement or shared equity.

Forecasting unemployment of just under 9% for July 2021 is one of the non monetary measures to consider. It’s not a fixed or assured outcome. That’s why it’s a forecast.

There is a broad range of public commentary on the risks that the strategy will fail. Nothing more to see here!

A Contradiction in Objectives and Needs?
Covid has already demonstrated that in many ways we have more than we need of many assets. There are enough bedrooms to house all those in the nation. That includes all those who did not go OS and all those who returned home, plus temporary visa holders, the homeless, quarantining travellers etc etc. And accommodation providers at the same time remained mostly vacant. Not to mention the rows of closed and empty retail, or vacant business premises.

With one million less in population growth forecast does the budget consider if there is a genuine need for more new housing? Or should we be making more effective use of our existing resources and housing?
IE Spending to reconfigure, upgrade and renew. Providing a future that is energy efficient and less demanding of resources.

Bottom up, vs trickle down?

Or should we be making more effective use of our existing resources and housing?
IE Spending to reconfigure, upgrade and renew. Providing a future that is energy efficient and less demanding of resources.

This, absolutely. I donn’t understand why governments seem to think that infinite growth is something to be aimed for. It is not possible to achieve it without killing the planet. Then again there are those who don’t care, only about their hip pocket.

I keep repeating to my family and friends “You can’t have infinite growth in a finite world”. We have to find a better way to live on this planet or humans will be wiped out by our own greed. Perhaps the anthem should be Reduce, Recycle, Reuse and Restore rather than the current 3.