A coalition of 36 health groups have put together eight key asks to tackle obesity:

CHOICE is currently campaigning on health stars, but what do you think of the above actions? 36 health groups: federal government, you need to do more on obesity

A 20% tax on sugary drinks, restrictions on junk food advertising and the mandatory use of health star ratings are among the actions being demanded of the federal government by a band of 36 health organisations.

Additives added to every food imaginable hasn’t been considered in the list above. MSG is implicated in the obesity debate. There was research conducted in 2005 by Spanish and German scientists that found that when rates were given MSG in concentrations only slightly higher than those found in human food, MSG caused a 40% increase in appetite. We know that MSG is added to our food to make foods taste better, is it any surprise that it leads to overeating? It is time to look at the steady increase of MSG in our food over the last 50 years or so and the parallel increase in obesity rates.

Additives added to every food imaginable hasn’t been considered in the list above. MSG is implicated in the obesity debate. There was research conducted in 2005 by Spanish and German scientists that found that when rates were given MSG in concentrations only slightly higher than those found in human food, MSG caused a 40% increase in appetite. We know that MSG is added to our food to make foods taste better, is it any surprise that it leads to overeating? It is time to look at the steady increase of MSG in our food over the last 50 years or so and the parallel increase in obesity rates.

… but don’t stop there. Really, the utter sh*t companies put in our food, for no other reason than to (in someones perverted context) make it look/feel/smell/taste “better” … but its not real. There is no need for the plethora of additives, we are better off without them, and in the case where someone wants some kind of special effect (like a specific colour) there are often natural alternatives.

Sadly, when it comes to additives it seems just too hard, they are too entrenched and there is too much money involved. I’d go as far as to say that it could be questioned whether chasing sugar and fat content is even as important as chasing these chemicals.

Obesity is also just one beneficiary of additives - there are plenty of others. Understanding this made a huge difference to our kids, and still does.

I am not sure if a 20% increase will change consumption patterns too much. It is possible to get un-branded sugar drinks for about $0.50-60 per litre. I believe that imposing a small levy like 20% will be great for generating revenue but possibly will only shift drinker from more expensive smaller container such as cans/small bottles to larger containers (1L+) making them potentially consume more.

What may be better is a flat tax say of $1.00 per litre and this would level out any potential shift in consumption patterns as everything would increase at a flat rate, and not based on the original product cost.

Individuals also need to take more responsibility for what they eat. Treat foods which we grew up with a few decades ago have become part of the daily/weekly diet as the food is cheap, made to taste good to increase consumption (through sugar or salt/flavourings) and also convenient. Education campaigns won’t be very useful when one is bombarded by marketing on packaging in the supermarket. The money would be better spend say running healthy cooking classes in schools to show children that healthy food is easy to prepare, tasty and convenient.

It is possible to get un-branded sugar drinks for about $50-60 per litre.

I have as many as you would like to buy at that price!

I freely yield the point it is possible to buy them for $50-60 per litre. Would the ACCC call it gouging though? .

Must have just come back from the future when there is hyperinflation.

Must have just come back from the future when there is hyperinflation.

a good justification for drinking malt whiskey instead

There is a thread about purifying water where that might be the most pleasant option!

A news article reports on a study that links drinking sugary soft drinks regardless of whether someone is obese or not, having an increased risk of causing cancer (11 types of cancer in particular were looked at). Another reason to reduce the ingestion of sugar laden drinks.

To read the news article see:

plus from the University of Melbourne two articles about the sugar issue (one that links directly to the study noted above):

New research from the University of Melbourne and the Cancer Council Victoria finds people who regularly drink sugary soft drinks are more at risk of cancer.

The obesity epidemic in Australia is bringing with it a host of health problems, from diabetes to strokes. A major factor behind it is our addiction to sugar.

A link to the abstract of the study can be found at:

Consumption of sugar-sweetened and artificially sweetened soft drinks and risk...

The complete paper may be of interest to Choice in their campaign but I am not able to justify the cost of $35 to access it, whereas Choice may wish to.

Perhaps this partially explains the obesity crisis and increasing health problems in Australia, 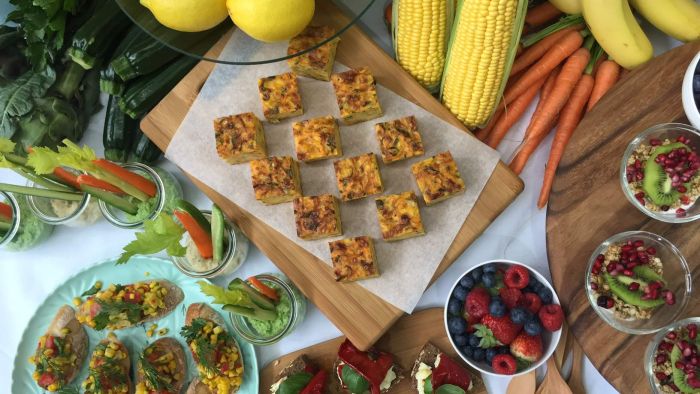 Did you know Australians don't eat enough of any of the five major food groups?

The average Australian doesn't eat enough from any of the five major food groups. So what are we eating? Take a guess.

Another article regarding obesity research.

To the great surprise of cancer researchers, a protein they investigated for its possible role in cancer turned out to be a powerful regulator of metabolism.

It sounds too good to be true, but a novel approach that might allow you to eat as much food as you want without gaining weight could be a reality in the near future.

I eat as much as I want, but rely on my bicycle, rather than genes, to stay a healthy weight 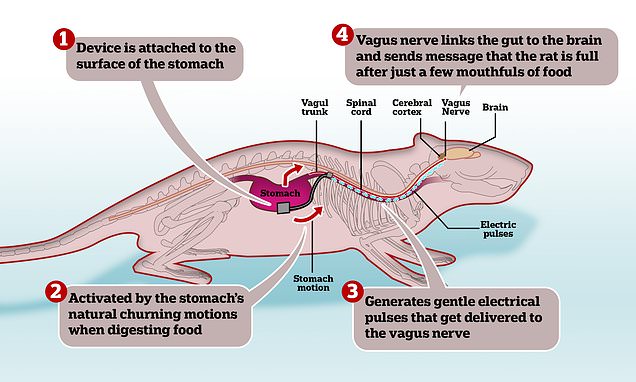 The implant, yet to be named, becomes activated when the stomach naturally starts churning food during digestion. It was developed by a team of experts at the University of Wisconsin-Madison.

An article regarding causes of obesity. 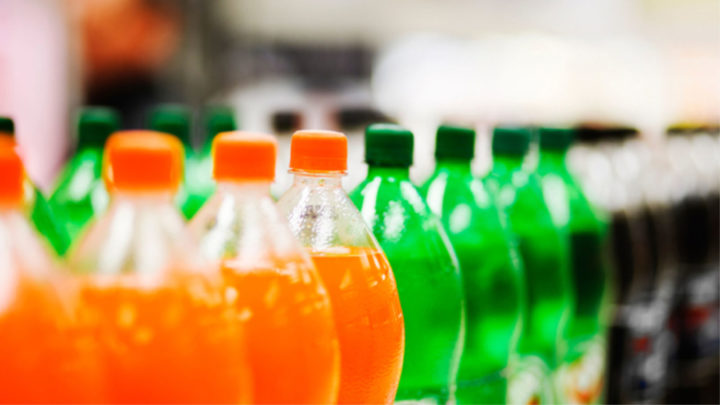 A new study published in the Economics and Human Biology journal found a connection between the food eaten as a child in the 1970s to weight gain later in life.

Whilst I was waiting for our weekly fish & chips lunch today, a young father who had a couple of small children with him outside the shop popped back in to advice the staff that he forgot to say he did not want any salad on the burger he had ordered.

As he moved, his shirt rose up to reveal his huge stomach which drooped down over the waist of his pants.

I guess some people don’t actually want to risk being too healthy.

My wife & I share 1 piece of crumbed mackeral and 3/4 serve of chips with a some help from our little dog and we never manage to eat all the chips.

Perhaps for the gent he was raised by parents who had poor dietary guidelines in place. We are often introduced to the foods we later enjoy at a very early age. Thus as the article suggests if the choices were poor from a dietary perspective then the outcomes later in life will more probably be poor. Perhaps for that man the choices he makes now are not so much about health but what his palate deems acceptable which is sad and he would require a good deal of help to turn to better eating choices.

Jane Martin, executive manager of the Obesity Policy Coalition, explains why added sugar labelling would help parents make informed decisions on what foods to give their children: 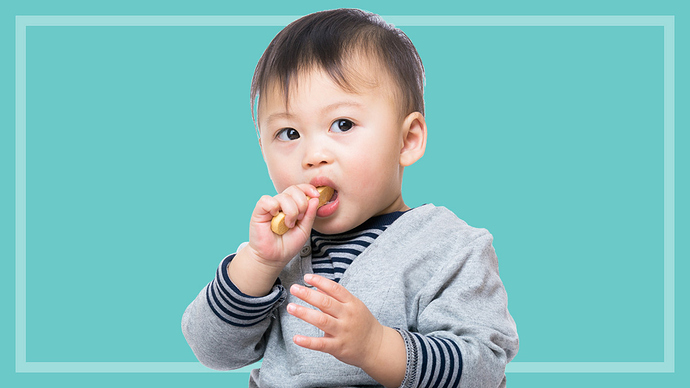 Added sugar in toddler foods is contributing to rising obesity rates in young...

Plus, we review a recent study by the Cancer Council that indicates many food products for infants contain ‘sweet ingredients’: 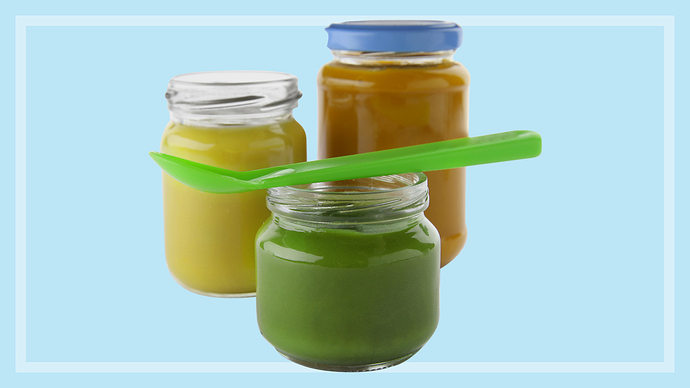 Many baby and toddler foods from Aldi, Coles and Woolworths include fruit puree and other concentrated or processed forms of fruit.

Will that include beer? It should.

BTW, obesity is not always about the food consumed. There are myriad factors and not all are obvious when someone’s big gut is observed.

Certainly plenty of huge beer guts around, but the sugar content of most beers is very low, since sugar is fermented to produce alcohol. Alcohol has more kJ/kg, but there is significantly less of it in the final product than the amount of sugar used to produce it.