An interesting article regarding Shepparton’s Museum of Vehicle Evolution. Shepparton's Museum of Vehicle Evolution reopens to the public with thousands of cars, motorcycles, bicycles and collectibles on display.

Sounds like it would be well worth a visit.

Meanwhile, back in Qld, TMR Qld has finally been dragged, kicking and screaming, into the 20th Century after stone walling modified vehicles such as hot rods.

The first time we went to Tasmania, Australia’s smallest state by both size and population, in 1993, we saw hot rods out for a weekend run on the Midland Highway.

It was many years later that I ever saw any Qld registered hot rods in Qld.

Around 50 years ago, a leading local motoring enthusiast was said to have installed a small block Ford V8 engine in a Ford V6 Capri, and when he tried to register it, it was refused.

When we went to look at a garden centre on the Northern side of Cairns on Saturday, we were absolutely delighted to see this fabulous hot rod. 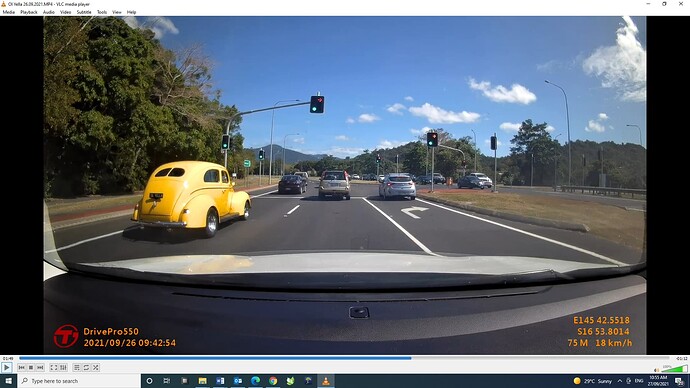 It is LHD so presumably rodded in the US and it obviously has a big block V8 underneath the bug catcher and twin 4 barrel carbs which may have a blower under them.

The driver was obviously just out cruising and was the happiest camper we have seen lately.

Meanwhile, back at TMR Qld, I suspect that they are busy planning for the 21st Century.

It is LHD so presumably rodded in the US and it obviously has a big block V8 underneath the bug catcher and twin 4 barrel carbs which may have a blower under them.

He could have got the same look with a lot less effort by sticking an old VW chassis complete with flat 4 bug motor at rear under the same body. Bonus RHD option.

Neither approach preserves the original, but living with a 100% original is likely the least practical option.

regarding Shepparton’s Museum of Vehicle Evolution.

An interesting option if we are ever permitted international travel again.

For a great day out closer to home,

Need something to do in Cairns? We have the largest collection of armoured vehicles and artillery in the Southern Hemisphere!