Firstly congratulations to our August challenge badge winners . @syncretic @draughtrider @rttech @evanstrish3 @Fred123 @ingridannaemery . Thanks to everybody who contributed to the Challenge .

For September’s Challenge we are looking for .

From the Food Champions @Gaby @phb and @vax2000

Hugh Fearnley-Whittingstall is my favourite . I enjoyed the "River Cottage " series of programs and their follow up series .

One of the trail blazers of TV cooking, nothing pretentious, down to earth Aussie with a cheerful easy going style.

‘Come and Get It’ had a catchy theme tune, probably cringe worthy by today’s standards, but right on style for the 900 odd segments he was part of.

Peter Russell-Clarke (born 19 September 1935) is an Australian chef, author and illustrator, best known for his television cooking shows. He hosted a five-minute television show called Come and Get It, which aired on the Australian Broadcasting Corporation for nine years during the 1980s. He was chef for the Prince of Wales' Silver Jubilee dinner. He has written and published several cookbooks and books about food. He has also illustrated several books, including works of fiction for childre...

Maggie Beer he is not - Language warning, AO.
Maggie is also great. A different sort of energy.

How can one have a single favourite? 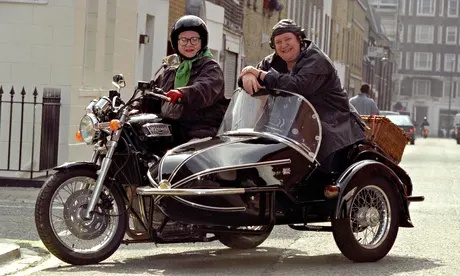 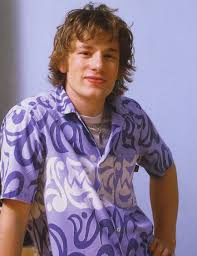 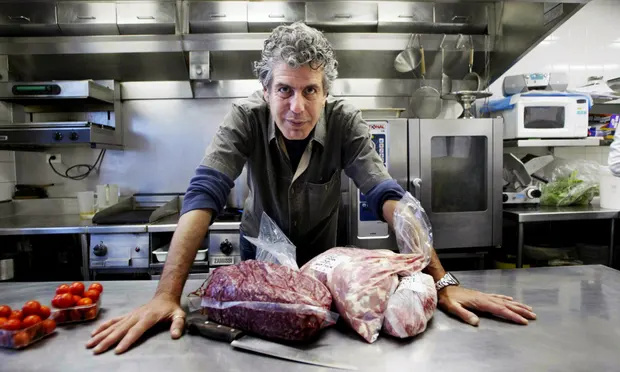 I like Gordon Ramsay’s actual cooking shows, but the nightmares stuff is a little hard to swallow, pardon the pun 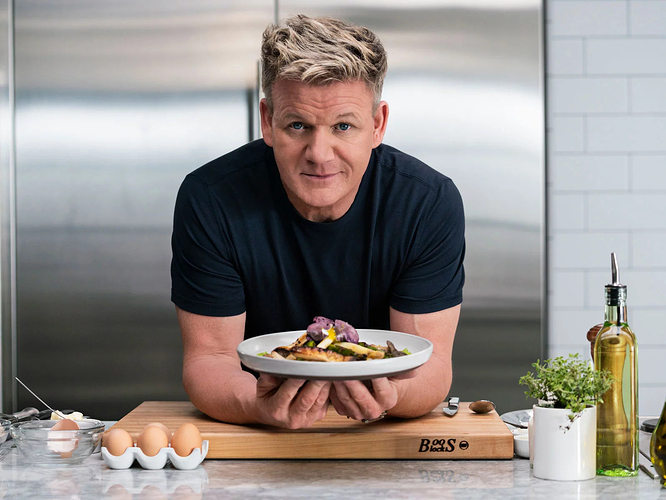 There is one show that is nothing short of amazing and pure culinary entertainment in my view:
Iron Chef, the original of course … 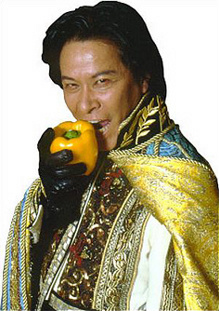 One I have found amusing during ‘the rona’ is “Nat’s what I reckon” on YouTube encouraging people to cook and not use Jar Sauce - you can search for that yourself, would probably make Ramsay blush but I find it amusing

For me, it is hands down my favourite bogan chef, Adrian Richardson, as his programs are both entertaining as well as educational.

His “Secret Meat Business” series which screens from time to time on SBS TV is the one I like best as it is filled with his humour as well as delicious recipies.

His other TV series which appears on SBS TV, “Richo’s Bar Snacks” is always entertaining, even thought he states that his establishmnet is a classy place whereupon I think “What is a bogan like like you doing in a place like this?”

Bit of a bogan are you Fred ?

Iron Chef , the original of course …

I will never forget when they made ice-cream with the secret ingredient which was ‘Sardines’ !

Mine favourite is Keith Floyd, he was engaging, entertaining and good at wax lyrical…and a pioneer in some respects. His personality could have been influenced what he consumed with the food on the show.

No. I just like his unpretentious style and his down-to-earth humour, although a haircut would not go astray.

So many bullies, pretentious gits and blankers. {I can’t type the word it gets censored} This is a bit like preferential voting in any election in the great country of ours, first you eliminate the execrable, then the list is small and you have to put them in least worst order.

The best I can do is Simon Bryant. He is the chef out of The cook and the chef, Maggie Beer being the cook. He is not over the top, condescending nor foul-mouthed. He does not proclaim the wonder of sous vide konjac with gnat’s semen crystalised in liquid nitrogen. He actually shows you his love of good ingredients and good preparation with gentle wit.

My favorite is Mark Olive also known as “The Black Olive”. His use of Australian native products is inspiring to me.

Not a fan of any Celebrity Chefs, but I am indebted to two on TV that have convinced Mr Z to try “unusual” food ie different to bangers and mash.

I’m Alive & Cooking (I think that’s the title, some episodes are sponsored by Coles etc). Basic cooking, often not healthy (heaps of cream, sugar, fat) but introduced him to fish (other than deep fried battered with chips), other ways of cooking spud etc.

The Cook and the Chef - Maggie & Simon introduced him to the farms where food is produced which helped him understand (he came off a farm so should know … but was convinced these ‘fancy’ foods were something different). They cooked - but about 90% of the dishes he would not touch. However, constant viewing and he began to be assimilated. I nearly fell over when he asked me to get Fennel!

I remember Peter Russell-Clarke opening the Murgon Dairy Museum in the 1980’s. Joh Bjelke-Petersen was also a speaker. Joh had an incredible memory for names but didn’t like him and kept calling him Russell all through his speech, despite Peter interjecting to correct him. At 85yrs he’s the front man on an advert for the Kevla Sumo Slicer - a TV Shopping Channel type on-line purchase.

My favorite is Mark Olive also known as “The Black Olive”.

He was excellent on the SBS TV series “The Chef’s,Line” as were Dan Hong and Melissa Leong.

I am not one to watch too many cooking programmes.

The first I can remember was Bernaaaard King, who flounced around entertaining us in the kitchen.

A down to earth chef was Iain " Huey " Hewitson who did some nice basic meals.

Another I quite enjoy on occassions due to cooking easy meals was Nigela Lawson.

@mark_m Unfortunately Peter Russel Clarke turned out to be not such a nice guy off screen as his on screen persona.

@syncretic I agree. They had a synergy that was entertaining and the meals they cooked were achievable even by humble home cooks.

@draughtrider Godon Ramsay’s on-screen vitriol was a massive turn off.

I have recently watched some Rachel Ray cooking shows on the food channel . Find her recipes and cooking hints very good .

The real turnoff was his never-ending habit of having a towel of some sort which he used throughout each episode of wipe his hands with before then using it to clean the edge of the plate when he plated the dish up.

A number of critics also mentioned it.

I am not one to watch too many cooking programmes

Some chefs have become celebrities through the writing of cook books, or achieving awards, or by winning a competition.
My favourite is Auguste Escoffier who, as far as I know, never appeared on TV, but was a celebrity chef who contributed so much to modern cuisine.

I like him especially for creating that lovely dessert which he called “Peach
Melba” in honour of the Australian soprano Dame Nellie Melba.

Auguste Escoffier who, as far as I know, never appeared on TV

Not unless Auguste was a time traveller…he lived pre-TV’s invention.