I would love any explanation or justification for the following pricing. I have Ryobi 13" thicknesser, it driving belt broke and need replacement, 15min job… with part worth probably two bucks… I was actually delusional!

Bunnings is selling these thicknessers for about $350 a piece, I was quoted for the belt $44.00!!! urethane belt is valued at more than 12% value of the complete machinery?!? I called few other spare parts suppliers, all of them quote me between $36 + GST and $44 inclusive.

This belt is not exquisite, is not gold plated even, do not have any diamond and sapphires embodied in it either. It is made from standard semitransparent, cheapest possible urethane, it is not a rarity either, it is used in several Ryobi models, it is used by several other manufacturers.

I ordered rubber and reinforced thicknesser belt from US, including express postage cost me $19, and it is made in US not in China…

My question is, what we, as Australians, can do for that price gouging? is there any legal possibility to force distributors and sellers to abide even to any decency?

what we, as Australians, can do for that price gouging

Some could argue our high prices support high wages (re our high cost relatively egalitarian society), but companies that are capital intensive as well as worker intensive seem to join in.

In fairness, how many belts would they sell in a year locally compared to in the USA, and what is their economic cost to maintain an inventory vs doing something else more profitable with their capital (eg it is not just one sided).

Gerry Harvey (representing old guard retail) seems to have the ear of the coalition, and they appear to have accepted his claim it is not about local price gouging, it is the absence of GST on imports. Hence the proposals to extract GST from international on-line merchants where the costs of collection arguably could equal or exceed the revenue for small value items, let alone the possibility of Australia being firewalled out as “too much trouble”.

Many if not most of our businesses seem to set prices on what the market will bear using the practices in place when consumers knowledge of foreign pricing was delivered through a newspaper arriving weeks later by sea mail, and it was Very Difficult and Time Consuming to buy from overseas. (pre-internet, pre-card)

Two non-exclusive options as I see it; (1) buy international until the locals compete rather than gouge (noting some are doing so); and (2) vote those people out whose parties entertain protecting uncompetitive businesses to appease their donors. (some types of businesses and industries are national security (energy, food, etc) issues, and I accept there could be special cases)

Gerry Harvey (representing old guard retail) seems to have the ear of the coalition, and they appear to have accepted his claim it is not about local price gouging, it is the absence of GST on imports. Hence the proposals to extract GST from international on-line merchants where the costs of collection arguably could equal or exceed the revenue for small value items, let alone the possibility of Australia being firewalled out as “too much trouble”.

Mr Harvey certainly does have the ear of the coalition - but it’s not the ear he ‘has them by’. He certainly made some interesting observations in this article - of course he claims he was taken out of context or misquoted … Maybe his ex-door-to-door-vacuum-cleaner-salesman friend Mr Norman gave him some advice on philanthropy.

He’s been whinging lately about “criminal short sellers” and wants to ban Amazon because they are tax evaders (sounds familiar? who might he enlist for help on that front I wonder? an entity that cares about missing out on tax perhaps?).

Essentially it seems that Mr Harvey starts squealing whenever someone puts this at risk: 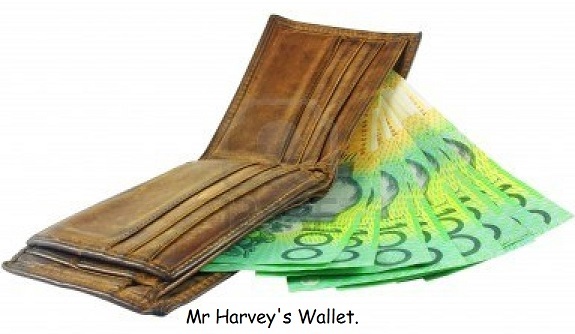 This is a great example of just how much a furphy the ‘lack of GST’ claim really is. Even if you add 10% GST to the entire cost sqoorviatek paid for his belt, including the extra cost for postage (which does not normally incur GST) his total cost to buy this overseas product would only be $20.80 (add a dollar or two for international transaction fees say $24 AUD all in). Still around 50% cheaper than here. And that is exactly why people are shopping on-line and overseas. The 10% GST imposition will make no-difference to online shopping behaviour since people save considerably more than the 10% GST in the first place. Local sellers and distributors need to get their heads out of the sand and look at their own practices before blaming the customer for shopping elsewhere. We now have a choice and it isn’t going away. Deal with it!

I actually do not agree with your statement pertaining to the “high standard of living” - this have nothing to do with outrageous rip-off! car belts, conveyor belt - measured and priced by size are several hundred times cheaper than simple urethane belt for thicknesser! and I am sure there is much lower demand for conveyor belts than for thicknesser belt…

You are right with warning against Australia firewalling - ebay and amazon - both already said that they will block oz from they sites if they will be compelled to do Australian Taxation Office job.

I do know “blink factor” pricing, my family is running business for several years, we incorporate in pricing cost of the material and labour and add 20% on the top as Company profit. Our Company operates now for nearly 30years on this principle, we have returning Customers even with many competitors in our field which supply cheaper quote, but we do our job on time, good quality and on the quoted budget.

I just do not believe in honest pricing where thicknesser blades (high density steel) are cheaper than urethane belt… where electric motor driving the unit is only twice the price of the urethane belt! where whole unit can be bought for the price of 8 (verbally: EIGHT!) urethane belts. This is straight forward dishonesty and price gouging, not necessarily by Bunnings, but because belt is marked Ryobi - I am sure that one of the two is gouging the price! I was told that Bunnings get that belt from Ryobi for $34.00 …

“what we, as Australians, can do for that price gouging” Exactly what you did, i.e. buy overseas and thus cause the local retailers either get their prices down and competetive or go out of business.

“what we, as Australians, can do for that price gouging” Exactly what you did, i.e. buy overseas and thus cause the local retailers either get their prices down and competetive or go out of business.

It’s a bit of a deadly embrace - damned if you do, damned if you don’t. Why should I hurt by paying a huge amount to support local in the hope that local will become cheaper for others or for me next time? Of course I can’t complain if I don’t and local disappears altogether. It probably comes down to a cold analysis of what is really worth doing locally, and not flogging the dead horse for things that aren’t worth doing locally. In a one-off analysis it seems simpler than in a collective …

This is possibly the main reason. … 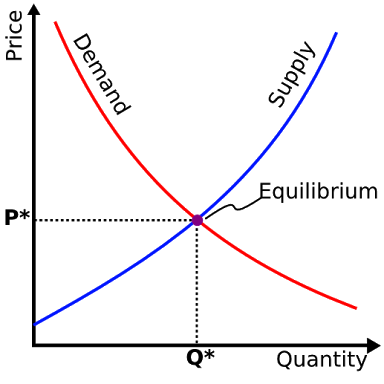 The US market has higher demand which pushes down prices (their equilibrium Q moves to the left). …basic supply and demand economics.

Add in extra holding time/lower turnovers, labor costs, rent, freight, taxes etc in Australia and the costs for the same item can be substantially more.

My son buys quite a bit of electronics gear from Asia on the Internet. I remember one item was a strip of LEDs with adhesive back to be used for caravans or to provide lighting under cupboards etc. He paid around $14 for the 5 metre strip. A few days later I saw exactly the same strip, repackaged by an Australian seller at a Caravan Show. It was $95… Talk about a profit margin.