An article regarding consumers’ reluctance to try unfamiliar foods. 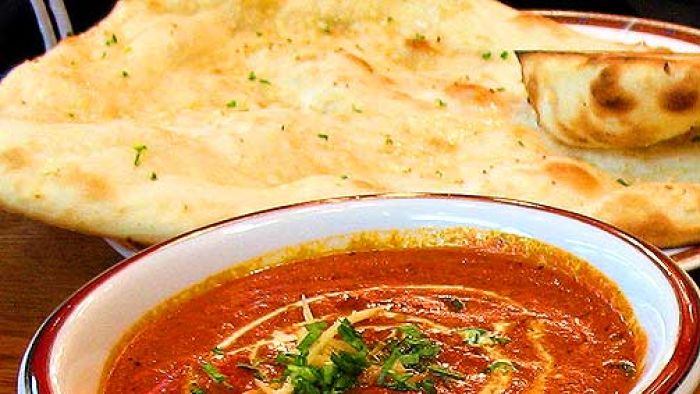 At what point does playing it safe with the menu verge into fussy eating and how much control do we really have over our taste preferences?

I must admit that I always pick meals I enjoy or know that I will enjoy as I do not want to be disappointed, especially if I am paying good money to eat it.

There are also a number of foods I had to eat when I was little that I would never eat again, even if someone offered to pay me, such as the tripe and blancmange my grandmother used to cook.

I can concur with this part of the article ’ “As human beings, if we just ate everything that we came across and ate every bush then we’d end up dying because it’s something that wasn’t good for us,” Dr Smyth said’ as I have always wondered just how humans found out what was safe to eat and what was not.

I imagine that a group of caveman would have seen a new plant and say to one of them “Here, have a go at this one, Fred”. “Oops, Fred’s dropped dead. Better put that one ‘on the do not eat’ list”.

“As human beings, if we just ate everything that we came across and ate every bush then we’d end up dying because it’s something that wasn’t good for us,” Dr Smyth said’

Burke and Wills the early explorers believed the same.

In the short version they died from starvation, while all the local first Australians seemed to have little difficulty finding a feed.

I am the opposite. I generally pick something which I haven’t eaten at that restaurant before. When I have had the same thing again, I feel a little disappointed as it often doesn’t live up to my expectations/anticipations and recollection of having it the first time.

My father didn’t like anything new. My mother taught English to migrant children and, being a very practical person, started with the vocabulary they needed - she took them to the grocer to name and buy ingredients for family meals, for example. In return they gave her recipes, cooked dishes, home grown ethnic fruit & veg. My father didn’t want to eat it. My mother patiently made different dishes for each “fussy” adult member of the extended family, although she did insist that each child eat everything on the plate and only allowed exceptions if there was an obvious long standing distaste. Like her mother she had an extensive garden. Consequently I ate everything.
She was a very creative lady who, from the first day of marriage, decided that her husband would never have the same dish twice in a month. Dad had a stellar range of sandwiches - until a workmate (a bit drunk) at the Staff Christmas party admitted his wife only made him Vegemite and peanut butter and he routinely swapped his for Dad’s gourmet assortment. After that Dad only got Vegemite & peanut butter.

My father’s widowed mother struggled to support her 7 children, they ate if she earned that day, and was a stickler for routine; a 7 day rotating menu constrained by War time rationing.

Was interesting to see them with a mango. Dad chased it round his plate for half an hour until finally pushing it away. Mr Z did the same, but as we have a mango orchard with the juice getting on his hands, he finally ate a bit, now will have it occasionally. Both came from poor circumstances. Their restrictive diets affected their health.

If we eat out (rare), I have to look for somewhere that will do Bangers & Mash type meals and choose something less interesting (to me) or put up with constant “how can you eat that s%!#?” They also have to be able to alter a meal - remove sauce, overcook meat, limit ingredients. Functions (set plated menu) are a nightmare. Autism - noise, unfamiliar surrounds, etc and he will walk out. Not many places cater, or are suitable, to the autistic.

When my kids were little I always insisted they try new foods. They did not have to like it but they did have to try it. Often their noses turned up but almost as often they found they really liked the offering.