Protecting our rights to the sun

Hi Choice:
I live in an area of Sydney undergoing a huge amount of development. Many high rises are going up adjacent to an area of mostly older, 1 and 2 story homes. A nearby development recently applied to add several stories to the (already approved) development, and in the process of reviewing the application I noticed that the additional floors would produce a ‘shadow’ over my home over the winter months. Thereby in effect ‘stealing’ my sunlight which I count on to power my solar panels.

In talking to some knowledgeable people, I am told that home owners have no protection/right to their sunlight, and that developments can just ‘steal’ their sunlight. Obviously in the past, this was a bad outcome for the homeowner, but now, with the real potential to reduce your electricity bills to zero through investment in solar panels, any overshadowing now has a real economic impact on the home owner.

This is an issue that Choice should lobby to change. Developers make millions from a couple of extra floors with views, whilst the homeowner is out of pocket forever, and the environment is also impacted. I truly believe that if someone benefits from taking your sun, they should have to pay compensation to both the environment and the people affected.

Check with the local/state authority to see what shading requirements are in the local planning scheme. Also find if one can put in a submission on the amendnent to the previously approved development. They will be able to provide such information.

In Queensland, excessive shading of adjacent areas can be grounds for objection/submission on the development.

Protecting one’s residential amenity, includes sun access. It is worth raising tge issue with the agency which will assess the amendments to ensure your interests are considered during the decision making process/prior to approval.

thanks, Phb, for your response. I have put in a submission to the local council on the proposed amendment, and encouraged my neighbours who are also affected to do the same.

It’s quite common in my Council (and others?) for a developer to come back for ‘several bites of the cherry’…I call it ‘scale creep’. Many affected residents either don’t notice or don’t have time to pick through multiple applications, or just get worn down putting in applications that no one seems to pay attention to.

It’s why I think new regulation is required to lock in protection when it comes to solar access, since I think this issue goes beyond the ‘residential amenity’ of individual home owners, and impacts the greater community by restricting the community’s ability to reduce its carbon footprint, just so a developer can get richer.

Historically developers have had free reign to build high rises and shade beaches (eg Gold Coast Qld). Also to develop high rises in locations that take away the views and amenity and value of neighbours on the wrong side of the development. On the same basis it would appear there is only limited protection and no clear right to sunlight or even to the rain water that falls on your property. You only need to consider the issues around water licenses and overland flows perhaps to see just how government approaches a similar issue.

As you point out Lynn there is now also solar PV and or HW investments at risk. Considering what might be needed to protect access to sunlight and observing several different developments in our area, the development process would require legislative change at State Govt level (Qld) to address the concerns you raised. Our local councils have limited powers over any development that is “code assessable”. I’m assuming it is similar elsewhere?

There are state/federal over arching land and environment regulations and legal processes as well as commonwealth obligations to international conventions. These seem to only come into play for a limited range of developments. EG Adani Carmichael Mine project etc. Non code assessable developments in Qld typically need to go through an approval process which provides scope for objections. The appeal mechanisms appear to provide approval through compromise and rarely prevent approval unless the state govt steps in to assert executive authority.

This suggests that without a hard legislated requirement that no development can shade the roof of an adjoining property or more than a fixed percentage of the land developments will be approved to the detriment of neighbouring owners. From the developers view point, if they purchased land with a particular zoning and under current development conditions it would be unfair to impose any further restrictions or cost on them arising from their “right” to develop that land or property.

I recollect that while us residents vote, property developers generate wealth and donate.

Thanks, Mark_M for very thoughtful response. As you point out, there are a lot of competing demands on this issue. We have similar process here in NSW, where State Govt planning panel (consisting of faceless, non-elected people) take over from local Council and typically approve everything.

The reason why I think this solar/shadowing issue needs regulation is that, usually when local residents lose out at the hand of developers (shade, freeway, etc), the impact is constrained to the poor people directly impacted…usually a limited number

Permanently destroying the ability of a neighbourhood to go solar affects us all - not just those directly impacted.

With looming NSW election, I thought it might be a good idea to see if Choice was interested in raising the issue. Perhaps ACF or other environmental group would be better placed?

I was involved with a planning objection some years ago, and it included the issue of overshadowing, as well as privacy. The planning guidelines there were a target of 1.5-2 hrs sunlight per day per residence. Now this doesn’t talk about quality or actual. It was based on sunlight studies. So according to the guidelines, about 1.5 hours of rising or setting filtered sun was enough.

I completely agree that should have a right to sunlight. Compensation is not enough to make up for the potential health issues of a lack of vitamin D from sunlight, and development of mould and other spores, or for the loss of energy, etc.

The group of us objecting tried to get the issue of lack of sunlight going, but there was general apathy in the population, due to ‘it doesn’t affect me’ syndrome.

Now with social media, and online petitions getting a significant number of people on board seems much more achievable.

Planning legislation is a state fovernment responsibility, with planning achemes/planning instruments/town plans usually a local authority responsibility (there are exceptions where State and Commonwealth have roles, such as the Commonwealth’s defence or airport land).

It can be very difficult to get either legislation or planning schemes/instruments changed, but is is possible. It takes a lot of lobbying and also being able to demonstrate a wider community need for the change.

As @meltam also outlined, social media is also an option but can be no benefit, if the response from the local or state is underwhelming. In such case, social media may be used to gain an appreciation of the communities expectation, which may encourage long term change.

Solar access is difficult as changes could impact on development, whereby the form or dunction of development changes to meet a requirement for solar access on the development in question. This may result in low level strawling type unit developments which could create unwanted social/community impacts.

In Victoria, you’d have a much better chance of success. 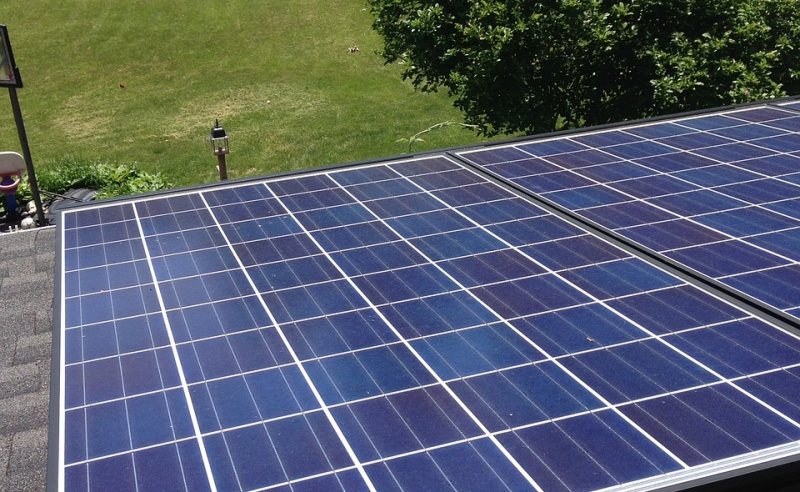 Solar power systems will be protected from overshadowing by new neighbouring developments under planning provisions in VIC that will take soon take effect.

In Victoria VCAT most often sides with the developers when they push the boundaries of planning restrictions. Sometimes their supposed ‘thinking’ defies imagination excepting developers own and operate most of Australian government in various ways.

I could go on, but one report encapsulates it.

I use to live north of Perth, when next to my house a development got approval. Even though I lodged an objection to the incursion of my privacy, and the development blocking the afternoon sun to my solar panels, the City of Stirling basically gave me the finger, and dismissed my objection.
As a consequence, I sold and moved from the city.