Product country of origin (including labelling)?

I have been to Woolworth recently and looked at pine nuts and other nuts. The packets are marked packed in Australia, but on all the packets I saw they never wrote where it comes from.

Is there a law that obliges the supermarkets to print where the products come from?

Hi @pegi228, it’s illegal for businesses to mislead consumers about the country of origin of products. However, labelling requirements won’t legally be in effect until 2018. CHOICE has previously argued for clearer country of origin labelling, there’s more background information here.

I can’t wait for the new country of origin labeling to come in.

I recall about 2 years ago going into a supermarket and looking for dried dates (to make some date balls). I was surprised that the private label packet had an Australian flag on the front saying it was ‘Made in Australia’, When turning the packet over the packaging said ‘Made in Australia from Local and Imported Ingredients’. I thought strange…Australia doesn’t have a dried date industry and what local ingredients were added to the dried dates to make it made in Australia. None as the ingredient listed dates as the only ingredient. I suspect the only Australian ingredient was the air used to fill the plastic bag if the dates was in fact were packaged in Australia.

I now find it quite offensive for the Australian flag to be draped over the front of packaging indicating something is Australian when it is in act not.

Aldi is notorious for this but have also noticed recently that Coles and Woollies have done the same with some of their ‘Made in Australia (from imported)’ products. This highly deceptive marketing which dupes the inspecting shopper into thinking it contains Australian products…and should be taken up by the ACCC.

If say a supermarket in Asia, Africa, Europe or Americas started marketing all their products as Australian made or placing Australian flag on all their products to get leverage off our renown high quality agricultural and manufacturing foods, there would be legal action to stop such occurring…but in our own country we seem to accept this deception.

Thanks for that,
Well, something should be done…what can I do? Write to Woolworth and complain? I am sure they won’t reply.

I am truly amazed that they are getting away with it and flaunting procedures. But I am sure they don’t care…what a few thousands or millions to them!

Any tricks will do to bypass the system …the main objective is to sell and deceive or is it the other way around?

I especially hate it when they kind of conceal where they come from. Maybe only 6% of the product is Australian but that is dishonest marketing. Garlic is a case in point - you really have to dig out the information for that loose garlic. I like the purple looking kind but often that is from Mexico rather than Australia. Is this because we don’t grow enough in Australia. It would be good to be told that not enough Australian garlic was available hence the foreign brand.

We may have the most libertarian business climate in the OECD courtesy of coalition governments. The problem is government prioritises business profits and eschews “red tape” (aka consumer protection). Libertarianism is essentially that government has no responsibility for much, or put another way, every person for themselves when you look through their chaff, and in this case it is caveat emptor so someone can make their dollar.

One just need look at “old” labelling requirements to see how they “get away” with it and can continue to do so for another 2 years while the new requirements phase in. Rather than “getting away” with it they have been proactively “aided and abetted” for years.

I can’t wait for the new country of origin labeling to come in… label packet had an Australian flag on the front saying it was ‘Made in Australia’, When turning the packet over the packaging said ‘Made in Australia from Local and Imported Ingredients’.

It looks like all of your fears have come to fruition with the new labels being gamed. This report says it all.

Borrowed from the ABC, but that’s ok?
Interesting graphic in the ABC original with credit to Miss Piggy!

I wonder if there is a loopholes in the new country or origin.

The label Australian whiting caught my eye and also saw that the packaging also had the new country of origin labelling.

It has the Australian coloured logo with the comments 'made in Vietnam with 99% (?) Australian ingredients (not sure about the exact % but it was in the high ninties).

Unfortunately didn’t have a camera to take a picture and can’t find the product online. Will do if I get back to the Woollies in the coming days.

I wonder if this is a loophole as raw Australian ingredients can be exported, processed and then labelled as being mostly Australian with a logo looking like it is made in Australia…only the fine print under the logo indicates diferently.

They have been value adding to Australian Sapphires that way for decades as well as our Iron ore, Bauxite, and other valuable products. But yes the labelling is at least “on the nose” if not a worse offence.

Now legislation is in place for country of origin labeling, I wonder what the ‘rules’ are. I think we would all assume that any food products packaged should include where the food is from. One week ago I bought dried packaged beans from a deli, a number of their beans did not provide details of where the food was from. I am reluctant to buy food stuffs from China and had to therefore ask where the beans were sourced from. I was told Canada, the question is do I trust what I was told or do the sales staff tell me what I want to hear? Not sure. We need to know which packaged foods should have country of origin labels and which are exempt.

Now legislation is in place for country of origin labeling, I wonder what the ‘rules’ are.

There is a transition allowing goods packaged on the commencement of the new labelling requirements, to continue to be sold.

CHOICE looked at country of origin labelling recently and found companies were lagging to update to the new standards. We also agree that the origin of all ingredients need to be included as a labelling requirement.

Thanks and really looking forward to actually see it on the packages. It is happening slowly but that is to be expected in a way. Hopefully it will be in place before long.

I have also kept on eye on the supermarket shelves and indeed, some companies are lagging behind. Especially, some nuts and dates…nothing mentioned.

Thanks, will be very pleased when this is all done

I posted this concern September last year, now 10 months on I am still seeing products with no country of origin labeling or what I would consider inadequate. Examples include where a shop packages up goods such as beans and simply labels the bag with the dried product and the weight but with no information on where the beans were sourced from. Inadequate labeling and, maybe this is within the spirit of the law, a tin of beans (sold by a leading supermarket) which said packaged in Australia from imported ingredients. I am not going to buy anything without knowing where the food product was sourced from but I do not think the law was intended to be used in this way.

Examples include where a shop packages up goods such as beans and simply labels the bag with the dried product and the weight but with no information on where the beans were sourced from…I do not think the law was intended to be used in this way.

Counterpoint is it was likely written as it was at the behest of the purveyors to simplify their lives when their sources vary from season to season or month to month. Imagine the liability of mixing ‘remaining’ partial sacks of dried beans from the USA (June batch ), NZ (July batch), Brasil (Aug batch) and Spain (Sep batch) to get one large sack for sale, without adding all the sources to the label if such were explicitly mandated.

Sometimes I empathise with the business problem and those uncomfortable with that are not forced to purchase. Whether it be a small package shop or a major processing company, they have similar commercial problems in that regard.

I appreciate that with tinned products that can be an issue but when something is in a bag, packaged by the retailer and they use a simple label system there is no excuse. They have bought for example the beans in bulk and know where they come from. By contrast I bought the same beans from a local shop that sells products in large sacks and I could see where the beans came from. It is not that hard, what is hard is the enforcement. As consumers I believe we must draw attention to it, if as I do, believe we need to know where our food comes from

Here’s a summary of CHOICE’s role in better country of origin labelling in Australia: 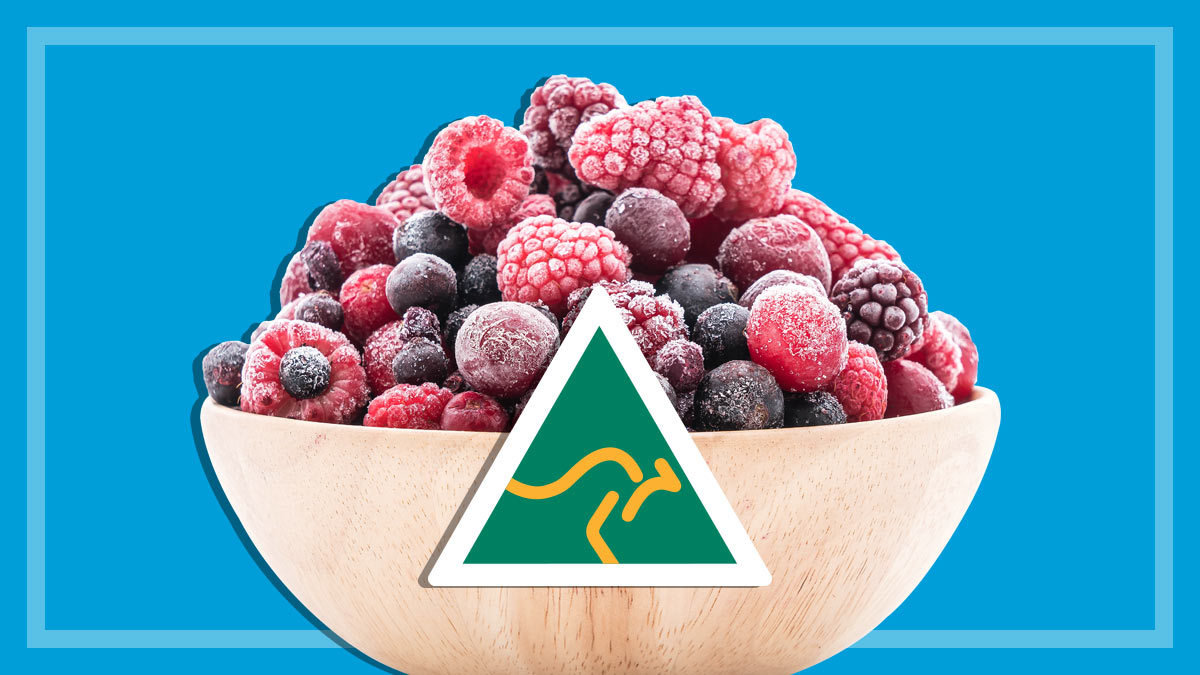 How CHOICE won better country of origin labelling in Australia

Read how thousands of people came together to put pressure on the federal government and win CHOICE's campaign for transparent and fair country of origin labels.