The Amali Beach Club has applied to the Waverley Council to have around 2% of Bondi Beach privatised for their exclusive use so they can charge people $80 to use it for 2 hours.

The Betoota Advocate has the lowdown on the proposed Amalfi Beach Club at Bondi Beach.

'Euro chic' beach club proposal for Bondi opens cultural rift, proving Australians are 'backwards' when it comes to beach culture in the process.

Plans to fence off Bondi Beach for rich

Beachgoers may soon have to fork out a fee to enter part of Bondi Beach after a plan was put forward to turn a section of the sand into an exclusive beach club.

Fortunately there is a petition on change.org opposing it which has already garnered over 12,000 signatures in a single day.

If you don’t want to see Australia heading down the US path of privatised beaches with public access barred, you may wish to sign the petition.

I understood that Waverley Council already canned the idea. 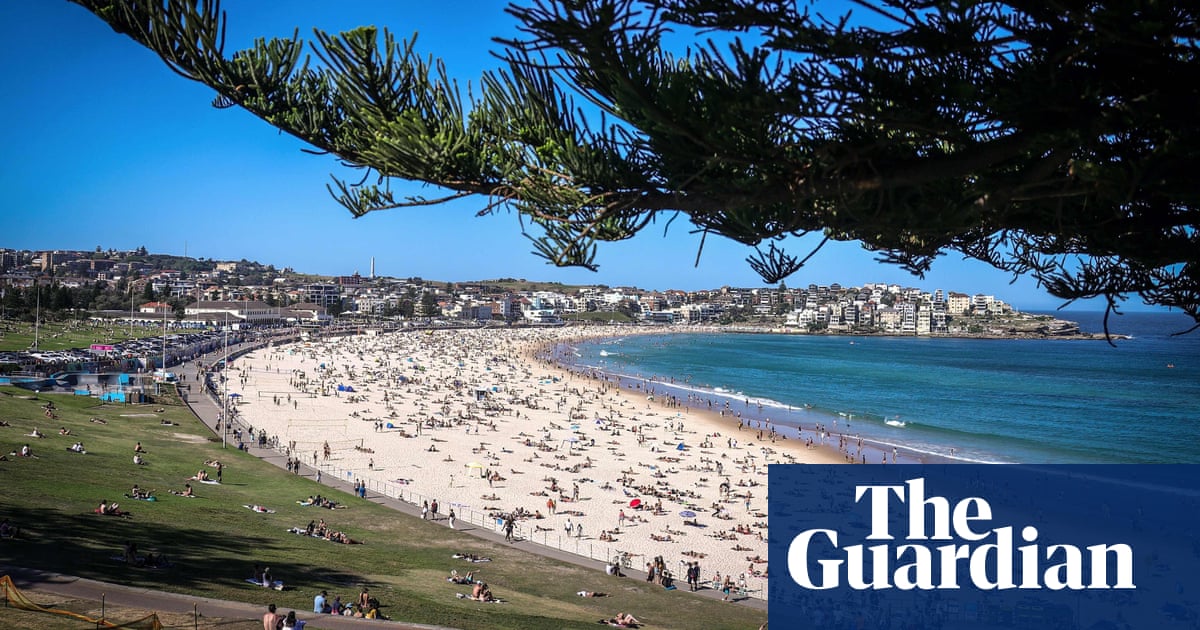 Council pours cold water on ‘unsuitable’ plan to fence off part of sand for Amalfi Beach Club, which wants to offer private cabanas, food and drink for $80

I understood that Waverley Council already canned the idea.

Except that it is now in round two.
I fully expect it will succeed as the promoters are flashing the cash, saving the Bondi economy and assuring a Covid safe separation as another outcome.

Even if the council says no the appeals process could see it elevated to the State Govt. It would not be the first time a public space or property is turned over to the exclusive use or development by a business venture in NSW. In this instance to the use of a clique of supposedly high rolling male patrons as a beach club. No mention of others!

It’s almost surreal, although for a small membership fee young men have always been able to join an exclusive Bondi Beach club, the Bondi SLSC, and lay/lie anywhere they choose on the whole of the beach. That was my my dad’s excuse for joining. Suggest if it was June 1942 again and the same scenario arose he’d be instructing the submarine which end of the beach to aim for. Instead of wondering about the source of the flashes of gunfire from their apartment window. If there is one Aussie tradition worth keeping it’s free access to all our surf and sand. Commonwealth military firing ranges and similar purposes excepted.

The idea of private beaches, or the privatisation of some section of public beaches, doesn’t sit well with many people. If you have enough money you don’t have to worry about getting a spot on the sand or the possibility that others will be close enough to feel you fart as you roll over, you just pay for your spot. Is that what we have here?

At many tourist precincts there is outdoor dining. You can get a table (and an umbrella or sun roof) near the bay, river or beach, or in the mall. Some are free and open to bringing your own food and drinks, many are controlled and apportioned to certain restaurants that treat them as an extension of their premises. We could react against that and ask how dare the restaurants prevent us from strolling freely down the mall any way we like and how can the Council be so venal as to charge the restaurant for the right to exclusive use of public land - our land. But many of us enjoy that kind of outdoor eating and drinking and are prepared to pay for somebody to cook and serve.

In the proposed scheme you get a table, chairs and umbrella and pay $80 against your food and drink. You can bet the prices will be high, so what you get for your money is not clear, but the same applies in the mall. Would there be such a reaction if this proposal was up on the sealed promenade instead of on the sand? Is it the pricing structure that is the worry or the sacred sands of Bondi being defaced?

We accept BYO food and drink at the beach so why is it so wrong to have pay services there too? Just like the mall you will not get a restaurant to provide the service unless they have some control over the seating area. Why is that OK in the mall but not on the beach?

My forebears who served in WWI and WWII would be outraged by this disgraceful un-Australian proposal.

The petition on change.org has already reached almost 20,000.

A lot of the prospective customers of the proposal would not be residents of the Council area but many of the persons opposing it would be. The potential for a lot of unhappy voters at the next election if it is approved.

And if approved, will it be the tip of the iceberg? What next? A private carpark next door for their customers BMW’s, Mercs. Range Rovers and such other tossermobiles?

Even if the council says no the appeals process could see it elevated to the State Govt. It would not be the first time a public space or property is turned over to the exclusive use or development by a business venture in NSW.

True… I keep forgetting about that. Looking at the edifices which resemble large toilet blocks rather than residential units, along the Newcastle Harbour waterfront… and the huge hotel…

My forebears who served in WWI and WWII would be outraged by this disgraceful un-Australian proposal.

We ought defend our

(apologies, but it just seems so appropriate to your reply)

It possibly isn’t privatisation per say, but a lease if the area for use by the business.

It is possibly similar to parks which Council’s regularly lease areas out for particular uses (cafes, music bowls. sports training, bowling greens etc), which are for exclusive use.

This is possibly a step not currently taken in Australia, but the above precedents do exist.

Usually the state government’s controls the land up to the HAT, so it is likely that Council could only have jurisdiction over the very upper parts of a beach, above the point of the highest astronomical tide.

Well there is a certain relevance to repelling boarders, instead of cannon and grappling irons we would fire hyperboles at each other.

I don’t go to the beach. I don’t like the water, swimming, the waves.
But I support every person’s right to roast their body, wash in sewage and Mix With Like Fellows in an egalitarian environment. The Beach. The rich don’t and shouldn’t own it.

The rich don’t and shouldn’t own it.

I never suggested they should, just that there seems an inconsistency with the way we treat alfresco wining and dining, hard surfaces and sand are not given the same rules and so far nobody has given a reason for it.

I don’t go to the beach. I don’t like the water, swimming, the waves.

I spent decades immersed in beach culture on the northern beaches of Sydney. I can attest that God’s own country was perceived at risk much of that time, mainly from “Westies”. A Westy is somebody who had the misfortune to be born and raised west of the longitude of the Bahá’í Temple. I have felt the animosity out in the break towards interlopers at dawn and through the day. Neither your background nor mine seem very relevant to the issue however.

An update on the petition which has now exceeded 27,000 signatures.

Hi all. Janek Gazecki was interviewed on the Rose Bay Facebook group where he disclosed that food for his private beach club won't actually be prepared by local restaurants, but in the commercial kitchen he uses for catering his Polo events...

An article regarding wedding planners complaining about the fees the Noosa Shire Council charges for wedding ceremonies on their iconic Main Beach.

'Outrageous': Couples turn away from famous beach wedding destination due to...

Noosa wedding operators say the council's fees are making an already difficult year even worse, with three-hour Main Beach foreshore permit costing $567.50, up from $159 in 2014.

I expect the lower charges by our local Council would be more that offset with the additional costs of travel and accomodation for Cairns.

Of course, the answer would be to simply privatise the area and give wedding planners free rein.

One might need to drive that far to find a parking spot close to the beach at Noosa as a matter of course.

Or one could book a room at the Sofitel Noosa Pacific Resort, parking included. Current room price average $601 per night. For weddings just drop one couple off the guest list, although if the main party stay in house the beach booking should come free with the parking?

Hot tip for travellers, it’s cheaper to stay a little away from the beach and catch the bus or get the ferry service from Tewantin. It will leave you more in the budget to pay for everything else that has a premium to match the local councils opinion of the beach side location. The best attractions are the Noosa National Park and waterways through to the Cooloola National Park.

No need to comment further on Bondi Beach till the border restrictions are removed. It’s not worth the two weeks in quarantine on coming back to Qld. Although it’s going to be cheaper than Noosa, and has the rest of Sydney to explore.

An update on the petition which has now exceeded 27,000 signatures.

Another update on the petition. 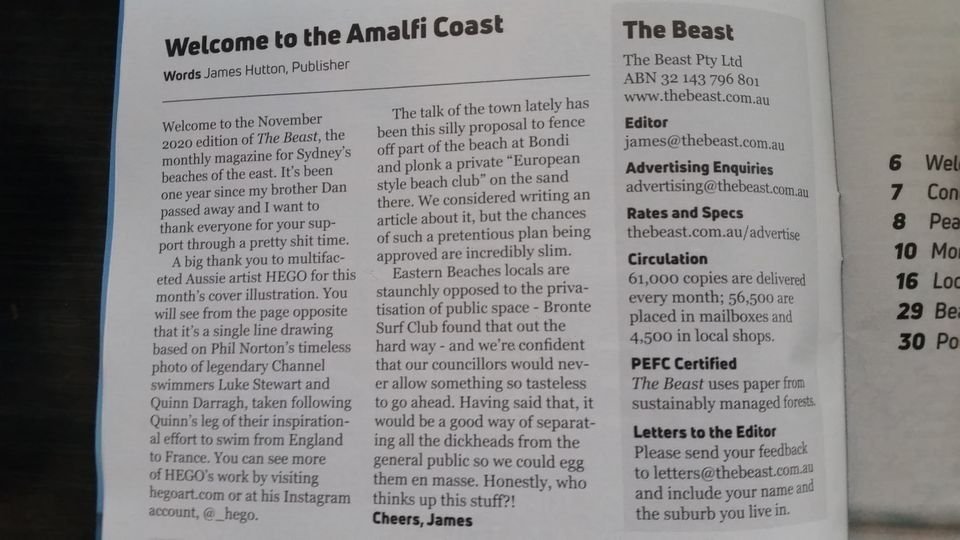 Silly Proposal to Fence off part of Bondi beach, and other ridiculous ideas

Seems like it's not the first time Janek Gazecki has sought DA consent for a self-serving proposal on public land - his 'Polo by the Sea' event at Christison Park (of all places) was rejected by Woollahra council in April 2020. One of the many...

The beaches in Australia belong, or should belong, to all Australians, not just the elite few.
It is bad enough going to a beach where it is shadowed by high rise. Surfers Paradise beach has been ruined by this.
They are doing away with many of the green spaces in cities and ruining our cities please do not ruin our beaches any more.

Another proposal to have part of an Australian beach for private commercial use.