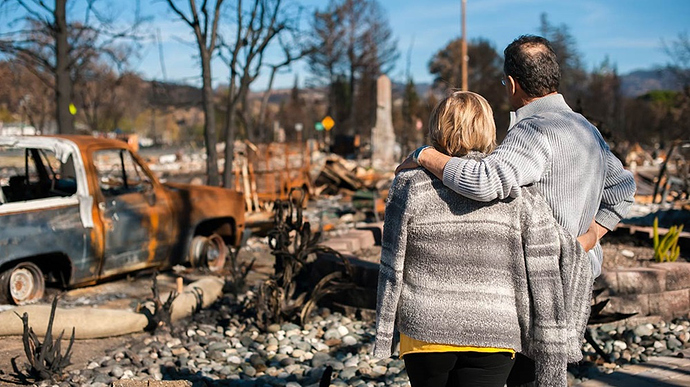 The terrible floods that swept through eastern Australia in the summer of 2010–11 caused a revolution in the way the insurance industry covers homes for floods. Many people discovered their policy didn’t include this event, and many who were covered still had claims denied, based on tricky definitions of flood that varied from insurer to insurer.


Anger with the industry's response motivated the federal government to mandate a standard definition of flood across the industry. Many insurers then moved to make flood cover standard in their policies. This didn't fix all of the problems with flood insurance, but it did a lot to reduce confusion about whether or not your policy covered you for flood damage.

As people affected by this summer’s bushfires start to lodge insurance claims, I fear that many will be disappointed with the outcome.

This will be partly due to a gap between what people think they’re covered for and what they find they need. Estimating the cost to rebuild and refurnish a home is a complex task. It may cost more to build a new home than to buy an established home, and new homes may need to be built to higher standards, especially in bushfire-prone areas.

Sadly many people will also encounter tricky terms in insurance policies that shouldn’t be allowed.

Some home building policies require a person to pay an excess to the insurer before a claim will be paid, rather than simply deducting the excess from the payout. If, through fires, you’ve lost income as well as your home, that’s an unreasonable burden.

Other policies only pay out what it would cost the insurer – a large company with significant bargaining power – to rebuild, as opposed to what it would actually cost a home owner in a fire-affected community.

Multiple inquiries, most recently the banking royal commission, have recommended these protections be extended to insurance. The government has drafted legislation but the insurance industry continues to lobby to water down this reform.

We take out insurance with the expectation that we’ll be looked after if something goes wrong, not tripped up by tricky terms and conditions. I hope that the tragic fires of the past few months prompt parliament to act swiftly to ensure that more people in the future get the peace of mind they expect from insurance.

Different time/ disaster. Many years ago our town went under in floods. One (1) household only was fully insured in the town. The rest of us had our houses cleared and moved on long before the insurance Co. came to help.
We have self insured contents since. For the house we read the contract, and pay extra for flood and fire.