Hi everyone. I am going to attempt to contact this photography studio tomorrow as a last ditch attempt to get a full refund before I take this to fair trade so was hoping to get some advice.

We came across this photography studio (name which I have omitted) advertisement on Instagram. Inserted a screenshot of the ad which states that complimentary session and artwork is included).

The first email we got (I have a screen screen shot) states that ‘As part of being part of this project you will receive a $800 Gift Certificate which gives you a ‘Complimentary Portrait Session in our studio along with a 11x14 artwork of your fur family.’ (19/10) and that someone will contact me the next day.

The next day (20/10), I had received a call from GAP Studios. a Lady called me to confirm the date of booking.

Said that this is a complimentary photography session with a printed portrait and there will not be any out of pocket costs involved on our end. She mentioned if we didn’t want the complimentary portrait, we can use the value of the portrait as credit towards something else from their studio.

She continued to secure a $75 deposit from us to ensure we attended the session in which I provided my card details. Once the call finished on the 20/10 she sent us another confirmation email which stated that ‘
Using my Gift Certificate

As you are part of our “My Fur Family” Project, your session is complimentary.

You have also got a single 11x14" fine art matted portrait print which is valued at $650.
(Have screenshot)

This was confusing to us, but we assumed that the staff should know what they’re doing and advise us on which is the correct package for us.

On the day of photography session, we were ushered into the photography studio as soon as we entered the premises and pictures were taken right away without giving much opportunity to confirm what exactly we were doing regarding packages etc.

After the photos were taken to the ‘viewing room’ which was very dark as there was a projector showing our photos. The lady who was showing us the photos said we had a $450 gift voucher (which we assumed was correct and trusted them so I didn’t pull out my phone to double check) and told us about the packages available (ie. canvas print packages, acrylic print packages and digital print packages) - no mention of the complimentary portrait that was stated on the email. The photography studio proceeded to play some very sombre and sad music in the background as the pictures were being displayed on the wall and was illiciting an emotional response from my partner and I.

We continued under their direction picked some photos that we considered to have digital copies of.

At the end of the slide show we weren’t asked again if wanted the ‘complimentary artwork’ or which picture we would like to have as the complimentary artwork.
We were told to pick picture A or B etc, and not much time was given to us to really think about what we liked. Once we had narrowed it down to 10 or so photos the lady kept telling us that ‘digital photos can be kept forever…etc’ and it felt like she was pressuring us to purchase because any photos that aren’t picked are deleted on the same day. So unfortunately, we were mislead into believing this and in conjunction mounting pressure we were under we paid $995 for 6 digital files.

When the sales associate brought out two invoices for me to sign (one copy of which i have) it was done so in dim lighting as they were still projecting the photos onto the wall, therefore I was unable to clearly read what was written at the time, so I signed it thinking that everything was disclosed to me. They did not explicitly tell me that we were not paying for the ‘My Fur Family’ package but the ‘Who am I’ package, and the option to have a complimentary artwork was not mentioned at all.

I got home and checked the emails they sent out to us on 19/10 and 20/10 and realised that we were not offered what was highlighted in the emails and we’re not made aware that we had the option for the one photo to be printed.

I called them back later that afternoon and told them that what I was charged for is different to what they had sent me via email. They told me that they no longer did the ‘my fur family’ package as that was pre lockdown, and that they had adjusted the prices without ever breaking it down to me, or informing me- and that in the end, with the ‘who am I’ package that they had applied on our invoice the total comes down to the same price.

I requested a full refund as I was not even given the option to have just the complimentary 11x13” portrait printed, and was automatically coerced into purchasing digital copies as I was told that the prices of printed photos cost starting from 1600.

The photos have not yet been delivered, we were advised it will take 6-8 weeks for them to edit.

Can I please get some advice on whether based on my circumstance , I will be able to get a full refund through fair trade?

I assume that the Gap Studios you referred to is the same one in these scathing reviews. 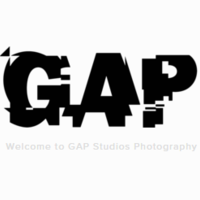 Total rip off place. Felt like thriller movie suspense revealed only in the end. Please check reviews and then proceed further. In the name of $800 gift voucher charging ridiculously unbelievable rates at the time of finalising photos. Highly...

It appears that the topic should be posted under Scams.

Hi Fred, thank you for your reply and oops I accidentally forget to delete their name. But yes, in hindsight I really should’ve looked them up before I attended.

Welcome to the Community @E8415

Note that I deleted your duplicate post and re-categorised this original under scams. We do this to avoid parallel topics and threads replicating the same issues, just the same yet differently in each.

last ditch attempt to get a full refund before I take this to fair trade so was hoping to get some advice.

Note no one on the Community can offer legal or financial advice, just our opinions and suggestions.

advertisement on Instagram. Inserted a screenshot of the ad which states that complimentary session and artwork is included)…We applied and got an email back saying we were shortlisted

From your word ‘applied’ would I be correct in thinking the Instagram ad was presented as a special of some sort for only a few customers, possibly to be a reference for them? If so, that is Red Flag #1 for a come on more often than not.

… complimentary photography session with a printed portrait…not be any out of pocket costs involved on our end.

Did you say that or did the rep say that? That would be important regarding whether there was misrepresentation.

If something is supposedly free that would be Red Flag #2 that there is going to be a sales pitch.

It is important to have everything in clear writing that one understands, as well as questioning anything not completely clear. Assumptions are not relevant when problems arise.

Come-ons often pick the free photo not the customer. It will rarely be one the customer would pick or they could not sell others.

Without some proof you could struggle to demonstrate they were not being genuine.

While in a country far away (the USA) two years ago I bought a complete photo shoot of my American family, 2 adults and 3 children, for my Christmas pressie, done on a location not in a studio by a professional photographer. People not pets, $USD350 for the shoot and 100 HiQ images, many absolutely brilliant. We had one printed locally on (500x300) canvas for $120 and another a size up for $140. Not suggesting, but you can make your own conclusion while accepting prices vary widely from locale to locale…

They told me that they no longer did the ‘my fur family’ package as that was pre lockdown, and that they had adjusted the prices without ever breaking it down to me,

That is something you can hang your hat on for misrepresentation if you were not told. While they claimed the total came out to the same price, did the services match, is a critical point.

I requested a full refund as I was not even given the option to have just the complimentary 11x13” portrait printed, and was automatically coerced into purchasing digital copies as I was told that the prices of printed photos cost starting from 1600.

While you were ‘automatically (?) coerced’ you went ahead, essentially with eyes wide open but blind. If you agreed and signed what could be a legal contract with T&C on it, those will be important for you to review.

After reading those T&C I suggest you use the Community search tool and search the Community site on the following terms → ACL, Australian Consumer Law, and Letter of Complaint. You will get hits including links to the ACCC, Choice statements, a tool to help with a letter of complaint, and member advice on the how to’s.

If they are not responsive to a request and then a Letter of Complaint, you can take your case to your Fair Trading but Fair Trading is not usually a consumer advocate per se, they are only interested in a law being broken and want to make ‘cases go away’ (as many report). If you presented your experience to a court, the court would look at your contract and then consider claims of misrepresentation or unconscionable conduct. I hope that provides focus.

Good luck, and let us know how you go and if you need more guidance.

Thank you Phil for your detailed reply. I have taken on board what you have said and will clarify accordingly.

Thank you once again

Can I please get some advice on whether based on my circumstance , I will be able to get a full refund through fair trade?

Any statement representing your products or services should be true, accurate and able to be substantiated. There are fines for businesses that mislead consumers. It does not matter whether a false or misleading statement was intentional or not.

I would be taking this approach in the letter of complaint as outlined by @PhilT. Use some of the information on the ACCC website in your letter and also provide them with the weblink. It appears that they have been very shonky in their business approach.

Thank you for sharing the link with me. I have had a thorough read and will be using this to substantiate my claims.

Thank you once again