One of Australia's most notorious convicted fraudsters has been arrested walking his dogs on a Port Douglas beach.

When I walked through our lounge room a short time ago whilst my wife was warching the “pretend local news” on TEN, Puppet 1 in the studio started talking about Peter Foster’s latest arrest and crossed to Puppet 2 who was standing outside a police station.

She waffled on between still shots as per the one in the ABC article above.

Some scams like Peter Foster involve persons being charged with crimes whilst other scams such as regional TV “pretend local news” are allowed to operate with impunity.

Having little understanding of one’s own capability is a common failing of youth. You might expect somebody who is well into their sixth decade to have learned a little. Foster has been arrested and incarcerated so many times in so many countries if he was at all rational he would have worked out by now that he just isn’t very good at this con man game.

Can I take it this is the actual news release being discussed, across numerous sources? 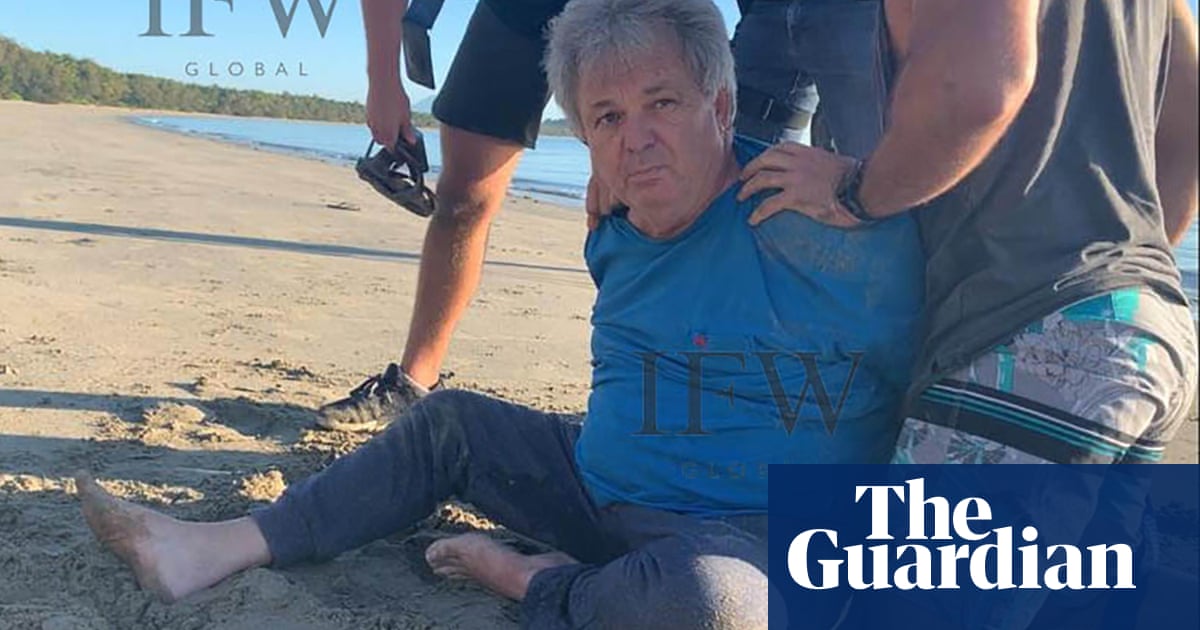 The first linked post in this topic appears unrelated to a Foster!

P.S.
Not sure about Ch10 and puppets. For the moment at least the content, quality irrelevant is presented by real people, just like the rest of us. A little respect goes a long way.

Yes, it is likely one day all the news networks will offer up their own AI generated animation as a way to save money. And for a small extra on your premium subscription service you will be able to select from a range of animated personalities. Not technically challenging by today’s standards of 3D gaming and the use of skins.

The quality of the news content might not change. Can your animation be individually selected to present in a style that suits your mood? I’d subscribe to the Hugh Parkinson stylised editions. How some news really needs to be seen. No real beings harmed in the making of the content?

The first linked post in this topic appears unrelated to a Foster!

Yes. He isnt mentioned at all in that post.

forgot to reload the mouse again.

Have you considered using Python? It’s quite useful at ensuring good behaviour once you learn how to tame it.

Have you considered using Python?

One way of ensuring there’s no ‘errant’ mouse in the house. That’s the problem with mice. They are always doing what you don’t want and you only realise their misbehaviour after the deed is done. Our’s (Python) plural share space in the rafters. True your mouse might be a little less animate.

We rarely need to use a mouse these days. The idea of reloading a mouse seems quite a whimsical way of explaining how the mouse came to misbehave. Hope you find the solution equally useful. And yes, some know Python as a programming language. Operator error is a common cause of unintended consequences. Many happy reloads.

If it wasn’t serious, it would make the basis for a Australian movie…one would think over time one would learn lessons of the past.

Early in the Australian TV mimi-series, “The Cowra Breakout”, an experienced sargent said to a wet-behind-the ears lieutenant “Respect is not something given, it is earned”.

Likewise for TV stations who serve up puerile garbage.

There is no excuse for them pretending to have local presentation, and having someone standing in front of a police station, courthouse, hospital, hotel, shopping centre, etc, does not cut it.

Why not simply show any images they have as part of the presentation from the studio instead of this charade of “live crosses”?

Back before aggregation, 10 was the incumbent commercial station in FNQ and actually had a proper local news service which is now long gone.

A few years ago, we drove to a plant nursery south of Edmonton and saw a small car in a cane field on the other side of the railway line, and we also saw a 10 vehicle in the area so we expected that the mystery of how the car got over the railway line would be presented on the local news that afternoon.

We watched in vain.

The only thing more annoying is the garbage morning TV shows which my wife sometimes watches, filled with pretend laughter, cheering, yelling, clapping, and other such nonsense which would make a kindergarten full of kids look mature in comparison.

An update on everyone’s favourite conman.

Convicted conman Peter Foster to be extradited to NSW

Convicted conman Peter Foster will be extradited to New South Wales after his arrest on a north Queensland beach yesterday over an alleged international sports trading scam.

I did not notice previously that the photo has been watermarked with “IFW Global” so the investigator obviously provided the images to the media.

I did not notice previously that the photo has been watermarked with “IFW Global” so the investigator obviously provided the images to the media.

The “news” item was created from a press release issued by IFW Global, the company who tracked him down and tipped off the police.

incarcerated so many times in so many countries if he was at all rational he would have worked out by now that he just isn’t very good at this con man game.

While here in Port Douglas he tried to buy a multi-million dollar white boat that’s currently for sale. I suspect he may be pretty good at the con man game, except he just keeps getting caught.

he may be pretty good at the con man game, except he just keeps getting caught.

Yes, my uncle was a superb fisherman, just never caught any fish.

Whether a failed conman or not, he seems to survive anyway. Beats the hell outta me.

he seems to survive anyway. Beats the hell outta me.

How many of the millions of dollars that he scammed were never recovered?

How many of the millions of dollars that he scammed were never recovered?

Do we add to his self image by even mentioning “he who has been caught again”?

Are you suggesting living well on the outside and famous for his achievements living the dream on the inside?

Would rehabilitation be better served through prison employment, not to be released until he has paid back in cash all that was taken falsely. An interesting notion for more profitable corporate crimes.

I’m 43 now. And I’m certain Peter Foster was regularly being arrested and appearing on A Current Affair when I was a mere boy.

But like everyone, he’s getting older. And one day, he might find himself under his very last arrest.

Going to be sad to think I might never sit down and have another morning coffee, whilst reading a news article that shows Peter Foster in handcuffs and being taken into custody.