I received a text message today, inviting me to renew my passport (screenshot attached).
I thought it was probably a scam, but before deleting/reporting to Scamwatch - I rang DFAT and queried the content (my passport expired in February 2020…).
I was told that it probably had been sent by the Australian Passport Office: the phone number at the top of the message was Brisbane, but staff member said she would double check, and at my request, ring me back to confirm its legitimacy: later this afternoon I received confirmation that the message is NOT a scam.
Apparently, some sort of program to renew passports as travel is coming back… 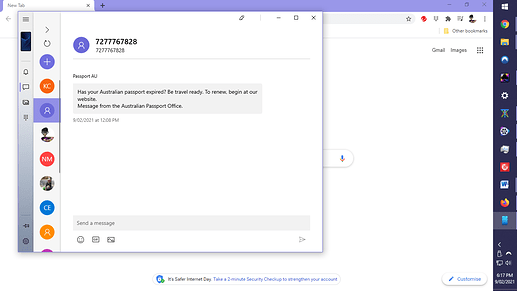 It is written in a similar style to phishing messages. You were right to be wary.

Perhaps they could add some authentication to validate the message?

It is written in a similar style to phishing messages. You were right to be wary.

The main difference is it doesn’t appear to contain a URL link in the message, which seems to be becoming standard practice for government and major businesses (which are subject of regular phishing attempts).

It points one to go to their website without a link… making the receiver use their own known passport office URL. The only downside is there are examples where non-genuine urls appear in internet searches directing the less observant searcher to a phishing website.

The passport office used to mail out reminders, I wonder if they still plan to do both as over 10 years, things can change such as mobile numbers and postal addresses.

passport office used to mail out reminders, I wonder if they still plan to do both as over 10 years, things can change

That’s four changes of address long gone, although we have used the Australian Govt Smart Traveller web site to update details each trip. So between CentreLink, the ATO and Medicare, they might know.

P.S.
Recently received an SMS on the old mobile number as a reminder my passport requires renewal. Looks as for the previous post. There are definitely no links to click on!

It actually expired when the Covid travel ban came in. A suspicion is the Govt needs the revenue? We still can’t go anywhere. Not even New Zealand! With International travel according to some likely to be restricted unto 2024 according to some why bother. The Govt should be offering a discount or 3 years free if one renews now.

According to the following link you may have up to 3 years from expiry within which to do a Streamlined renewal. No rush then.

How do I renew my passport? Our 7-step guides set out what to do. There’s one for adult passports and one for child passports.

Just when I thought it safe, and after I had independently of my mobile checked the Australian Govt Passports web site. 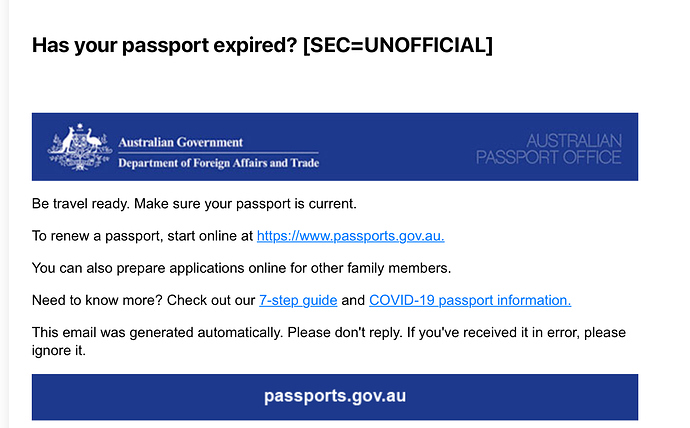 Secondly, the timing that was not concurrent with the prior SMS but only after I’d visited the government Web Site. Coincidence or some greater knowledge? Facebook and Google watch out!

This somewhat vapid bit of historical reality does not explain why our passport $$$$ are so high compared to all the other countries who have the same requirements, but interesting nonetheless. Perhaps successive government got onto the idea of the ‘Australia tax’ and see taxes as funding its lofty pay and services as user pays costs + profit. It puts a certain spin on the ‘business of government’.

The cost of Australian biometric passports and the rigour involved in obtaining one can be traced to a system that evolved over the past century.

Just as an aside, I received an SMS reminder last year that my passport would soon expire, and the SMS said to visit the Australian Passport Office website for more details. I specifically noted that the SMS itself did not have a link or website name in it. This is good as it ensures people will look up and visit the correct website (simply typing “Australian Passport Office” into Google gives the correct link) rather than normalising URLs in text messages.

Just out of interest - would you post a screenshot of the SMS? I wonder if they have changed the message since I received one in February 2021 (see original post at the top of this page) I was concerned about it being a scam.

I didn’t think I’d be able to find it, but never fear… here it is! 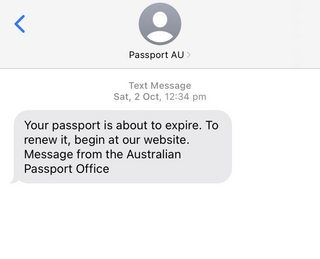 It looks like the only difference is telling you that it’s about to expire (mine was ~6 months off at the time), which probably gives more confidence that it’s legit.

Thank you. I agree that yours looks legitimate - as mine turned out to be too!

The backlog remains and another apology issued. An apology is hollow when bookings need to be changed because of tardy delivery well beyond advertised service levels; it is arrogant (although apparently necessary for risk management) to advise not to make bookings until the passport(s) is received when bookings need be made months ahead and have cancellation or rebooking costs. Can people manage that? No choice (no pun).

Queueing up at an APO when a passport is long over due? Priceless especially when having to leave empty handed and getting stressed after 2+ months of waiting to have to return. 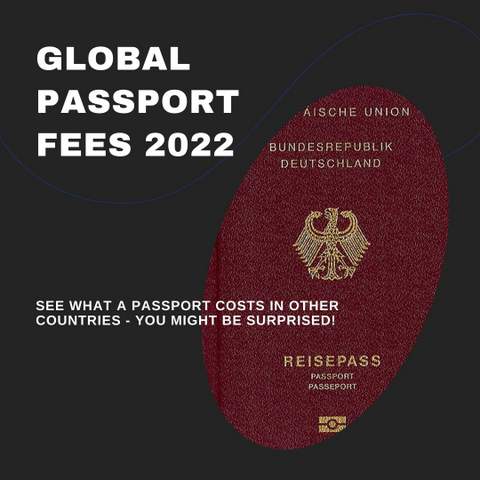 Passports are a necessity in today’s global world and so are the passport fees someone has to pay, in the best case, probably every 10 years.

Someone seems to be telling a furphy but everyone could be right on in their personal circumstance. Averages quoted by government? If you are an outlier they can be cold comfort. DFAT is not just the APO, but. In 2022, the backlog emerged with a vengeance, and a wave of applications crashed into a DFAT that had $600 million cut from it by the Morrison government. 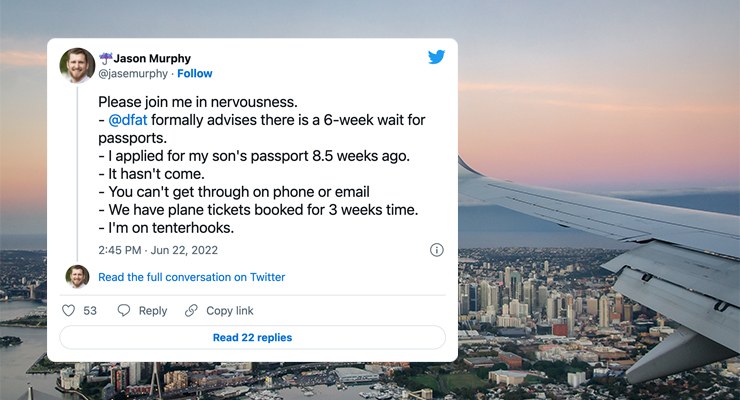 Waiting on a passport? You're not alone

There's nothing like a 77-day wait for a passport before a pre-booked flight to get the adrenaline pumping. I cannot recommend it.

Not good news for those frustrated waiting on applications which appear to require the human hand to process most diligently.

The time to process may vary, The simpler may be a renewal where there are minimal changes to all prior details. The computer might accept with minimal human checking?

I completed an online renewal and submitted the physical documents required on 11 July. Surprisingly I was advised 18 days later the replacement was in the mail along with the tracking details. Now if AP can better 18 days?

Ready for collection just 6 days later for a total turn around of 24 days.

Where possible, one should apply for a passport prior to making/booking any travel plans.

Of course the government did issue those of us with passports about to just expired some clear advice. iE not to rush there was an extended period of time within which to renew. A worthy cost saving given none might be able to travel within the near or not so near future. For those applying for a first time or changed document why rush when there was nowhere to go.

Hindsight is a wonderful thing. But only the Govt was ever in a position to evaluate what chaos the future outcome might be. IE knowing the potential backlog the advice could create and limited resources available.

Greater wisdom may have been to offer an additional 2 years to the expiry date of applications made during the first years of Covid. After all what were all those public servants in the passports office going to do during Covid if no one was applying?