@RosPage has put together some easy advice on looking after your privacy online, from Facebook settings to encrypted networks.

The internet is a dangerous place. Click here for information from CHOICE experts regarding internet privacy and security for computers and smartphones.

It looks good thanks @RosPage. I will go through it in detail when I have more time.

Had a good read of the advice. Much of it seemed to have been expressed on this site already but was a good “bringing together” of the advice spread over many posts. I think if Choice readers do heed the combined advice their online activities will be conducted in a more secure and safer way.

My only criticisms, and they aren’t big ones, 1) was the use of crosses, which can have a negative context, to indicate the level of “paranoia”, and 2) the use of the word paranoia, to use those tools. Paranoia has the meaning within the health and wider community of irrational fear, mental illness. As such the use in a helpful document may influence people to think they are perhaps being “paranoid” rather than prudent and defensive (or something similar in meaning). Perhaps rather than “level of paranoia”, using “level of defensiveness” or similar may be more appropriate.

Interesting topic. It’s rather easy. As soon as you divulge any photograph of yourself or information pertaining to your where abouts your vulnerability increases one hundred fold: When shared with any open access media platforms ( including here unfortunately ). Just use common sense as you would with a stranger in the items you post in social web circles. As always it is a learning curve, and I have kept certain nuances over the decades: modifying some in respect to the evolving nature of this artificial organism. You do not have to be a expert in basic syntax or know the in’s and outs of basic script ( as you used to have to be to communicate on the ubuweb ), but I would suggest people that you at least know the basics of the operating systems you are using. May your roads always be blessed with peaceful smi|es; Peter.

Having recently become familiar with the subversive nature of the Google search engine, where ALL your searches are stored and a user profile created, I’ve changed my search engine. One that guarantees no data is kept is Duck Duck Go. Funny name, but works BETTER than Google (no fake results at the top of the list) and does not store any user data. Works on Mac, PC, IOS and Android. Don’t be tracked on the web…don’t use Google.

I use facebook to keep in touch with my global family and a few select friends.

_Edit: I was passed the following and was remiss in being diligent. Read @draughtrider’s post for the real story _

It has its place, eyes wide open, mostly, but recently learnt that many of us are being ‘followed’ without our knowledge. Not comforting, especially when you have your privacy shields up and you think all of your info and posts beyond your name are set to ‘private to your world of personal friends’.

Go to ‘settings’ and then the block list. Enter ‘following me’ in the name field and see how many there are. You might be surprised. For those users who want to be followed, this ‘problem’ is not for them. For the rest of us, an eye opener.

I use facebook to keep in touch with my global family and a few select friends.

Same. You can turn following off in settings->public posts - reduce it to friends, so only people who are already friends can follow you. There’s also a hand link at the bottom to view your public profile - with any luck it’s fairly blank.

I tried putting “following me” in the block users box, and got a heap back but the message at the top indicates this might be misleading? “The list below shows results for people whose profile includes words similar to “following me”. These people may not be your friends or followers.” … The list was quite long, all sorts of apparently random people - I suspect they have just matched on the key words because either way, I don’t allow followers. I selected a couple and they had the word following somewhere in their ‘about’ … tried ‘following you’ also with similar results.

Of course, there is the stuff other people know about you, and the stuff Facebook ‘knows’ about you - whether its real or not …

I had it zipped up tight and that ‘following me’ got passed to me. My old eyes missed the proviso on the top, so thanks for the rest of the message. My bad for missing it

What does everyone think about this proposal for new systems to better protect data privacy? 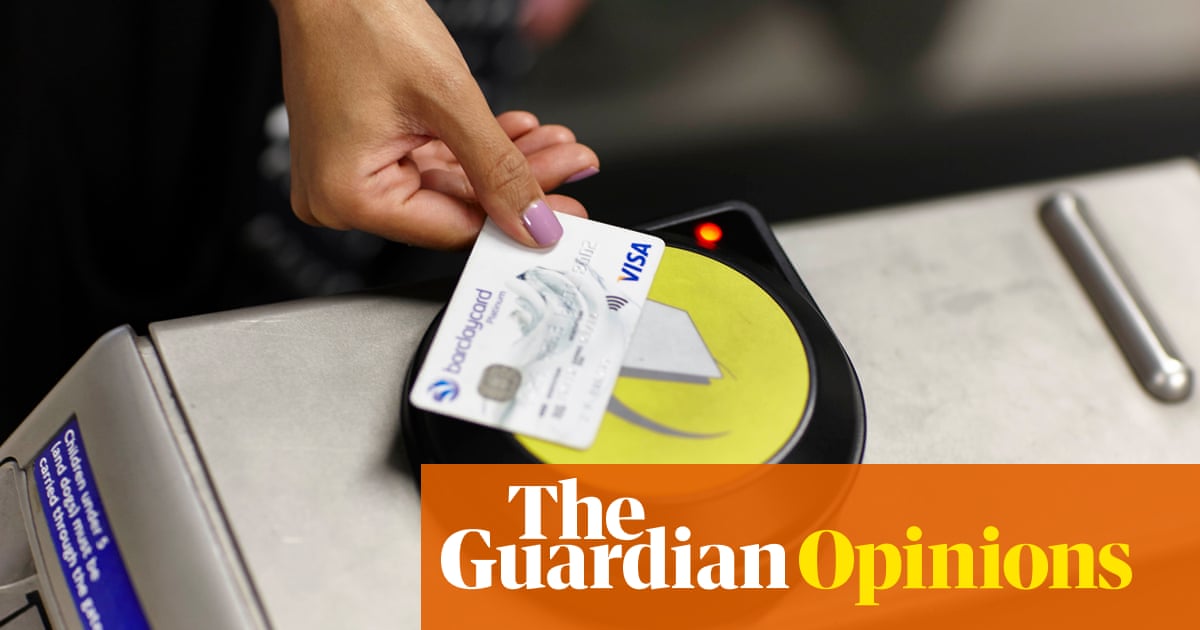 The surveillance imposed on us today is worse than in the Soviet Union, says president of the Free Software Foundation, Richard Stallman

It is a nice idea but will be resisted on so many fronts it will take levels of protest I don’t want to envisage to get it changed.

Civil law enforcement will be a big one of the entrenched objectors, Counter Terrorism another, Health systems another, Insurance another…the list would be so long I think it would be hard to name them all. All of them with what they consider valid opposition to change to more restriction, and in fact they probably want expansion.

I think the battle now is about keeping what you have left as private to be kept still private. That is a failing/falling objective though and my opinion the outlook is very bleak indeed.

The surveillance imposed on us today is worse than in the Soviet Union, says president of the Free Software Foundation, Richard Stallman

Richard Stallman is an interesting guy to say the least. I’ve met him on a couple of occasions and his position is well researched and strongly defended … applying it to what I’ll call ‘the current reality of our world’ is a huge challenge though. I feel it is good to see an extreme position put forward, especially one with the best of intentions, at least it puts a peg in the ground from which to measure and compare.

Want to read what Amazon are thinking of doing?

then the story from the BBC 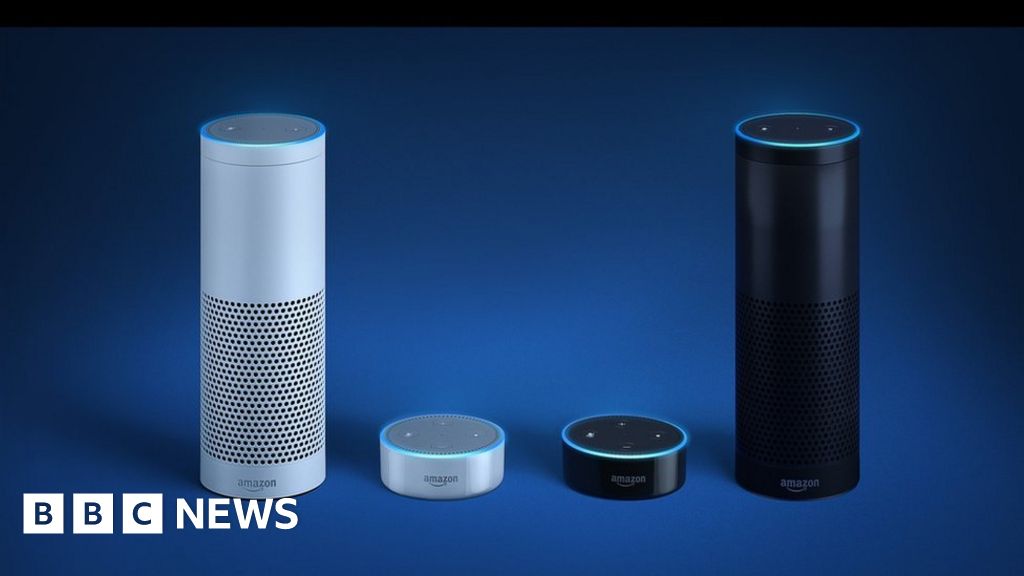 The company has designed a system that can analyse conversations to target advertising at customers.

Finally when you read that BBC article notice it mentions the “Echo” and how the patent describes listening to an entire conversation. Amazon say they don’t listen in. Let’s take them at their word, but how long if ever will it be before they do?

Getting worried yet anyone?

NSA sniffs conversations for triggers already but with so many Home Automation/Assistant devices becoming more common when will it be a free for all party.

That would have been an interesting meeting @draughtrider, would love to pick his brain for an hour or two.

@grahroll Amazon’s claims that they ‘it does not eavesdrop on customers’ conversations to target advertising at them’ … [something something] ‘profiles’. They must be going for the Furphy of the Year award

it does not eavesdrop on customers

So it listens but it doesn’t yet listen…interesting concept. Maybe it is called selective hearing…something my other half already says I have.

Users of the Firefox browser might want to be aware of this:

A new feature in Firefox
With their next patch Mozilla will introduce two new features to their Firefox browser they call “DNS over HTTPs” (DoH) and Trusted Recursive Resolver (TRR). In this article we want to talk especially about the TRR. They advertise it as an additional feature which enables security. We think quite the opposite: we think it’s dangerous, and here’s why.

it will be contentious

I turn my 'phone off (I think - can you actually turn off a 'phone these days?) when asleep. Even Orwell didn’t foresee people carrying around their own personal tracker.

Do you know what your phone is up to while you sleep?

When reporter Simon Elvery turned the spotlight on his spying devices, he was surprised at how busy they were — even when he was sleeping.

What does everyone think about this proposal for new systems to better protect data privacy?

The FSF does a lot of good work on privacy and protection of digital rights, but it faces an uphill battle.

My general tips for privacy (since I have only seen this thread for the first time today) include (in no particular order):

I have probably missed a few obvious points, such as enabling 2 factor identification wherever possible and how to keep private on your phone (in brief: you can’t), but this is a start.

That really only leaves Australia Post and the good old letter with a stamp. Who could be bothered steaming the letters open and sealing them after a good read?

Oops, got that one wrong too! 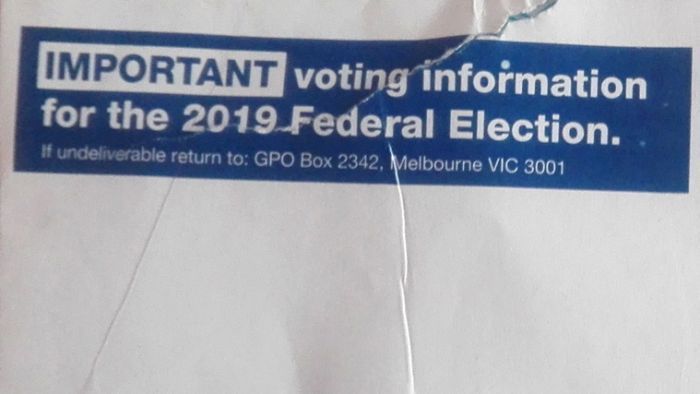 IMPORTANT: Why you might think twice before filling in those postal vote...

Over the next few weeks, you might spot a letter marked IMPORTANT voting information for the 2019 Federal Election that looks official and contains a postal vote application form asking for personal details. So should you fill it in?