No refund on unused dead batteries from Coles

In June 2018, I bought a four pack of Duracell 2032 3 volt batteries from Coles for $12.95. I only needed to use them last month as my previous batch were still going. The first one I used died almost instantly in kitchen scales so I checked the second one with my battery tester and instead of being over 3 volts as expected, it was around 2.5 volts, and fell continually till it was 1.5 volts after a couple of minutes and I stopped testing. The whole batch must have been dead, although the shelf life is 10 years and they have till 2027. I took them back on 27 January 2019 for a replacement pack, but the staff member claimed consumer laws don’t apply to batteries and they have to be returned within three months, which is impossible if we haven’t used them in that time. As the shelf life is 10 years, you would expect them to work six months after purchase.

The batteries were made in Japan, but I assume Coles bought a cheap counterfeit batch to save money.

I’ve submitted the details to the ACCC and will wait to hear back from them. In the meantime, my scales don’t work.

It sounds dodgy claiming the ACL does not apply to batteries but. Google did not connect any dots on that matter so I look forward to an ACCC response.

so I checked the second one with my battery tester and instead of being over 3 volts as expected, it was around 2.5 volts, and fell continually till it was 1.5 volts after a couple of minutes and I stopped testing.

Most testers have a warning that continuously testing a button battery will flatten it. I suspect you actually ‘killed’ it with your tester. Maybe and maybe not. Button batteries are not designed to nor have much capacity. A tester stresses them.

This is incorrect and while the ACL does have exemptioms…there are no battery exemptions. The exemptions are listed on their website…see exemptions to guarantees here… 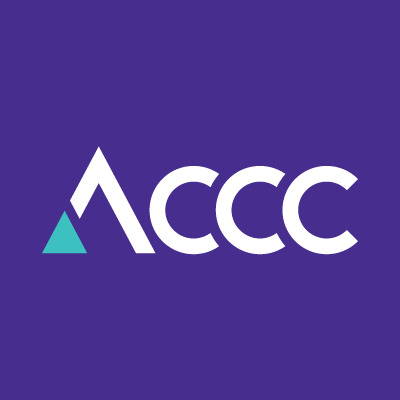 Under the Australian Consumer Law, when you buy products and services they come with automatic guarantees that they will work and do what you asked for. If you buy something that isn't right, you have consumer rights.

I suggest you go back to Coles with a cooy of the above website and state that you are in your rights to either have a refund or to have a replacement under the Australian Consumer Law, as the batteries you purchased are not fit for purpose as they were flat on use.

The only difficulty you may have is being able to prove that the batteries are not used and in fact are unused/new from the packaging…and haven’t been damaged by you (as per the misuse exemption).

Hopefully Coles will give you the benefit of the doubt and trust the information you provide.

Two of the batteries are still in their blister pack. It will be interesting to see what the ACCC says.

It will be interesting to see what the ACCC says.

Depending on your outlook and how much time you have for ‘fun and frivolity’, you might take them to Coles and demand a refund carrying a printout of the ACL in your hand/on screen, and if the Coles person claims batteries are not covered tell them you will accept that when they show you the applicable clause, otherwise you want your refund on the spot.

I checked the second one with my battery tester

A guide to button battery numbering, types and ratings.

At 3v they will be a lithium cell,

Standard discharge current for this type of cell is 200micro amps (0.2ma). There is an assumption the battery tester used has this option or a button cell setting.

Most testers have a warning that continuously testing a button battery will flatten it. I suspect you actually ‘killed’ it with your tester. Maybe and maybe not.

Regular AA, AAA etc batteries are designed to deliver high discharge currents, eg old style torches 250-500ma. More than 1,000 times the rating of the button cell. Typical low cost home battery testers replicate these loads. A starting test voltage of 2.5v is too low for a 3v cell. It may be faulty, or it may be the testing device overloading the cell, as @PhilT has wondered. It’s a suitable caution for others.

Have you considered the possibility there is a fault with the scales? The simple test after getting your Coles refund, might be to buy a different brand battery from a different supplier. And try that if you have not done so already?

There is no fault with the scales as the previous batteries lasted for ages (same brand) and the battery tester has a setting for 3 volt batteries and doesn’t usually drain them. It is just this batch where the volts are dropping constantly and quickly.

As the batteries claimed a shelf life of 10 years I also wonder if this also constitutes a clear admission of a particular quality and therefore sets at least a minimum term of suitability for a purpose when stored in suitable conditions. As they were unused and stated a ten year shelf life then the ACL would I think be interpreted to apply that this was at least the minimum time they should last in an unused state from date of manufacture. If they then fail to properly work as intended in that 10 year period they are not fit for purpose and this would be considered a major fault and a user would then under ACL be entitled at their choice to a refund, replacement or repair. As they are batteries the repair is not a real consideration so replacement or refund are the only options available to the store.

That’s a good point, cheap batteries from ebay or The Reject Shop would only be expected to last a limited time. I’ve bought them before for Halloween decorations where I only expect them to last a few days, but at that price, i’ve just bought a dollar’s worth to last a couple of weeks, but for batteries with a 10 year shelf life, i’d expect them to not be dead for at least 10 years.

Have you tried contacting Duracell when I was a retail manager I always recommended that people contact the manufacturer/importers as while I would gladly replace or refund most manufacturers/importers would not only do the same they would add extra.

I’ll give them a go after I hear back from the ACCC.