NBN speeds below national average - did NBN run out of money when they rolled NBN to our area?

I’ve just sent this to ASKtheEXPERTS, and they suggested I post here too…!

In April 2018 we watched with excitement as our local housing estate had the NBN service rolled out and in October 2018 we signed up (via Telstra) for the NBN 50/10 package, we also signed up to Sam Know’s speed monitoring program run by the ACCC (https://www.accc.gov.au/consumers/internet-landline-services/monitoring-broadband-performance) so we had an independent way to track our speed and usage.

When our service was activated we were surprised to find we could only receive the fibre to the node (FTTN) service, with a maximum speed of 21Mb down / 1mb up (unstable) and 11Mb down / 512kb up (stable), further investigation (after ruling out fault house wiring and our modem) it was identified that our house was 1.9Km away from Node. We also discovered that other houses closer to Node were being provisioned with Fibre to the Curb (FTTC) even though they would still get faster speeds being so close to the node (See the rather useful http://nbnmtm.australiaeast.cloudapp.azure.com/ for details about the levels and types of NBN service available).

We have changed providers several times now (Telstra, Aussie Broadband, Click Internet and soon moving to Superloop), but it is evident that all the RSP’s are happy to advertise that they can provide speeds up to and including 100 Mbps to our address. However each time the service is activated by the new provider we see the same maximum low speed 21Mb down / 1mb up (unstable) and 11Mb down/512kb up (stable) – when I point out that these speeds are below NBN’s advertised service the RSP support shrugs their shoulders and says that they cannot do anything about it…

So my two questions:

Why are RSP’s allowed to advertise speeds that simply cannot be delivered, particularly now that actual speeds are known by NBN?

Is there anything I can do, to resolve this issue about our address not receiving the minimum speed, particularly given this is one of the last areas to get NBN?

Hi @LostWanderer, welcome to the forum.

In relation to yout first question, the ACCC has been investigating claimed retailer service providers (RSPs) for the NBN and has taken enforcement action where such claims can’t be substantiated. The ACCC has also provided information on how RSPs can advertise speeds for potential customers…

When choosing a broadband service on the NBN, you need to know how it will perform during the busy evening period, as well as if there are any limitations that will affect your specific connection.

As speeds can change from location to location for a number of reasons, the ACCC has indicated that RSPs need to advertise what the typical speed is for each speed package being marketed. Individuals may have speeds different (more, less or same) as that advertised as the typical speeds.

Choice has also in the past reviewed NBN performance and services (member content) and they can be found here: 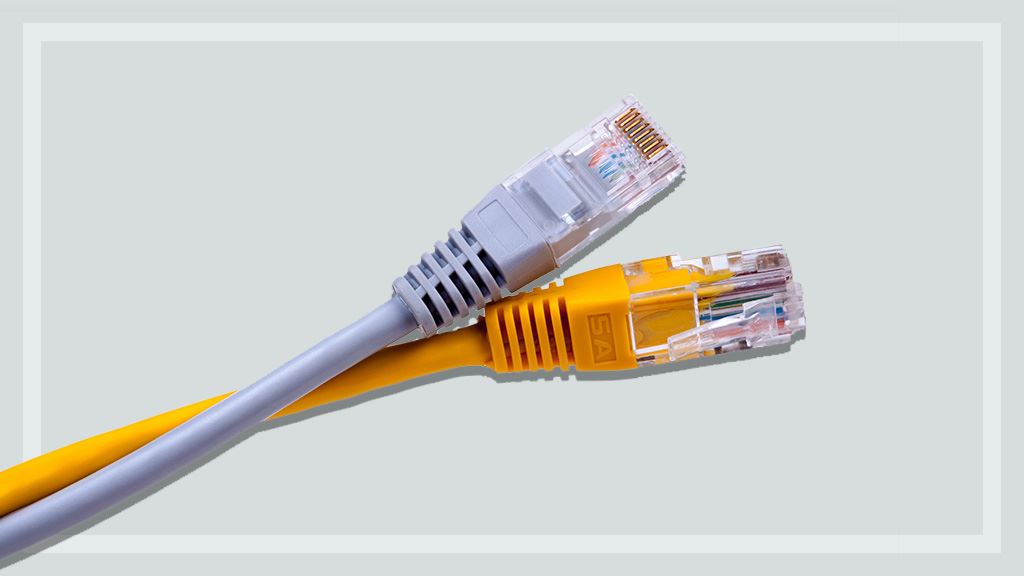 Is there anything I can do, to resolve this issue about our address not receiving the minimum speed, particularly given this is one of the last areas to get NBN?

It’s been a known issue for some time. 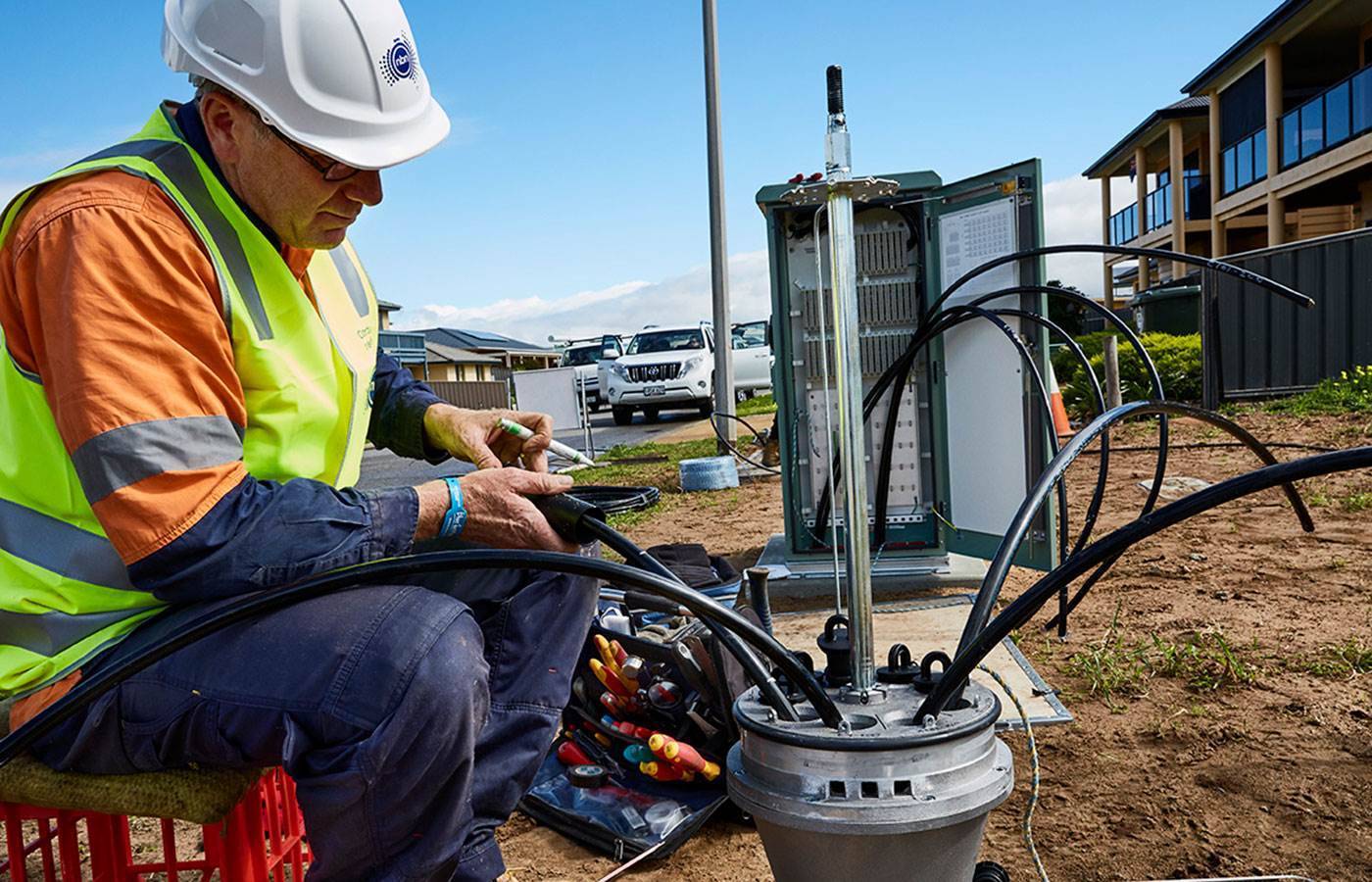 Even after the coexistence period ends.

Note the service requirement relates to hitting a peak speed of 25Mbps. It is not the assured minimum speed. If it was the majority of the NBN Fixed Wireless and Satellite delivered services would also fail to meet the standard.

Perhaps some community members can provide details of the best way to currently lodge a complaint/s with the NBN and your RSP. My only dealings are now more than 12 months old and were specific to installation issues.

P.S.
NBN and Telstra have both continued to install copper for services in new developments. They have been doing so since 2017.

However, NBN Co’s use of copper, instead of fibre, to serve some new developments has been unpopular, and is likely to also be a factor in its greenfields woes.

Developers also have the option to use alternate contractors to install the networking connections. The NBN is also pushing to have this circumstance changed as it complains about the competition.

As rivals keep eating its lunch.

The ACCC is taking Dodo and iPrimus to court for misleading statements about their internet speeds.

Matt spent $11,000 to get an upgraded NBN connection, then his neighbours...

Sick of his internet dropping out, software developer Matt Hall paid to have the NBN to his home upgraded. He didn't realise that he was also paying for his neighbours to get cheap access.

Another bad news story regarding the NBN.

Michelle Sheean is one of nearly half a million low-income Australians who have not signed up to the NBN because it is simply too expensive.

"Joshua Lipovic works in IT infrastructure and DJs part time. He needs hiqh-quality internet for both.

When he contacted NBN Co about upgrading from fibre-to-the-node to fibre-to-the-premises he was asked for $330 just to get a quote.

I thought that the NBN cabling was fibre optic but it must be solid gold with platinum sheathing.

In my experience the response to that is ‘Cut the BS and just tell me why you don’t want to do it.’ OTOH if they wait until a higher income local pays that $10,000 for FTTP they might get it free?

One can’t determine if this is reasonable, cheap or expensive from the information provided. If it was in an urban area, it could require 125m of horizontal boring to avoid damage to driveways, roads, underground and above surface services or protected vegetation/heritage values. $10k could seem cheap.

If it was in a rural area where a trench was installed to bury the fibre to 600mm, it could be reasonable.

If it was running the fibre overhead using existing infrastructure (e.g. power poles), it may be seen as expensive.

Running stories without details only biases the views of readers and is used to push particular agendas or preconceived ideas.

I guess the issue is, NBN seem to be using this as way to improve the overall network, so that other properties are upgraded too… and lets not forget you pay more when you can get faster speeds.

So perhaps this would more balanced if you recieved a credit when other users are ‘connected’ via the fibre you’ve paid for, or you get a discount on the difference in speeds as paid toward the capital expenditure for that part of the network.

The cost of the cable is probably around $5 a metre (retail but is far cheaper in bulk) so $625 dollars, about $20 for connectors, around 3 hours labour (from colleagues who do FO cabling to premises) at around $200 an hour so $600 (to splice, pull and connect). If in an urban area they use the already existing conduit in the street so no need to drill unless if in a concrete pad, however most pads already have existing conduit to the premises so unlikely a cost. The bill for getting it to the premises around $1,300 (around the average cost of NZ FO experience to supply FO to a premises) plus some cost for the NTD at the premises (I don’t know this cost) so perhaps $2,000 as the final total cost.

Clearstream do a complete FO connection to a house for $200 or thereabouts for a premises that signs up to their plans in the areas they support (mostly Urban or semi rural) around the Western areas of Brisbane. This includes their labour, trenching, pulling, splicing and hardware. Everyone in the industry knows NBN prices are over inflated.

That’s correct in some areas, but not all…in our old house in Brisbane, none of the services were in conduit due to the age of installation (a real pain as everytime someone worked on the footpath anywhere in the street, communication cables were often damaged, cut or dug up). I even cut our pit to house cable when gardening as it was about a foot below the surface.

I suggested the NBN use sewers to save local trenching and horizontal drilling, but they didn’t seem keen due to WH&S and also risk of causing blockages by loose cables.

They decided to directional/horizontal drill along the footpath which would have been expensive (10 years ago it was about $120/m for heavy drilling and conjested paths. Expect it would be close to $200/m now.

In newer areas, all services are generally in conduits.

We don’t know the environment of the cable install or what the $10k breakdown is, so deducing it is expensive is impossible.

and lets not forget you pay more when you can get faster speeds.

Only for customers who choose the highest speed plans, where such speeds might be possible. Dollar for dollar, those on Satellite and Fixed Wireless pay the same as those who have access to higher speed services, but receive less speed and lower data quotas.

Part of the higher cost of a high speed NBN service is the additional bandwidth/capacity required higher speeds. CVC costs to the RSP. It does not represent in any way the cost of the line installed to deliver the service at the doorstep of each customer.

Is it fair given those who can have the faster speeds paid exactly the same cost to receive a FTTP connection as the cost to those with FTTN or the lesser Wireless and Satellite NBN? IE nil, zero, nothing!

Is there a cause for complaint?

The official position is all those with access to a service have been treated equally. It’s the access to the service and not the speed that makes us equal apparently. Fortunately residential electricity, reticulated water and sewage does not follow the same rules.

Running stories without details only biases the views of readers and is used to push particular agendas or preconceived ideas.

But it sells papers or subscriptions or clicks.

Something that we tend to forget is that many installations are subsidised and the apparent cost to the consumer is not the real cost so it doesn’t form a useful basis of comparison. This was the case back in the days of laying copper wire so historical memories are not too useful either.

The overseas costings of such installs makes mockery of the FTTP upgrade costs, this includes EU, US, NZ, and what some may term backwater Countries. The reality is that FTTP is cheaper to install and maintain per metre than copper is. To upgrade a 125 metre section at $10,000 has been what NBN Co has always done…inflated the price beyond what others are doing elsewhere. Sub-standard networking is what our current Govt seemed to have aimed for and what we have so obviously received.

many installations are subsidised

Yes this is true most of all $ wise for rural and remote connections, Urban connections are most often far cheaper than the cost applied to the service connection to subsidise the more remote connections. This is social equity whereby those who could be cheaper to connect are made to ensure they pay more to reduce the cost to those who would have to pay a lot more otherwise. As the vast majority of the population of Australia is in Urban or near Urban areas most of the connections are done far more cheaply than the charge held against each connection. All connections in the end are subsidised, I or no one else who receives a standard connection ie not an extra paid for upgrade, is made to pay the real thousands to connect, we all pay a fixed low price, the rest of the cost is out of Taxes most have paid and the (relative to other similar developed Countries) high monthly costs we pay for our service and speed of connection plans. Equity of connection type however has not been so well upheld and I would go so far as to say it has been abused.