I get my internet from TPG, and receive NBN-quality service at a level faster than NBN itself delivers to those who have it. I have however now received a hard-copy snail mail and a recorded phone message telling me that NBN is now about to be connected where I live and that my existing service will be terminated when NBN is connected. Very soon.
I called TPG. They checked and said this NBN advice was nonsense and that nothing would be disconnected.
Has anyone else had an experience like this?

Yes I have similar experiences. I get phone calls saying if I don’t convert from my existing internet service to the NBN my internet will be disconnected in 48 hours. These say they are from the NBN. The number the call is from is nonsense. The recorded voice is female and Oz accent, I have to press 1 to speak to a human. I never bother.

I don’t know if there will be any pre-NBN internet services compulsorily cut once NBN is available but I am certain that these calls I get, and many others, are scams. I already have the NBN.

There are so many variations on the theme wanting to steal your personal details, your credit cards details, to get you to pay money to the (fake) tax office or similar, or to enslave your computer for nefarious purposes by getting you to download dangerous software.

The standard procedure is to always stop and check with a reliable authority any time somebody sends you an email or phone call making any threats or alerting you to some imminent catastrophe. Almost all will be scams. Do not panic and do what they want! These people prey on your fear, they want you to be frightened and to make a quick decision. If you are unsure take your time, the chances are the catastrophe is non-existent.

I also get the same phone call as mentioned by @syncretic . Definitely a bogus call . I have my email address registered with NBN Co and receive updates from them about the connection schedule of fibre optic in my area .

Certainly the NBN service when in place will eventually mean the cessation of your current services. They have a cut off day that once an area is NBN connected, starts it’s countdown. In certain situations mostly HFC there is no countdown and the switch over is immediate.

If you are to receive Fixed Wireless or Satellite you will be able to retain your copper telephone line but you may or may not be able to continue to receive ADSL depending on a number of factors that are not very clear so as to be easily understood by the public.

NBN Co certainly send out advice re the commencement of their service in an area as it is part of the process so that the timer can commence. Many Telco/RSPs also send out letters to all or a lot of the households in these areas trying to attract customers and you may have received one of these.

Thanks. This is what I need to investigate because I’ve spoken to my provider, TPG, and they say that I do not need to do anything as I’m connected through their independent NBN-like service. I guess I’d better speak to NBN again.

If you are on TPG’s own independent service just like Telstra and Optus have (they all have different names) you don’t have to worry as they are what are called “dark fibre” and are not affected by NBN.

While the link I am providing is from their business links it is pretty much the product.

As an update, I have been called again, several times, by people insisting that I am about to be cut off from the Internet for tailing to sign up with NBN through their “technician”. I managed to get one of the callers to tell me that he was calling from the “Network Security Department”. He didn’t seem to know that this was not the name of a company but he did give me his address. It’s obviously a fake - “7 Woodwork Crescent, Wright’s Creek, NSW 6869” (sic). I reported this to TPG who took it seriously and said they had had several other people tell them of similar experiences but this was the first time that an address had been given. I asked them to put a warning on their website. A lot of innocent people could be terrorised by calls like this.
TPG also told me that their members who have a fibre connection will be untroubled by the arrival of NBN itself but there will be problems down the track for non-fibre people when copper is no longer used.

Thanks for sharing the warning @clamb17

In certain situations mostly HFC there is no countdown and the switch over is immediate.

Are you referring here to (in part) customers of Optus cable, where Optus have decided to terminate their existing service within the otherwise expected 18-month switchover period ? At least one CHOICE staffer was told by Optus that there would be no 18-month window - their existing cable service would be terminated within weeks of the nbn becoming available in his area.

That is correct @ScottOKeefe, the switchover occurs for them as the coaxial they are on then only carries the NBN traffic and pay TV service eg Foxtel. I believe Telstra with their Foxtel continue to share the cable for that reason in the network but all other traffic on that Coax is NBN. In these cases they provide a splitter in the house so the Foxtel/Pay TV signal gets to your Set Top Box (STB).

There is no 18 mth switchover for old Cable to HFC, however if you get FTTP laid to a brownfields then you may be able to continue using copper networks up till the copper is cut. Greenfields with FTTP never had copper so no switchover obviously. If you had copper ADSL and HFC is activated in your street you may also continue to use the copper until it is terminated. Some people however have current contracts that they agree that when NBN becomes available they will be switched to it by their RSP (and this is separate to the NBN timer).

Not to be left behind,

The Federal Court has ordered Optus to pay $6.4 million in penalties for falsely telling customers of rival broadband services their home internet would soon be disconnected.

The competition watchdog says the Singtel-owned firm emailed 138,988 of its mobile phone customers in May 2018, telling them their existing broadband services would be disconnected “very soon” and encouraging them to switch to Optus NBN. 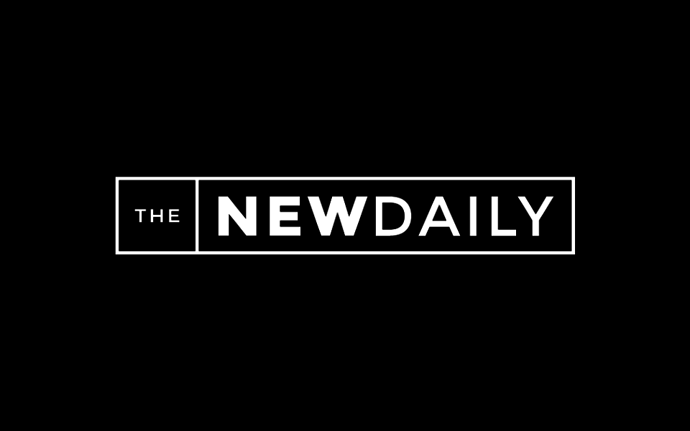 Optus fined $6.4 million for telling 138,988 of its mobile customers that their home internet was being disconnected and they should switch to Optus.

$6.4 million. It could not have happened to a nicer bunch of lying, theiving grubs.

These sort of scams are Optus’ modus operandi which they have been doing for decades.

Despite having free-loaded off Telstra’s AMPS analogue network when they commenced in 1992, Optus still saw fit to falsely claim in 1997 that the analogue network in regional areas was about to shut down, despite it not being scheduled to do so in FNQ for another 12 months, in an attempt to scam users to change over to their third-rate GSM network.

The ACCC obtained an undertaking from Optus regarding their false and misleading conduct but failed to take any court action.

Perhaps some hefty fines in the early days may have limited the extent of Optus’ ongoing dishonest behaviour.

I tried to find the article on the ACCC website but the plethora of hundreds of pages of article regarding Optus made the exercise like looking for a needle in a haystack.

I suspect that the latest fine will not have nuch effect as they most likely will simply cheat their customers, dealer and franchisees more so as to recoup it.