Mercola: Give up soda 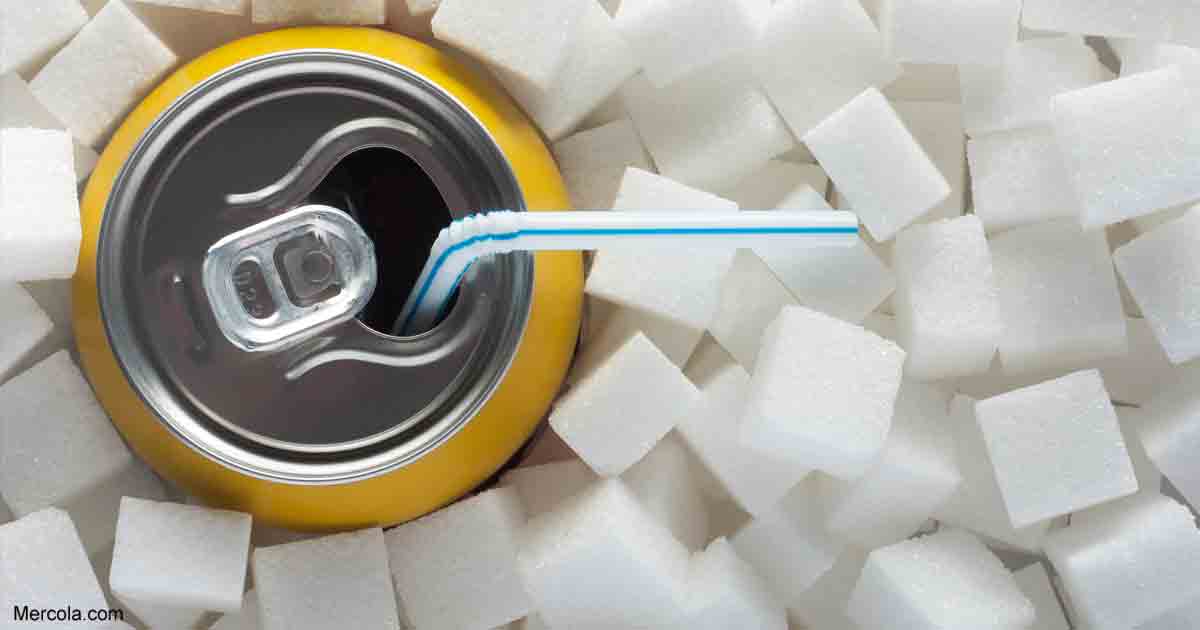 Giving up soda is one of the most fundamental steps you can take to improve your health; research suggests sugary beverages are to blame for about 183,000 deaths worldwide each year.

In relation to Dr Joseph Mercola, this website should be read in conjunction with any claims he makes.

The US FDA warnings, about the claims Dr Mercola makes, are enlightening.

There is significant information from a wide range of credible sources (government, health/medical associations, universities, other research organisations) which outline the health risks associated with consuming a high sugar diet. I would suggest that information from these other sources would be more reliable than that from a discredited (by the US FDA) ‘doctor’s’ website.

There is also numerous websites, including this one, which discredits the information which Dr Mercola presents in various media formats.

Although the messenger may be discredited by some I think the message is sound.
Avoiding sodas and sweetened beverages is a good life choice

Although the messenger may be discredited by some I think the message is sound.
Avoiding sodas and sweetened beverages is a good life choice

Probably true but the good Dr then has a go at artificial sweeteners as well so he can say all sodas are bad not just the ones full of sugar. Just part of the industry that chips off bits of lives and tries to make a quid from each little chunk instead of the broader message of balance.

I think the message is sound

I agree about avoiding sweetened drinks.

In relation to the messenger, the vax debate springs to mind. So many people were sucked in to wrong thinking by a discredited doctor.

Unfortunately, the more people that went to the sites that contained the discredited doctors claims, the higher the sites got in Google etc. These high rankings brought them up earlier and earlier as people searched for information on vaccines. The volume of the sites and the high rankings validated the contents for many as the hysteria grew because they didn’t see or look for the sites where the valid information was…

This is why discredited research or researchers should be avoided, and only valid source material accessed.

I think you will be on a quixotic campaign to worry about who delivers the message on the internet, as the internet gives every idiot a voice and opportunity to share their opinion.
The internet’s ability to let the truely uninformed have a say, gave the US a tanned ompah-lompa as the president.

My personal method is to rely on my instincts , but I won’t ‘throw the baby out with the bath water’ when it comes to avoiding sweetened drinks.

There are a lot of gullible people in this world. the Choice Community welcomes them as they may learn something that is of more value than junk American web sites. The current artificial sweeteners are considered safe alternative to sugar

I agree with you the internet has given voice to everyone who can access an internet connection. And some of them are idiots as you say. In fact some take the trump card for being idiots! I would suggest that the majority of them rather than being idiots are uninformed, and we should make every effort to inform them of critical thinking and the scientific method so they can learn how to sift the wheat from the chaff so to speak.

I also think that it should be a matter of principle not to promote the ideas promulgated by discredited or non–independent scientists/doctors etc. as it taints all the other valid, independent, reliable, and scientific research done.

I’m sure your instincts are fine, especially to do with avoiding sweetened drinks. I am just saying that when it comes to scientific proof as to the claimed health problems caused by sweetened drinks point to valid science not bogus science. Is sugar bad for your health? And what are the alternatives? We look at natural and artificial sweeteners such as stevia, aspartame and saccharin.

Mercola is a quack. The fact that he sometimes stumbles upon reality does not change this fact. In relation to the messenger, the vax debate springs to mind. So many people were sucked in to wrong thinking by a discredited doctor.

Mercola’s an anti-vaxxer. Of course.

“Probably true but the good Dr then has a go at artificial sweeteners as well so he can say all sodas are bad not just the ones full of sugar.”

I must remember to be strictly literal in future. No more irony, bad, bad, bad.

We already have enough iron in our diet - we don’t want it to be more irony.

we don’t want it to be more irony.

I never iron anything … I’ve become a lover of creases …

I’ve become a lover of creases

Does this love correlate with a crease increase? I would find that ironic.

Did you feel that ironing bored you?

An article regarding how advertising created a global junk food generation. 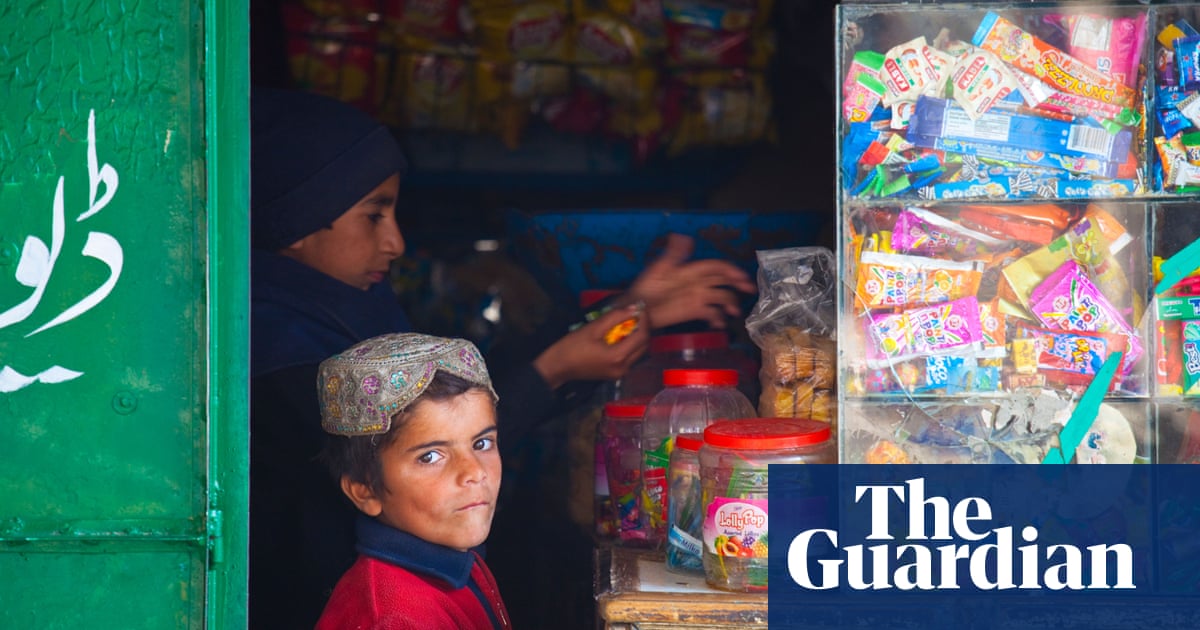 I found this extract to be absolutely disgusting.

“The prevalence of poor dental health is increasing alongside rises in consumption of sugar, including in sugary drinks,” adds Hawkes. “The sugary drinks industry is spending vast amounts of money advertising to populations in low- and middle-income countries. Coca-Cola plans to spend $12bn on marketing in Africa by 2020.”

“The prevalence of poor dental health is increasing alongside rises in consumption of sugar, including in sugary drinks…”

Dental hygiene is relatively modern. While Tutankhamun had relatively healthy teeth (he died young), a fairly large proportion of ancient bodies had terrible mouths - something I gather was associated with the way flour was ground leaving bits of stone in your bread.

I understand from a recent podcast that in order to enlist in the US Army for WW I applicants were required to have at least six intact teeth - it was considered that anything less would render the individual unable to cope with army rations, and this requirement prevented a large number of hopefuls from joining the ranks. Unfortunately, this history of dentistry in the US Army (PDF) does not appear to include this - but does identify that soldiers had a lot of problems with their teeth. The Australian Army similarly had problems with dental hygiene and ‘trench mouth’.

On both sides of my family, my grandparents all had complete false teeth. These were actually wedding gifts, as the cost of maintaining one’s own teeth in the early twentieth century were often prohibitive. Instead, people would have their teeth pulled and replaced with falsies - as my grandparents did.

The introduction of (non-naturally-occurring) fluoridation in water is a mid-20th century phenomenon, and is still considered controversial by some.

We have had half a century of relatively good dental health, that is now being offset by poor diet.

Edit: I still have a problem with dentistry being separate to the rest of the medical profession.