Have you ever experienced difficulty shopping or finding suitable products due to your mental health?

After my recent experiences shopping around for various insurance, I’ve noticed mental health is constantly treated like it’s not a legitimate medical issue. So I’d like to hear everyone’s thoughts on the topic. I will update this list as people discuss below.

My big ones I’ve encountered are Health and Travel insurance.

Health insurance is a serious pain with the new Basic/Bronze/Silver/Gold tiers. Psychology is ONLY included in the Gold tier, which also includes things like joint replacements, pregnancy cover, and arthritis treatment. So as a young, physically fit male with a mental health need, if I want insurance I have no choice but to pay for all those too. There absolutely should be a mandate for insurers to offer mental health cover as an add on to any policy.

I’ve noticed even worse treatment in travel insurance. Multiple policies I looked through included blanket exclusions for ANY mental health issues that necessitated a claim. These weren’t made clear up front either. They were right at the bottom of the PDS in each policy I looked at. Luckily I was eventually able to find one that didn’t exclude it.

Edit: So after submitting the application for the travel insurance I intended on purchasing, I was informed ‘Cover has been DENIED for any claims caused or exacerbated by, or consequential upon [the mental health condition I specified], as defined by the policy.’ So STILL no mental health cover

Edit 2: One of the other insurers offered me extra cover for an additional fee even though it was excluded in the PDS. So I’m now covered

I don’t think it is not considered a legitimate health issue, otherwise those conditions covered by higher level extra covers would fit into the same basket.

The problem possibly is that the health insurance industry tries to simplify cover by bundling extras together…as you have found.

The alternative solution would be to have fully customised cover whereby one could opt in to various extras (say similar to contents or car insurance where individual items of specific value can be included int he cover, as well as specific type of cover for specific household items). The challenge with this would be that it would be very time consuming for one to compare policies with some extras opted in with others not taken up. Also, some health insurers may not be willing to separate some covers which are similar but may not be relevant to one specific condition…otherwise one may have scores of choices of extras which one needs to chose when taking out cover. Insurers may also place a higher premium on those which specifically select cover for pre-existing conditions or may refuse cover for such conditions like the travel industry as it could be seen the customer is trying to take advantage of the existing cost spread across all other policies.

I also expect that if a customised cover was taken out, this would also lead to later confusion by the policy holder to what has been covered, what they thought was covered but isn’t and what isn’t covered. Such would give rise to complaints and/or greater government intervention which may lead the industry back to a bundled approach like there is at the moment.

A question though, did you ask your health insurer whether it was possible to say take out a basic level of cover with psychology included as a single extra? It would be interesting to know if they allow such flexibility or only take the bundled approach.

The other point is a bundled approach will not suit everyone as everyone has individual needs. So anyone with an existing or unknown future health condition would be in the same boat where cover is not included in the lowest level extras cover.

In relation to travel insurance, the costs for treatment overseas can be horrendous and if there is the likelihood of the requirement for a pre-existing condition when travelling, this means that the insurer burdens all the risk. While it would be nice that all travel insurance was the same for every traveller and everything was covered, if this was the case, we possibly would all be paying much higher premiums for such cover. As you have found, some travel insurers will cover pre-existing conditions, but such cover comes at a price to the individual policy holder.

My main problem is how it’s treated in both cases.

In the case of health insurance, it’s that bundling Psychiatric cover in only the top bundle makes no logical sense. If you need a joint replacement, it’s likely you could need arthritis cover too. If you need pregnancy cover, you may need cover for female specific operations. But mental health has nothing to do with any of them. I can’t make use of anything else in those top bundles. It’s been put there because it’s simply ‘too hard’ to address, which as a consumer I don’t believe is good enough.

In the case of travel insurance I have no issue with a higher premium for mental health cover, that makes sense. The issue I had is that every insurer I investigated either denied me cover or specified mental health was not covered whatsoever in the PDS. Other pre existing medical conditions weren’t treated in this way from what I could see. They simply attracted higher premiums. It seems most insurers simply treated mental health issues as not a legitimate grounds to claim.

Other pre existing medical conditions weren’t treated in this way from what I could see.

Oh yes they are!

Years ago I applied to quite a few insurers and was precluded from getting international travel insurance for a journey of several weeks because I had a specific uncommon form of cancer many years before. No explanation given as to why, or how long I had to wait before I could get insurance. I was never able to get cover.

I had the opposite experience. i applied for a further education course that asked my medical history and i had to hardly defend my ability to attend during a phone interview in which they basically tried to talk me out of attending by telling me how demanding it was to proceed

So did they believe you couldn’t do it because of your mental health? Or was it more they were trying to figure out the best way to proceed?

Correct, they thought I was too fragile to participate and I had to prove that I was fit to attend. I would have understood if it was for policing or the defence force, but it was a yoga course

That’s a pretty bad one. I wouldn’t think there’s any reasonable way mental health could stop you doing yoga. Especially weird since so many people insist yoga is good for people with mental health issues! 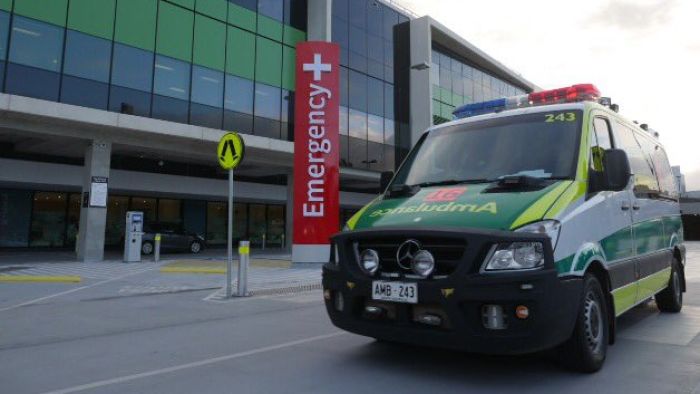 SA's peak doctors' union says it has taken its most drastic action ever by referring the state's health department to the Australian Human Rights Commission over cruel treatment of mental health patients.

‘Mental health patients can often wait up to five days to be seen in the state’s emergency departments (EDs), according to the South Australian Salaried Medical Officers Association.’

Can anyone imagine a situation where governments and service providers would be content with a 5 day wait for a physical injury? Well when it’s mental health they can get away with it, even though mental health emergencies can be incredibly severe.

Here’s some useful information from Beyond Blue on their campaign to stop insurers discriminating against people with mental health conditions.

I see that the Big Five private health insurers have not taken the opportunity of letting people stay on the family policy until age 31. This was supposed to make things better for health insurers.

What are the odds that this is because the most prevalent health issue for younger adults is mental health? Pretty high, I suspect. Discrimination against people with mental health issues is practically a tenet of this industry.

What makes this worse is that the public mental health system is deeply underfunded.

What makes this worse is that the public mental health system is deeply underfunded.

As someone who worked in community mental health, i agree with all that. Plus the government wants GPs to somehow find the time to fill the gap. And they cant