With this new merger between Nine and Fairfax, are we supposed to believe it’s a good thing?
I have to question the fact that this government has changed these rules without any real consultation and it’s very hard not to get a little bit suspicious when the previous Australian Treasurer is the Chairman of Nine.

Although I believe in the right for ex politicians to work in industries they may know something about, sometimes it just feels like they’re waving their private parts in our faces and having a good laugh.

Correct me if I’m wrong but I understand politicians continue to receive money from the Govt. after finishing their tenure. If they are then getting paid in the private sector to effectively lobby for the company they work for AND getting paid by the tax payer… is that not a conflict of interest?

sometimes it just feels like they’re waving their private parts in our faces and having a good laugh.

What is this ‘sometimes’ word?

If they are then getting paid in the private sector to effectively lobby for the company they work for AND getting paid by the tax payer… is that not a conflict of interest?

The way they see it (obviously myopic) is that even we seniors can collect pensions/super and work as lobbyists promoting companies we once worked for. Summary: The rank and file has the same opportunity, just not the same connections / introductions, so that must make it right, surely it must.

Unfortunately the only ones who could right such wrongs as related to the public purses are those who receive the most benefit, or those looking forward to their own time at the troughs.

What is this ‘sometimes’ word?

Unfortunately the only ones who could right such wrongs as related to the public purses are those who receive the most benefit, or those looking forward to their own time at the troughs.

I think you may have nailed it there.

I think you may have nailed it there.

Fairfax (newspaper) has been in in a little trouble for a number of years now…and it could be said that it has been subsidised by its eelctronic platform Domain.

Standing back, the company may have jetisoned the newspaper to forcus on the profitiable electronic platforms. I suspect that this was on the cards as the recent company restructure could allow this to happen less painfully.

Now, if the newspaper was jetisoned, one could assume that it would have a limited future life. If the Fairfax newspaper folded, then the only real newspaper company would be Newscorp. All hard print news would be seen through potentially one set of eyes.

Now, if the Nine/Fairfax company leads to the long term success of Fairfax, and there is a higher chance that it will exist in the long term, I personally think this is in Australia’s interests.

At least this may result in two main print media camps with hopefully two alternative views…rather than the alternative being one which is becoming more of an American company.

It may not be seen as the best solution, but it may be the only solution,

At least this may result in two main print media camps with hopefully two alternative views…rather than the alternative being one which is becoming more of an American company.

Labour or Liberal, Coke or Pepsi, Black or White…
I think we need more than just two possibly alternative view points… I can’t see this as anything to celebrate. Media ownership laws were put in place so as to protect our local, regional and national view points. When the majority of Australia’s media is owned and operated by just a couple of corporations the obvious winners are those corporations and shareholders, not the “everyday” Australian people.

Don’t disagree, but two (present situation) is still better than one.

Agree that two is better than one! Except?

Considering that two is just one step removed from one.
Also applies to a two party political system as much as newspaper organisations.

Then three is probably better than two!

Remember how much better watching a program with three colours was in place of two (black and white). For the wiser amongst us evident more as shades of grey to the point that every thing sort of looked the same.

Is the bigger concern not the changing future of Fairfax, but the increasing influence of Boggle, ID-book, etc over accessible content?

9 out of 10 people simply go to Google or Bing ignoring all else on the web. Need to go to MyGov we type “mygov” into the google search bar. So not necessary to share this with Google and all those cookies.

As a commentator on the demise of Dick Smith Foods pointed out. The average Aussie consumer buys on price, despite what they might share as a preference for Aussie made. Same for news content - free will win over paid content, although most of us will say we value most independent local journalism.

Interestingly the two broadcasters who have made the most of the digital revolution are SBS and the ABC. No doubt soon to be a fresh target for competing unfairly against commercial enterprise streaming services.

two is just one step removed from one

That step seems to be getting smaller. This story is running in both Nine and former Fairfax media. The implication of the headline is obvious. Careful reading of the little factual information in the piece tells a different story. 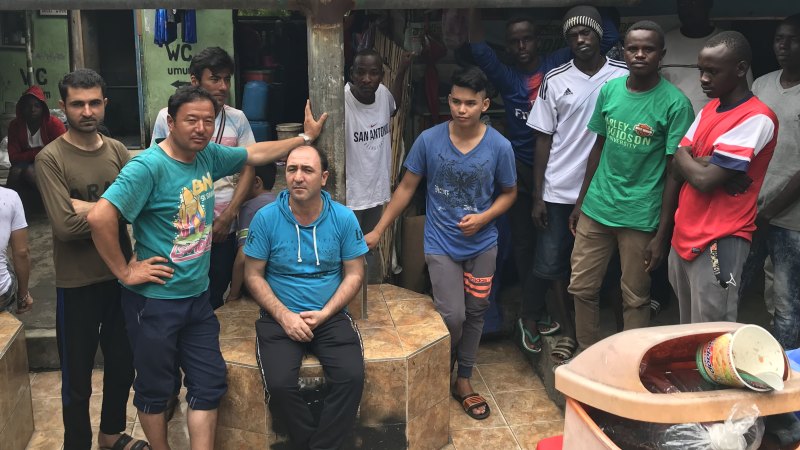 Bill Shorten says his government would erect a "ring of steel" around Australia, but the people smugglers are preparing to recommence their trade.

If one looks at many recent headlines they seem to be subtly or overtly tainting the ALP and supporting coalition policies, at least if one does not read the underlying articles, and many do not.

Seems our press continues its way as effectively being lobbyists but by another name. 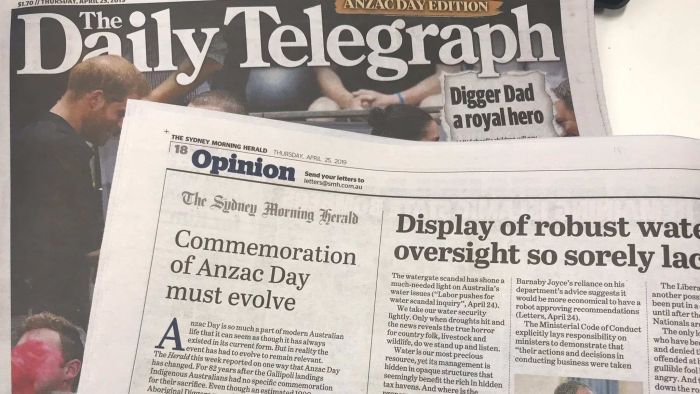 Newspaper readers are surprised to find some pages from the Sydney Morning Herald's editorial section in today's Daily Telegraph.

It’s hardly a surprise - ‘legitimate media’ is defined as those who don’t upset the apple-cart too much (bonus points for those who are complicit in political campaigns) and as apple-carts go, the government in the NT is desperately trying to balance one of the most unsteady apple-carts in the country …

Interesting developments in that most crucial of political hot spots (not) - the NT - where the whole population is just a smidgen over a decent rock concert attendance figure, though probably louder on average.

A job opportunity for someone?

The NT Independent, the media outlet that has the Chief Minister running from its questions, is looking for a journalist to don a fake moustache and accent to attend press conferences for us before they themselves are banned and become the target of...

I wonder how many political careers will be saved by the convenient and unanticipated smokescreen of COVID-19. Or otherwise …