Whilst browsing the MSN website today and opening links which appeared interesting, I found one which claimed my McAfee Anti-virus subscription expired yesterday…

Most unusual as I have never used McAfee and for more than a decade, I have only used Windows Defender.

As I fully expected, Googling McAfee Scam brought up a number of results including the one below which contains the same image I received today.

It appears that the scum are aiming to obtain users credit crd details when they follow the renewal link.

Presumably it is being done with other anti-virus companies and many other businesses.

I have also had attempted malware attacks 4 times in the last couple of weeks via the MSN website which created a very loud continous tone accompanied by a message that Windows Firewall has detected that Windows 10 has been damaged, but simply closing the browser window (MS Edge 11) takes care of it.

I got that one too!

Bast**ds - thank you for the warning!
Cheers Natalie

Wow. I just got another reminder advising that my McAfee Anti-virus has expired today.

Presumably they must have simply got the expiry date mixed up on their previous advice.

I had another one yesterday.

I don’t know if they have their dates mixed up or my name wrong.

It is Billy, not Silly.

Opening the article again results in the legitimate article being displayed.

And again just now for the second time this week.

If I really had a McAfee subscription, I would be wanting a refund as it constantly expires and wants me to renew it.

And yet you keep going back for more!

I like to keep an open mind instead of dismissing sites like MSN Australia outright as I see many interesting articles which I don’t see on the other sites I visit daily.

The scam ads and pop-up scams do not affect me but provide me with an opportuniny to make potential victims aware of them as well as getting them shut down on the websites they appear on.

The disgraceful Andrew Forrest, Hugh Jackman, Nicole Kidman, Jeff Bezos, Mel Gibson Bitcoin Scam now appears to be dead in the water, no thanks to the useless ACCC.

I recently insatlled Adobe updates on both our PC and laptop but I missed unticking the MccAffee "free anti-virus trial’ for the laptop so it installed itself.

I have finally managed to remove it today using the McAffee MCPR Removal Tool after all other efforts proved futile.

The AV was not shown in the list of installed programs, did not appear under Program Files in C Drive, and did not appear in the Registry, at least in any recognisable form.

Every time an email arrived, a nag screen would appear, and it even claimed that there were 5 viruses detected. Yeah right. And I have this bridge for sale.

Who needs this rubbish when Windows Defender is free and does a great job.

Also why carefully reading the install information and un-ticking unneeded boxes is an important part of the process, it can help avoid a lot of unwanted “pain”. Missing it as happened to you can lead to hours of frustration.

If you are not familiar with the Revo uninstaller, even the free version may prove useful if you miss unticking a box again.

I have noticed Gumtree has taken up this annoying practice when posting on their site…but its tick boxes are about signing up to what is essentially spam/advertising.

Sadly for all their purchased options they are now subscriber plans and not “lifetime” ownership. Free is still lifetime but will it last long that way??

I recently insatlled Adobe updates on both our PC and laptop but I missed unticking the MccAffee "free anti-virus trial’ for the laptop so it installed itself.

It now appears that I did not accidentally install any anti-virus but the laptop somehow was infected with the “Bestdealfor32.life” scam.

I managed to grab some screenshots today which revealed the name of the scam. 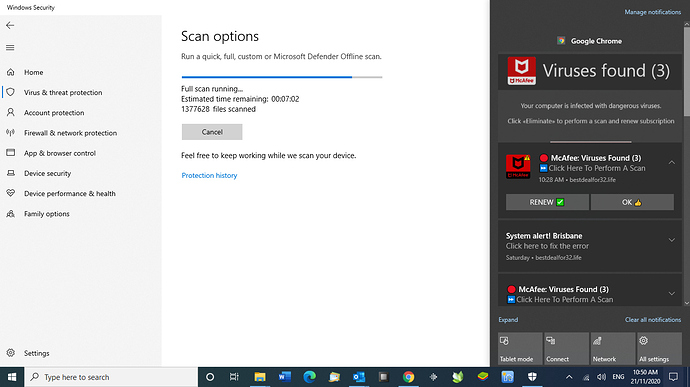 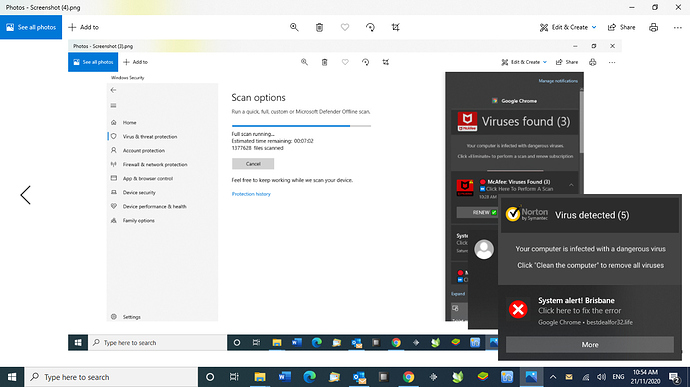 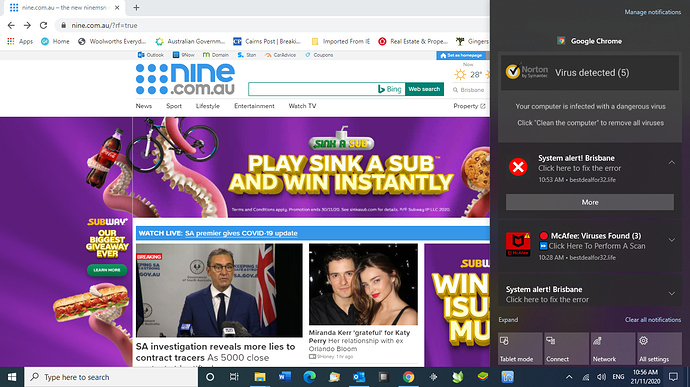 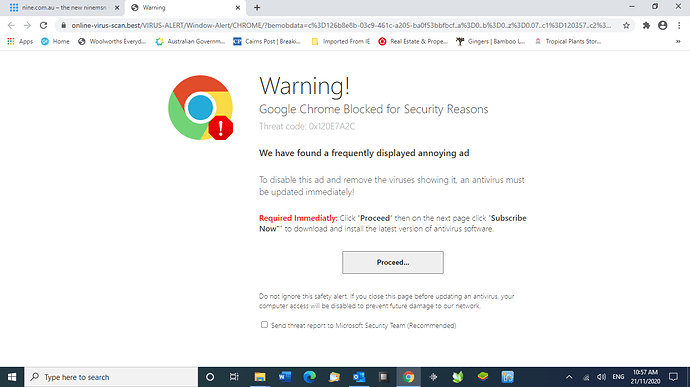 This guide teaches you how to remove Bestdealfor32.life browser hijacker for free by following easy step-by-step instructions.

The recommended Malwarebytes did not find anything so I then followed “STEP 3: Remove Bestdealfor32.life pop-up ads from your browser.”

I just loved how these bottom-feeding grubs managed to create simultaneous McAffee and Norton alerts with McAffee showing 3 viruses and Norton showing 5 viruses, followed by a fake Chrome warning.

These grubs and their fake viruses are even more disgusting then the coronavirus.

The only thing they received from me was a middle finger.

Where did you install the updates from. Direct from Adobe or a second party installer who offers a free installation.

I generally find installs directly from the software developer clean, but those from second parties dirty (loaded with bloatware option to install at the same time).

Where did you install the updates from

I didn’t install any updates and I don’t have either McAffee or Norton, only Windows Defender.

I downloaded and ran Malwarebytes which found nothing and I then followed the recommendation to reset Chrome to default.

I didn’t install any updates

It could have come through from the Adobe install you did or software you recently installed…such as Malwarebytes. Was installed software from the developer’s website or another offering the ‘same’ installation?

The Adobe update was via a pop up message from Adobe which I received on our PC and our laptop.

pop up message from Adobe

Was it from Adobe…did you click and install through the popup or go separately to the Adobe website…or open Adobe and click on check for updates.

It is possible the notification was not from Adobe but a website popup…and this is where the adware/malware came from.

It was the same as all the Adobe update messages I have received for decades and was definitely from Adobe.

I know I unticked a trial box for our PC but I don’t believe I did for our laptop.

unticked a trial box for our PC

Our last and recent and update for Adobe Reader didn’t have any trial options…it sounds like you possibly originally installed Adobe from a second oarty which is setup to point back to the second party website and could be riddled with adware etc.