Would you believe that: 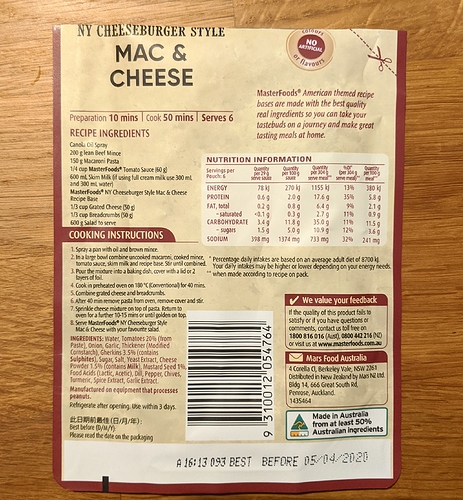 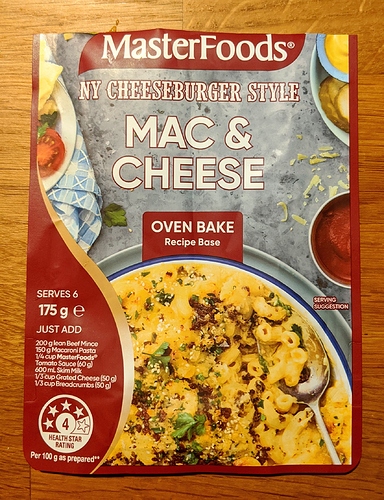 The packet makes 1.2kg of mac & cheese and the recipe makes the “meal” with a further 600g of salad.
Therefore, if the recipe is followed, there is 1.8Kg of “meal” in total. They then show the Daily Intake % figures for fats and protein etc as a percentage of a 304g “meal”. That “meal” percentages are misleading & is a third off of the mark, as the salad accounts for 33.3% of that ‘meal’.

Imagine if I made a cheese pizza which would have scored 2 stars, then included in the preparation notes to serve it with a 2Kg salad; I’d have a “4 health star meal” then - but would that be fair to call the pizza healthy?

Parents are in stores making health conscious decisions for their family; this behaviour from MasterFoods blurs the lines between what’s healthy and what’s not, therefore putting the health of families & children at risk.

This isn’t acceptable behaviour from MasterFoods.

2 posts were merged into an existing topic: Health star ratings

Welcome to the forum @snap-dentist. A well presented post that I am moving it to this older topic that has related concerns about how companies are gaming the health star system. Cheers,