The wife sent me into Best and Less earlier to get her a few pairs of socks and while was waiting at the checkout there was a large cardboard cutout just off to the side promoting “loans” from $500 to $5000 and a pile of applications adhered to the cutout. I had never heard of this mob before btw.
I didn’t think there was much left in the barrels bottom to scrape but somehow this lender has found a way to get that bit extra.

I don’t suppose you recall the name of the lender @ozcatfish_agogo?

Sorry, I don’t but it was someone I’ve never heard of before…well one that I’ve never seen advertising on tv. I’ll pop in tomorrow and see if it’s still there.

No worries @ozcatfish_agogo, thanks for highlighting it here 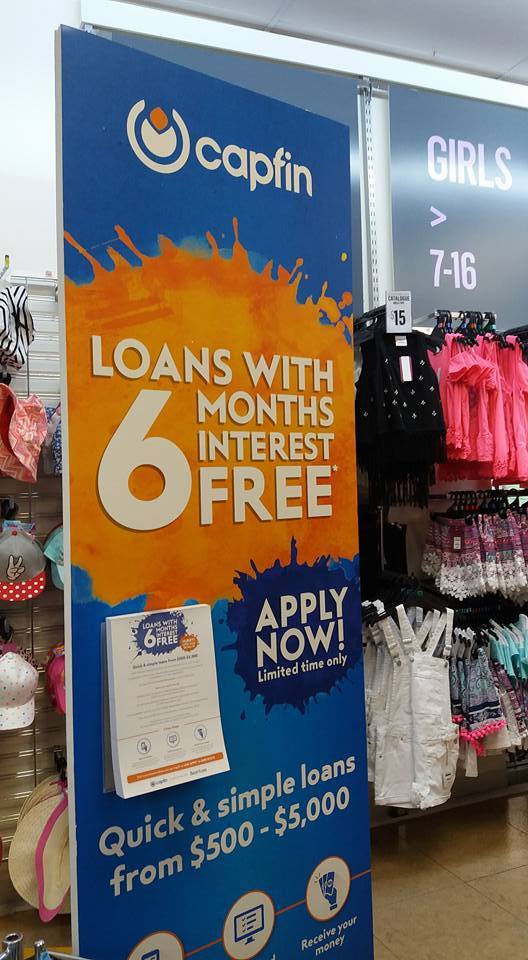 Excellent effort, thanks @ozcatfish_agogo, I have circulated it with the investigations team.

@ozcatfish_agogo, we recently completed our investigation into your report and here is the resulting article on promoting payday lending from Best & Less stores. We found that Best & Less take a cut from signing people to these loans, which charge an annual interest rate of 48% plus an establishment fee of up to $400.

Thanks again for highlighting the issue. 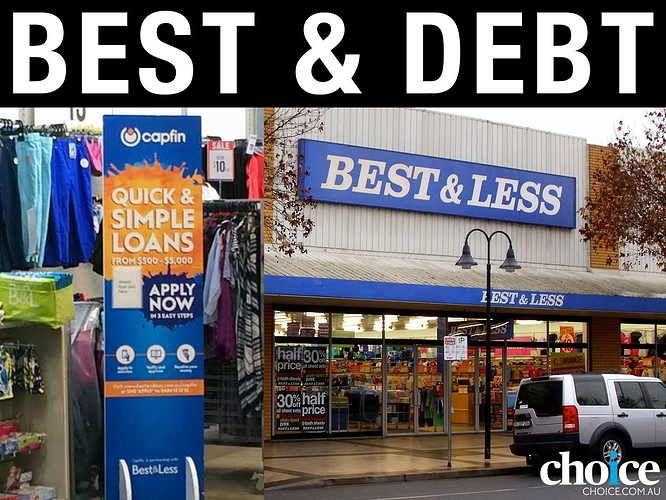