Lack of manufacturing country on medicines 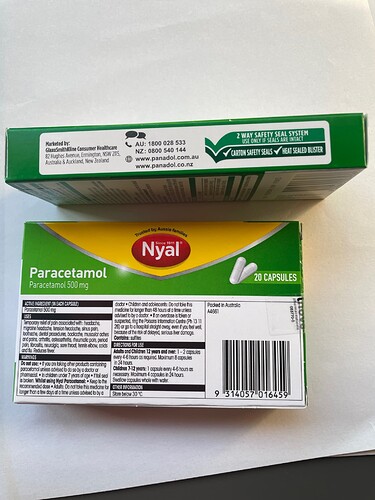 See image of packaging where they only state either the marketing or packed in
Australia.

Isn’t it a requirement by law to state where it is made or sourced? Our food has better labeling.

Isn’t it a requirement by law to state where it is made or sourced?

Unfortunately only for food…

Consumers may be influenced by a number of factors when buying goods, including claims about where a product was grown, produced or made. If you choose to make a country of origin representation, or are legally required to do so, it must be clear,...

All other products it is voluntary, but if it is included, the information can’t be misleading (must be accurate) otherwise they would breach labelling requirements.

I believe that most consumer products should have labelling indicating its origin. I can understand that some products it may be hard to do (such as complex products of many parts which may have multiple origins).

The TGA tracks pharmaceuticals via the sponsor, ie the company shown on the label that received approval from the TGA for import and sale. As a listed and regulated product set the sponsor appears to have some freedom to import from whatever country or manufacturer plant they wish so long as they do not contravene the sponsorship filing. Australian manufactured product is rare; most multinational drug companies have sales and marketing locally, a few a modest research presence, almost none manufacture much if anything locally.

According to a Wikipedia entry these are the 15 countries that exported the highest dollar value worth of drugs and medicines during 2020.

If one includes medical products (eg masks, et al) China reportedly has about 20% of the global export market in 2022.

It is opaque how to specify meaningful origin/manufacture because as with many products the raw or precursor materials needed in say the USA or Israel or India, etc, might come from China or India or the USA for example, or somewhere else. 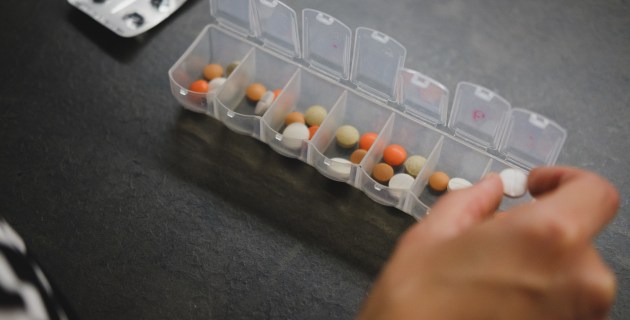 Does Australia have a medicine supply problem? - Australian Defence Magazine

A new report from the Institute for Integrated Economics Research has highlighted the strategic vulnerability of Australia’s supply of medicines.

I believe that most consumer products should have labelling indicating its origin.

Yes. Country of Origin and ingredients, for a wider range of products than is currently mandated.

All other products it is voluntary, but if it is included, the information can’t be misleading (must be accurate) otherwise they would breach labelling requirements.

Seems like their is an opening for a barcode scanner app that searches database for this kind of information for ease of use at point of purchase until the slow wheels of law catch up?

Many years ago, after pharmacists were unable to tell me the country of manufacture of several meds, both otc and PBS, I wrote to the TGA and was told this information was “commercial in confidence” (!)

That was before the 1st Rudd Govt and that Govt did something to improve matters, although I can’t remember exactly what. Just that it was not exactly on point, something to do with challenging bureaucratic responses.

I gave up and decided that all I could do was reject generic meds and stick to branded ones - on the theory that big pharmas were probably safer and also a known (and well- resourced) defendant in a worst case scenario.

As far as I know, and your post confirms, country of manufacture is still for the most part shrouded in mystery. Why? It seems to me to be at least as important to know where your meds are made as where your food comes from.

It is and possibly the TGA doesn’t know for each batch produced. Many multinational pharmaceutical companies have plants in a number of countries around the world and it is possible each batch comes from different countries (different plants), with raw ingredients from the same or different origin. This could be the reason why they chose not to put country of origin as the country of origin can change quickly, along with the source of raw ingredients.

While pharmaceutical quality may be the the same irrespective of the country of origin, consumers might have different views on what pharmaceuticals from a particular country means, including from a developed or developing countries.

Not all the generic makers are related to majors, but some are through acquisitions and mergers or developed as business strategy. Are you aware Sandoz, one of the most prominent generic brands in Australia is a division of Novartis? In the USA Pfizer sells generics via its Greenstone subsidiary.

Why? Generics have become more widely accepted year after year and the majors have embraced them to maintain or grow their own revenues.

Scepticism about generics continues, and there seem to be isolated cases where slight manufacturing differences between branded and generic medicines affect an individual but under doctor supervision that is identified and the chemist is directed to only dispense the branded product.

I have exclusively been using generics for about 40 years with no apparent negative affect. My partner had qualms about a generic a few years back so got the name brand for the refills with no changes from the generic. Some reactions to generics could be similar to a placebo affect where the suspicion causes the symptom rather than the generic medicine. Yet if one is concerned it is best to be safe and query the doctor and chemist.

For me, scepticism about generics comes in two parts.

I am also concerned about contents other than the active ingredient. It seems to me (unscientifically) that the packaging is less likely to get updated to reflect any such changes if the product is generic.

I am fine buying generic computer peripherals and the like. If it doesn’t work or dies, you return it / chuck it. I am not so chill about what medicines go into my body.

No manufacturer is prepared to put their name and reputation to

Are you aware the brand names on generics are as much those of the manufacturer as are any other branded medicines? eg Sandoz and so on.

It can be a perfectly fine product 19 times in a row but, since it could have come from any manufacturer in any country, that is irrelevant to whether it is fine the 20th time.

The same would be true for any branded or generic (regardless of how branded) medicine. It is how each does QA, and the evidence indicates all the reputable manufactures have very high QA standards in all of their plants.

Click on the plus or minus icon next to the question to toggle the answer on or off or [Open all | Close all].

and perhaps easier on the eyes, the US FDA

I am not so chill about what medicines go into my body.

Some concerns have merit and others perhaps not so much, at least on the ‘evidence’ as posted.

Do you refuse to eat no-names cornflakes because they don’t declare themselves? Why assume failure to identify the source automatically means lesser quality?

It would be interesting to find out how many generic drugs are made by big name companies, or a division of it, but the company takes care not to damage the cash cow of the named brands of their equivalents. When you look at examples like paracetamol and compare the price of named and unnamed versions it is clear there is something in a name and that in some cases they don’t smell as sweet - at least to the bean counters.