The Independent Living Centres (ILC) do have new/different names in different states, and are excellent resources.
They don’t sell products. They display products, and have information on retailers of products. They have occupational therapists (OTs) who can advise people with limited hand dexterity or use, people with limited vision, people with limited hearing, people with limited mobility etc. If your friend makes an appointment, or even just goes to see what the nearest ILC has on display, he or she may find multiple things that make life easier as well as a solution for peeling vegetables and a solution for chopping vegetables - it is great to pick up and feel all the different aids to compare what may be a better solution for a particular person.
LifeTec Australia https://lifetec.org.au/
Two in Qld: Newmarket (Brisbane) and Townsville https://ilcaustralia.org.au/contact_us/queensland

ILC has ‘Contact Us’ webpage listing all states https://ilcaustralia.org.au/contact_us

I noticed a favourite aid on one of the above pages - Alligator Food Chopper. It is a helpful aid even for fully able folks - chops a halved onion with one push and no tears, works for all sorts of vegetables; my Mum liked her Alligator because she had limited vision.

Here is latest range of kitchen & dining for people suffering from arthritis https://www.assistancehealthcare.com.au/collections/kitchen-dining-room

We have had this opener for decades. 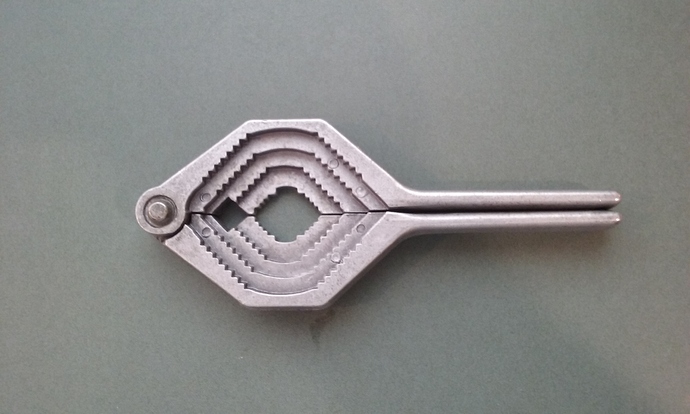 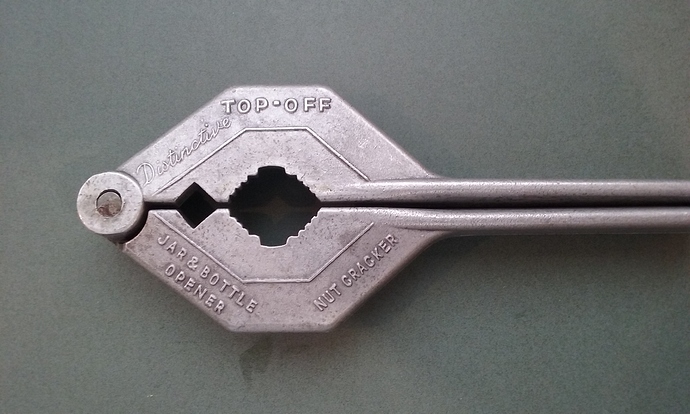 Works great on most things except those with lids with sloping edges like the Leggos stir through pasta sauce bottles now use.

Fantastic for easily removing the pop up spout from our 750ml Cobram Olive Oil bottle to allow refilling with a small funnel and replacing it afterwards.

Looks like a great tool. If I could add some thoughts.

stubborn twist-cap jars can be loosened by tapping the lid.

Easier than these vacuum poppers? I have yet to find a twist off lid these don’t ‘break’ open, although I have not yet opened ‘all lids’. 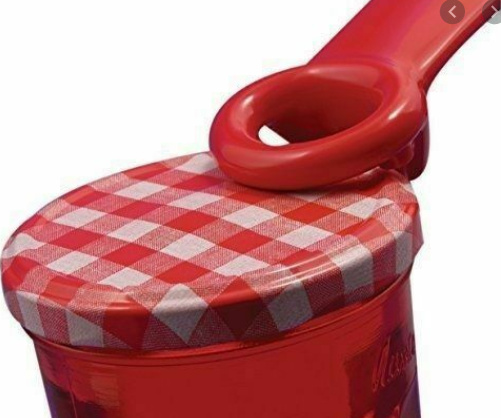 Easier than these vacuum poppers?

If you don’t have one of those, or any tool - yes.

Easier than these vacuum poppers?

I use the bottle opener end of a can opener. Just prise lightly to release the vacuum and the lid come off easily. Care is also needed not to damage the lid if it is to be used to re-seal the jar. 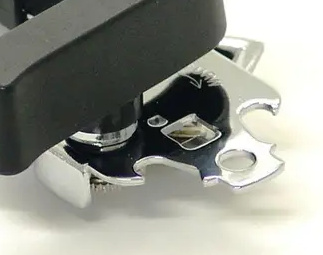 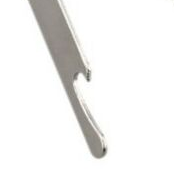 Saves the cost of buying special gadget and maximises the use of another.

Physics fact - stationary friction is greater than moving friction. Which is why the tap method works.
I prefer to tap the whole flat of the lid top slowly onto the floor. It works every time, and applying the tap over the whole surface of the lid means I’ve never damaged glass jars or bottles.

Physics fact - stationary friction is greater than moving friction. Which is why the tap method works.

I’m sorry I don’t see what you are saying here. There is static friction before the lid is tapped and after the lid is tapped, the lid is not in motion so the friction that must be overcome by turning the lid after you tap is still static.

What I think is going on is the tapping breaks adhesion of the polymer seal between the metal lid and the jar and that reduces the torque required to turn the lid. Adhesion and friction are not the same.

I am not sure of this, if anybody has a solid explanation say on.

anybody has a solid explanation say on

It’s useful to consider there are at least two friction locking surfaces for any screw top lid on a jar.

One is the friction between the jar (typically glass) and the seal on the underside of the lid (typically a synthetic polymer, - plastic or rubberised).

The other is the contact between the thread or folded lips of the lid against the moulded thread of the jar. The contact is steel on glass with a thin coating of a tough enamel on the steel. I’ve often had success with tight lids by simply pressing down heavily on them from above, with the jar sitting on the bench, and twisting at the same time. The effect is to increase the pressure on the lid seal contact with the jar, while reducing the contact pressure on the lid to jar thread surface.

Not really science? I’ve often noted the contact point on the lips of the lids that have been against the thread have,
Bright shiny metal that has had the coating and a thin layer of metal scored in turning the lid!

It may be nothing to do with the lid seal which is in comparison very slippery, and only lightly under pressure due to a much larger contact surface. I’ll leave the Science of linear elastic (Hookean) and non-linearly elastic materials to the side. Science simplifies friction to an idealised model. The world is never ideal.

Easier than these vacuum poppers? I have yet to find a twist off lid these don’t ‘break’ open, although I have not yet opened ‘all lids’.

Thats the one a friend has and I want one. Where?

I want one. Where?

I recollect they have been discussed elsewhere in the community forum. Our nearest local mobility equipment retailer (walkers, wheel chairs, commode chairs, etc) has them in stock plus a range of other kitchen specialty aids for those who need them. We’ve occasionally seen them in one of the shopping centre kitchen specialty discount shops. The ones @Fred123 remarks always seem to have permanent sales.

Many kitchen gadget supply shops have them. Google ‘jar openers’. Some easy ones include ebay, everton, and kitchenwarehouse. 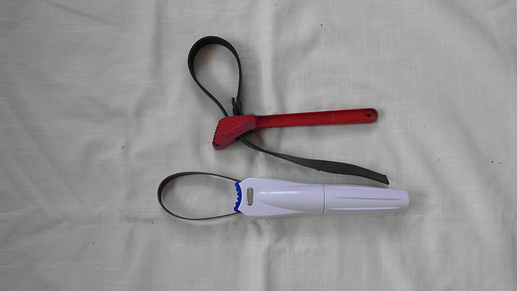 Purchased a ZylissStrongboy 2 Jar Opener . Shown bottom in photo . Will be able to put the Sidchrome oil filter remover back in the tool box . The principal of operation is the same for both of them . Tighten the strap around the jar lid and " wushka " it opens easily . Still like the Sidchrome though

I had one. I used it on irrigation pipes, a 50mm pipe fitting has a nut that is about 80mm and when they get stuck I cannot get them loose by hand and no normal wrench opens that big. I was moving the system with the help of a young guest who was rather muscular (hint: his hero’s is named Arnold) and he took a pull on the strap wrench and broke the strap. Oh well.

Yes I’ve had to re rivet the belt a couple of times on my Sidchrome . Used to change the oil on my dad’s car . I think he used to put the filter on with an impact wrench . " Nothing exceeds like excess " was his motto I think .

I tap the jar lid on a wooden chopping board to break the vacuum, but still the smooth lid, often with moist hands from cooking, makes for poor contact. Now have a silicone garlic crusher, looks like an oversize garlic. With the sprouting end pushed in, it is excellent for dealing with all but the largest jars - which my hands can’t spread enough for anyway. Have just reorganised most of my pantry, with drink bottles with lids no more than 6cm across, so they fit in the palm. They have soft-closing seal, so only the last bit of twist requires pressure.

Thank you. I sent this information to my son, who is always wanting ideas for presents. Hope to get one soon! I have two jar openers, and neither work with really stubborn jars. I usually end up poking a knife under the lid to release the vacuum.