It's the big things 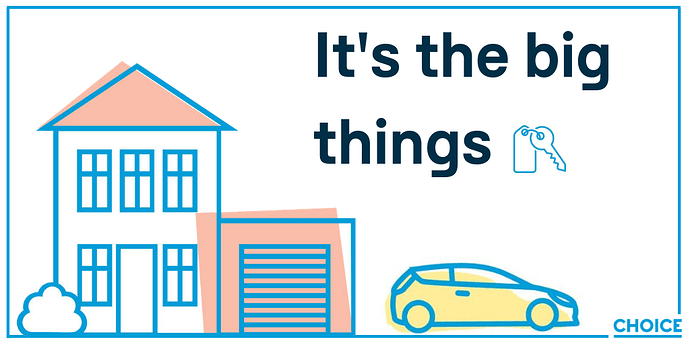 The larger the purchase, the harder the fight

When you buy a household appliance and it doesn’t work, you can generally get a refund or replacement. It sometimes takes a bit of persuasion, but our work over many years to build strong consumer guarantee rights means that most retailers understand it’s best to make this easy for consumers.

If only it were the same for bigger purchases. Perhaps the largest purchase we’ll ever make – for those who can afford it – is a home. But the major flaws revealed in apartment developments in recent months show that consumers are sometimes left with few options.

People are not only being turfed out of their homes for safety reasons, they then face the emotional burden of being suddenly homeless, sometimes without access to their possessions. They’re also up for the significant costs of alternative housing and extraordinary strata levies for rectification work.

And what are their rights? There’s no simple answer to that question. It depends on a mess of different state and territory laws on building certification, strata schemes and building warranties. Even where apartment owners have rights, if the builders or developers go bust, there may be nobody left to claim against.

Sadly, we see similar problems when it comes to other major decisions.

A 2016 CHOICE investigation found that 10% of people who had experienced problems with a new car had to resort to a tribunal to seek a remedy – despite the fact that cars are subject to the same consumer guarantee laws as household appliances.

In parts of the superannuation system, workers’ retirement savings are being eroded through poor-performing funds and premiums on insurance they don’t need, due to a lack of strong laws to deal with these problems.

Elsewhere in the financial system, consumers have been exposed to harmful sales practices, because until recently the Australian Securities and Investments Commission lacked the power to ban products, even where they were causing significant harm.

And in the later stages of life, there is no guarantee of good treatment in the aged care system, as the recent royal commission has shown.

All of these examples involve risks to consumers that are well known, through reviews and inquiries over the years. But large and well-organised industries have managed to slow, complicate and ultimately stymie reform.

I’m glad that if I buy a dud toaster, I can get a refund. But I’d much rather our governments made sure I’m protected from rip-offs and unsafe products where bigger stakes are involved.