Just curious (not trying to start any flame wars) about the iPhone battery life - went to an Apple store and none of the geniuses could give me an answer. How long to they last between charges for a heavy user, with lots of screen on, active use time?

I’m not a heavy user, but I am on my 2nd iPhone now & it won’t take a full charge, even after being on charge over night. Seems to me that the batteries don’t last much longer than 2 yrs. They are expensive to replace so I guess might as well get another new one on a 24 month plan !

I have an iPhone 5S and it needs charging every night. Sometimes multiple times a day depending on how much I use it. It’s often plugged in to my computer’s USB port so it can get some charge while I’m doing other things. No idea how the battery works on other models. Based on experience from my model, heavy usage will drain the battery fairly quickly.

Yeah that was my assumption, unfortunately. Guess physics limits it’s capability on a small battery. I like a phone that handles 6-8 hours screen on working, between charges

There are lots of articles on care of lithium batteries in any device, including smart phones. Every time you fully charge lithium technology it places stress on the chemistry of the battery. For best life don’t charge overnight; pull it off the charger at 80-90%. Also don’t run it down till it’s dead. I have a first generation iphone 5 and the battery is showing no signs of slowing down.
Also shut down unused services and reduce screen brightness slightly, it all makes a difference.
Manually locking screen rather than let it time out also helps - big time.

It won’t help a damaged or dristressed battery but it will help with you next device.

As @takko135 hinted at, lithium-ion batteries operate most efficiently between 38% and 82% charge. I currently have an iPhone 4 and the battery still seems to be performing as it was when I first purchased the phone, by sticking to this guideline when possible.

They could have given you an answer, but chose not to! Generally the Apple people will avoid responding to questions where the answers might put their products in a bad light.

From my reading of product reviews iPhones are renowned for not lasting a day on a charge, if you use them the way they are meant to be used. Heavy users better have a charger or power bank available all the time.

Of course there are ways to maximise the battery life, such as turning of wi-fi, geo-location, etc when not in use. Then there is also the low power mode setting [in battery setting) if you are desperate to keep the phone running.

I use a free app called Battery Doctor. It tells me how much time I have left on the battery (ignoring the fact that it closes down at 20%). While charging it informs what form of charge it is doing (high speed/continuation/trickle), and how much time it needs to be fully charged.

Battery Doctor also cleans out the memory and the ‘junk’ (cached files) to boost the speed apps running on the phone until it gets bogged up again. It is surprising how much junk is left on the phone even after a hard boot.

I run the ‘junk’ cleaner repeatedly until the amount of memory available approximately corresponds to what iTunes has reported I have available (when the phone was connected).

EDIT: I have upgraded iPhones resulting in a transition from iOS9 to iOS10. Unfortunately, Battery Doctor does not do the memory clearing I wrote about in iOS10

. I am hoping the app will be updated and continue it’s usefulness.

Bluetooth and location services are big drains that should be off when you are not using them.

Contrary to the advice you have been given the battery changes on a 4 and 5 models is fairly easy if you can work a screwdriver you can do it.
The Batt change on the 6 is a little tougher , the 2’s and 3’s were much tougher.

Who makes the Battery Doctor you refer to? There are several with that name in App Store.

Yeah, I have read about not charging it to 100% Trouble is I have an app I really like, that monitors my sleep - it needs to be plugged in to work, so it does end up being charged overnight

It now doesn’t even last half a day, if I use it a lot (as I did on a recent trip to Sydney) luckily I had a power bank with me to recharge it a couple of times during the day

hi @marywalkernyc.
When I search in the App Store for “battery doctor” it is the first one to come up, with the name ‘Battery Doctor - Master of Batter Maintenance’. It is made by Chinese business known as Bejing Kingsoft Internet Security Softwar Co. Ltd

To find it on the Apple App Store via Windows, go to https://itunes.apple.com/au/app/battery-doctor-master-battery/id446751279?mt=8

Anything that requires communication with the network will drain battery significantly. Using 4G, location services, phone conversations. The screen would be a drain also. Unfortunately these are all essentials. You can somewhat extend battery time by turning off certain features if you don’t need them as is outlined in many articles online.

My personal wish would be for Apple to increase the battery capacity and also implement more intelligent battery options (such as an 80% max charge option). I really think people are not excited about the thinness of the iPhone anymore but they would very likely appreciate not running out of power during the day.

I have just bought the Iphone 7+, specifically for the camera for video and the hard drive space.
At work 3 days ago, I set the screen to never lock, I did continuous video during training.
Total time from 93% to 0% was 3 hours

iPhone 6 - 18 months old - needs charging daily - more often with heavy use. I invested in a charging pod - charge the pod over night - take it with you and the phone - top up phone from charge pod ‘on the road’ as needed. Pod gives about 2 full charges. AND FYI - my old Nokia 6230 - still going well - 5 days minimum in use and still fully charged after a month, switched off in the drawer - the good old days!

That doesn’t sound too bad to me. If you had a movie camera & filmed would you get much more from a battery? Your input is interesting, and I’m sure lots of other measurements of battery life could be made using other components of the phone.

The important issue raised is how long does the battery last as a phone?

I know people are now expecting their phones to do everything, but the primary purpose of smart phones (like the iPhone) is to be a phone. All the other stuff included, apart from SMS/MMS, are extras. Making videos, taking photos, recording sound, listening to music, watching movies, downloading, doing internet searches, etc., will obviously diminish the battery time significantly. It is important to realise that iPhones and other smartphones were not primarily designed for these ancillary functions. They were designed first and foremost to be phones.

Many people remember the mobile phones that lasted a week on a charge. You could rely on them to make and receive calls. The issue is with the newer iPhones, you can’t rely on them to last out the day. And, let’s face it, we are heavily reliant on being in constant contact these days. This raises the question of what good is a phone that doesn’t even last a day under normal use? 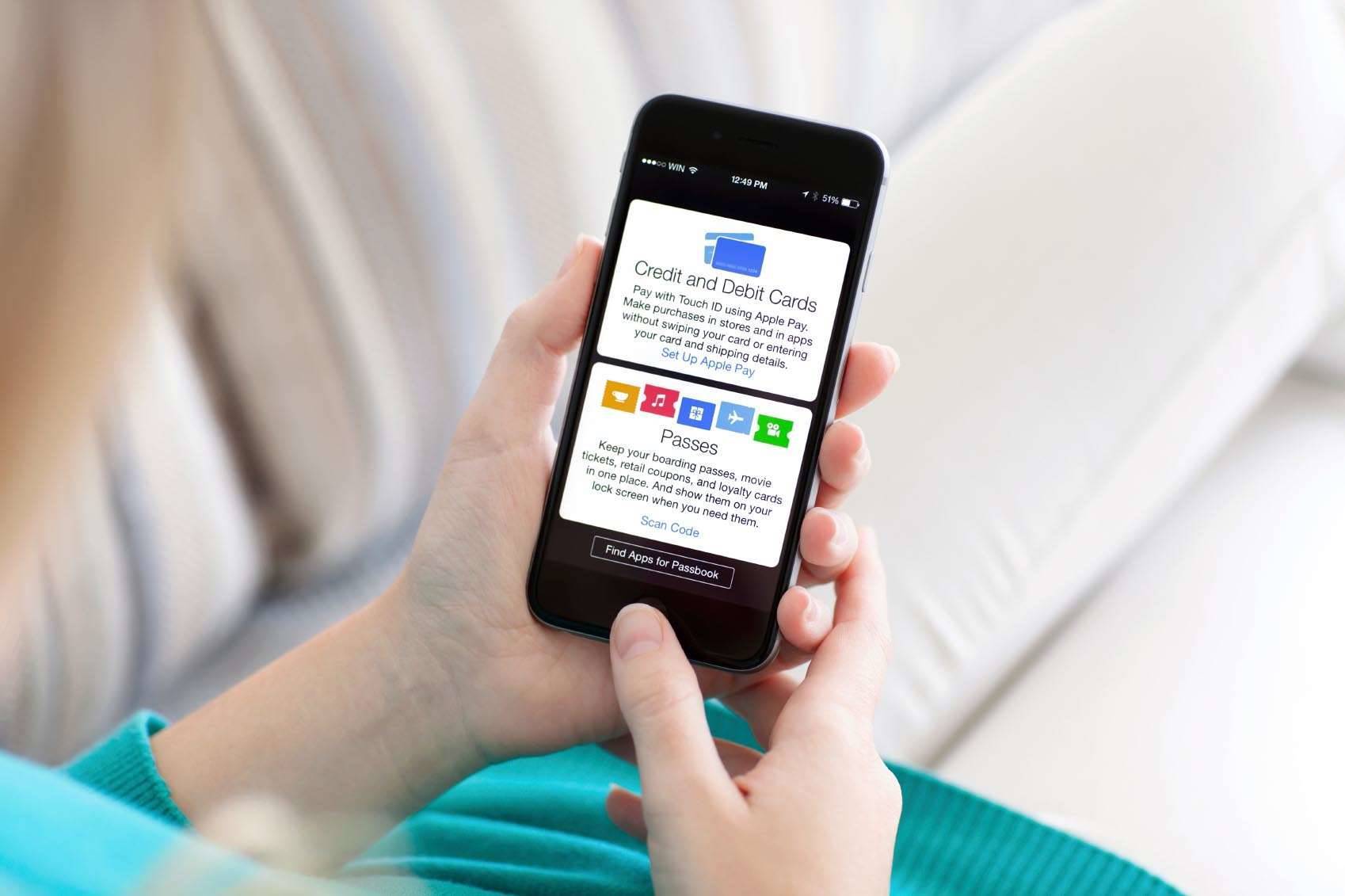 Says it's to address battery problems.

So it seems if you have an older iPhone, your battery life will be better with these ‘Apple Enhancements’ - of course, you’ll need longer battery life because it will take longer to do anything … it’s a bit sad that a slower phone might make the user consider upgrading, but I’m sure that wasn’t Apple’s intention …

Does not apply to I4S, but everything after. Got an Apple I4s from my in-law which he hadn’t used for a few years when he updated in the US. Had trouble since.

Found out it was locked and needed a passcode, then an Original Apple password to unlock and my in-law couldn’t remember it. After 2 weeks of calls to him and the carrier, I got the unlock request approved and reset the phone. I updated to IOS 9.3.5. and made my 1st mistake. I should have left it at IOS 6 because it runs slower and drains the battery quicker with the newer software.

Parts are made separately for Apple phones and assembled by 3rd world labor. This way you cannot buy a separate Original Apple part, but they will take your phone and charge you to refurbish it or sell you a refurbished one or an updated one. To replace my battery it would cost around $109.00 or a refurbished phone around $150.00 +.

On EBAY and other websites, batteries run from $2.99 to $50.00. They are made in China and could last from 2 days to 6 months or otherwise, you get old used and polished batteries up to 2-3 years old. Take your pick and good Luck…Apple gets their’s from a manufacturer in China. What a rip-off !!!

On EBAY and other websites, batteries run from $2.99 to $50.00. They are made in China and could last from 2 days to 6 months or otherwise, you get old used and polished batteries up to 2-3 years old. Take your pick and good Luck…Apple gets their’s from a manufacturer in China. What a rip-off !!!

I have replaced a number of iPhone batteries with ones I bought out of China. Nothing second hand about them, and they were better than the originals.

I just purchased a replacement battery for my iPhone 5 it was advertised as a genuine apple replacement unit and it was the princely sum of $9aud from a local ebay supplier (they are obviously all made in china). It looked identical with the same markings to the original batt in the phone and so far so good it is working very well.
I also changed the lightning USB port on the phone as it was worn loose and hardly making connection after about 6 or 7 years of phone use but I must admit as I amble into my older years it is becoming tougher to work with the iPhone’s tiny screws and multitude of surface mount ribbon cable connectors that are so small that my fat fingers find hard to engage. I think next time I’ll find one of those guys at the markets to do it for me.