How do you get rid of mould?

There’s more than one way to get rid of mould, but not all mould removers are created equal. Which way works best for you (vote below)? Leave and comment and tell us why, and check out our advice in the article below. 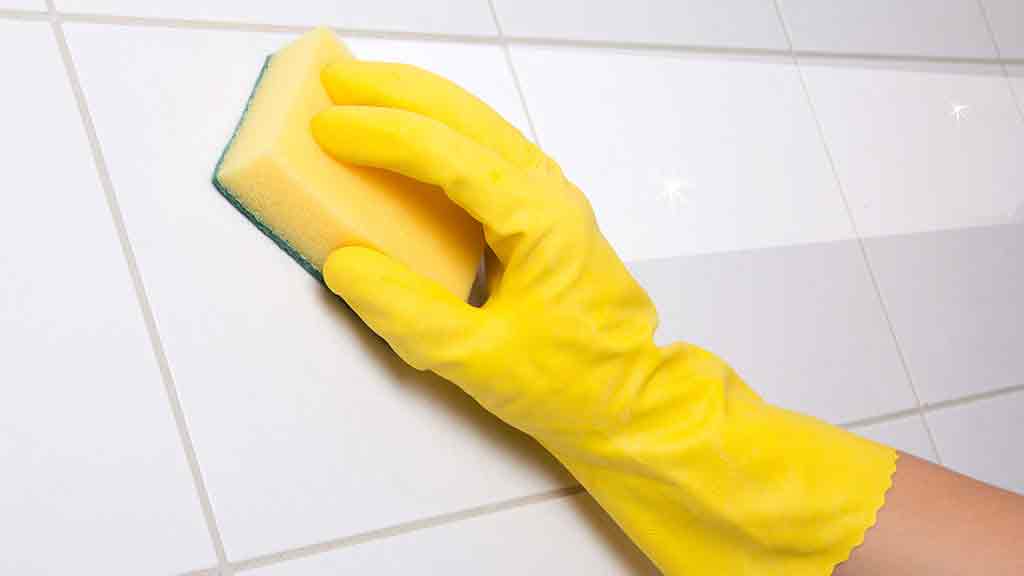 How to get rid of mould | CHOICE

Tips for getting rid of mould at home, plus why you should use vinegar instead of mould cleaning products like Selleys Rapid Mould Killer and Exit Mould.

I use any bleach mix bought from the shops. I also use clove oil, and have brought in a professional cleaner once to get the mould in the roof cavity.

I know bleach is largely ineffective on porous materials and grout. We use a clove oil mix to deal with grout and some porous items, we use a bleach mix on tiles. Once applied we wait a few minutes then scrub and rinse off. Once rinsed well we apply a spray of clove oil mix (clove oil mixed with water, it needs constant agitation or it separates out). On floors we use a vinegar solution to wash our hard floors anyway, this in the bathroom removes slip hazards from oil on the floor and seems to keep the mould at bay.

Our clove oil mixture bottle (nearly time to refill it), useful for the fridge drainage tube as well to keep mould growth under control and stop tube blockage. 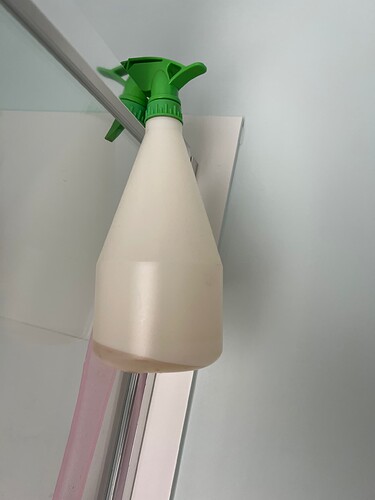 We use high strength sodium hypochlorite in any available product.

We use it in two ways, ‘neat’ when treating a new mould or algal outbreak such as on a shower curtain or on the surface of something.

We dilute it so that it is still strong to spray surfaces likely to attract mould growth every time a shower is cleaned. In the business, this is between guests and at home, about once a week. We also lift drain grates/covers and spray there as well to prevent mould growing in such locations, creating spores which then cause an outbreak to other areas. This tends to keep mould in check and we don’t have any problems.

The other key thing is to get the damp area dry as quick as possible. This can be achieved by wiping/squeegeeing and/or good ventilation (open windows and use exhaust fans when showering). If damp areas within a house are allowed to dry quickly, this also prevents mould establishing.

The other things is to inspect areas and repair any leaks as soom as they are identified. This could be a roof leak, leaky tap to even getting efflorescence sorted.

Edit and Note: We also wear special cleaning clothes (gloves with old pants and long sleeve shirts) when using sodium hypochlorite. Any spill will strip colour from most fabrics. Not a good look on good clothes.

Watched a program on the ABC dealing with getting rid of mould. CSIRO scientists on the program said that vinegar is the only way to get rid of mould/spores, because the mould spores injest the vinegar and explode. They also stated that bleach is often used to get rid of mould, as a lot of products in the supermarket have bleach in them for this purpose, but this misconception of bleach killing mould only caused the mould in the treated areas to die on the surface, leaving the spores underneath (grey area) to replace them.

I have used nothing else since and have had no mould. When changing homes, if I notice that the bathroom ceiling has a hint of mould, I spray vinegar and the mould never grows. Gives you plenty of time before maintenance painting.

Spent over 30 years in Darwin so was quite familiar with mould. Used methylated spirits to wipe and kill the mold on leather products (shoes and leather jackets) and that would last for the whole wet season. On moving to a coastal village south of Adelaide found that mould was a problem in the shower. Tried vinegar but it was of little help. Eventually found that spraying isopropyl, leave for about an hour, seal the drain (we have a septic tank) and spray with concentrated bleach to bleach the mould and leave for another hour. Then sprayed with hydrogen peroxide (35%) to neutralise the bleach (it also acts as a bleach) and let stand. Also lift the drain grate and clean the pipe to the ubend. This has provided about 2 to 3 months of protection in our case. Make sure to use decent plastic gloves and ventilate the bathroom, the fumes can be harsh. It works in our case but experience has shown every case is different.

White King Mould and Soap Scum Remover. Very effective and usually stops mould forming in the grout for months at a time.

This is a home recipe I picked up from somewhere years ago that works well:
Crush 20 whole cloves.
Add 2 tsp methylated spirits and mix into a paste.
Add 20 tbs boiling water and seep for two hours.
Put into a spray bottle - can be diluted but I don’t.
Spray on mould and let sit for a few minutes, then rinse or scrub off.

Yes, cleaning experts also recommend vinegar and clove, which can also used in the essential oil form. That, or lemon eucalyptus essential oil work very well without using nasty chemicals; better for the cleaner, occupants, and the planet.
I also found lemon eucalyptus strongly effective if there is mould in or near drain holes of a basin or floor. Tea tree oil is also anti fungal; I added it to ceiling and wall paint which remained effective against mould after 25 years in a bathroom without an exhaust fan, and only a small window, at the coast.

Is bleach or vinegar better to kill mold?

Bleach and vinegar can both kill mold, but vinegar is much more effective for removing mold from porous materials. This is because bleach only kills mold spores on the surface of affected materials. Vinegar will penetrate porous materials and kills the mold at the roots.

This is because bleach only kills mold spores on the surface of affected materials. Vinegar will penetrate porous materials and kills the mold at the roots.

So it says in many references. As both liquids are mainly water I cannot see why one would penetrate much more than the other. Assuming the claim is true there must be more to it.

There is - bleach removes the black colour but doesn’t kill the spores very well - vinegar kills the spores very well. I always spray with vinegar and then a day or so later spray with bleach… Only way I have found to permanently get rid of it… Had mold that kept appearing on ceiling where there was once a small leak and this was the only way I got rid of it forever.

So it is said. After checking a dozen or so references, including several from professional cleaners, nobody has any explanation of the mechanism nor do they show any evidence behind their opinion. One youtube video claimed compare the two methods side by side used such poor methodology it was a joke.

The linked Choice article says they consulted with experts to conclude vinegar is better. I wonder if they have any evidence that they would share.

I can only tell you what I do and have had 100% success with! The evidence I see is that my ceiling is permanently mold free… (over 2 years since done) Don’t much care whether Choice supplies evidence - try it for yourself and if it works, there’s your evidence!

try it for yourself and if it works, there’s your evidence!

A good approach. If I had mould in my house I would.

It is interesting. There is research showing the effectiveness of bleach (sodium hypochlorite) and other commonly available cleaning chemicals on building materials such as this one…

But there is virtually no scientific papers looking at vinegar/acetic acid on building materials. There are a significant number of papers which evaluate vinegar as a sterilising agent in foods, to remove mould growth. I wonder if this has been extrapolated to building materials without any scientific backing. There is some research on wood vinegars on building materials to treat mould, but the evidence indicates it’s effectiveness is somewhat limited. This isn’t to say it isn’t, as many popular websites have anecdotal evidence of its effectiveness.

It is possible that bleach denatures more quickly when absorbed in reactive porous surfaces, causing its effectiveness to be less at depth. However, some porous surfaces found in the bathroom, such as grout, is reactive with acids such as vinegar causing the grout to lose its strength over time. The loss of strength can cause grout to disappear and leaks, with invariably may increase likely of mould.

It is possible that bleach denatures more quickly when absorbed in reactive porous surfaces, causing its effectiveness to be less at depth.

I think that is quite possible. It isn’t that the liquid fails to soak in but the hypochlorite is unstable and the chlorine is expended before the liquid reaches all the hyphae.

There is much nonsense on the web about this issue. One ‘study’ concluded that bleach was better because it cleaned the affected area better than vinegar - ignoring the longer term outcome.

Another quoted a study that determined bleach was a great mould killer because it killed four types of mould, three species of Candida and MRSA. Candida species are fungi but I doubt any are congruent with whatever moulds grow in houses. One of them, Candida albicans, is responsible for thrush etc. And MRSA is a bacteria!

As we have a pool, we always have 15 litres of pool chlorine around. It kills bleach. Of course, this is not for the faint-hearted. It is dangerous stuff. Lots of ventilation needed. Gloves. Old clothes. Good brushes (old toothbrushes up to bigger ones). Wait. Wash off thoroughly. No mould. It is strong enough to penetrate the grouts and stuff even as it starts losing efficacy due to exposure to air and chemical reactions along the way. This kamikaze chemical is wonderful and makes you feel like a super hero.

If it is a regular clean that doesn’t need industrial strength treatment, the cheapest 4% stuff no name bleach works on non-porous surfaces. Don’t let the mould get into porous surfaces.

As for the mould that sneaks behind silicone surfaces, damn you mould. Time to replace the water proof membrane as it isn’t waterproof any more. This takes time. Scrape out. Treat surface. Clean out. Wait to dry. Re-apply. Fiddly but doable. If you feel you need the experts, do the scraping and cleaning yourself. That’s just boring time consuming annoying stuff and you can spend longer on it than any expert will. Do it two days before and don’t use the area. Then the experts come in and do their fast skilled application of silicone on nice perfect surfaces.

Most liquid pool chlorine is sodium hypochlorite, which is the same active ingredient in bleach. Pool chlorine can however have higher concentrations than domestic bleach which as you have indicated, can pose significant safety risks when used. Any chemicals purchased for the home, should be used in accordance with the manufacturer’s labelled instructions (and the corresponding Safety Data Sheet/SDS).

I have found it is far easier to seal the grout using Dunlop grout sealer before ever using the bathroom. Have done this for my last 2 bathrooms and have never seen any mould. 1st time was terrible but they have improved the the brush so not too bad the 2nd time and I used largish tiles. 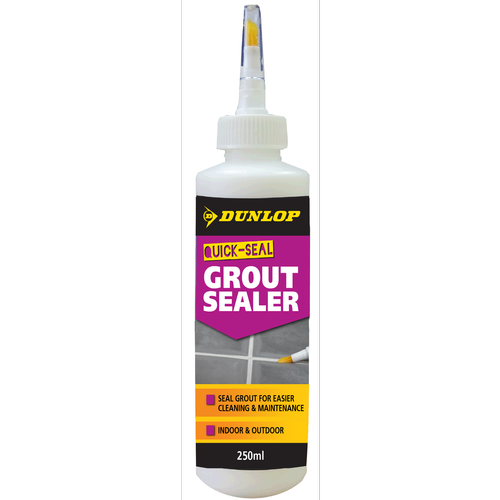 Indeed. It is sodium hypochlorite but in much higher concentrations and you need to be real careful especially with the fumes and getting it in your eyes or on sensitive bits of your body.