We’re currently updating our home insurance review and I’m staggered at some of the quotes we’re receiving for pretty run-of-the-mill Queensland homes.

With insurance in the NT - it’s not just some of the higher risk, nor just further north - I get the impression one of the main contributors is the sellout of the formerly government owned TIO to Allianz … from that point prices went stupid if you were in the wrong category - in Central Australia that included properties inside 100-year flood zones.

Allianz/TIO’s selective pricing wasn’t limited to home insurance. Prior to acquiring TIO I don’t believe Allianz insured motorcycles - but TIO did - at the time ‘insuremyride’ was closing shop, before it was apparent Shannons would do transfers from them, I went to TIO for a quote - for 2 bikes I was paying around $1200, TIO quoted me over $3700 and said that was market rate.

I experienced notable but not as big (as the bikes) increases in existing TIO insurance I had on home and to a lesser degree on contents, so ditched them completely.

There have been stories over the last couple of years - some I heard first hand but still somewhat anecdotal - of huge price increases for home/contents insurance on properties inside the 100-year flood zone.

If I was to take a cynical view, I’d have to wonder if they were simply exiting the market in segments and risk profiles they didn’t want to stay in with their newly acquired TIO.

“Early analysis shows that while northern Australia makes up only five per cent of the number of policies, it accounts for about 10 per cent of premium revenue.”

The ACCC has today released preliminary observations on the northern Australia insurance market following public consultation and information gathered from insurers. In July 2017, the ACCC commenced an inquiry into the supply of residential (home),...

None at all. The next stage of the inquiry will look at profitability and how insurers are calculating risk. Be interesting to see what comes out of that.

@draughtrider did you make a consumer submission to the inquiry?

did you make a consumer submission to the inquiry?

No, but I encouraged others who were affected to do so. I’m outside the 100 year flood limits so my insurance didn’t increase and was ‘within expectations’ - that said, I was with TIO, who were sold off to Allianz - who along with NAB I’ve made a concerted effort to distance myself from entirely. I split my insurance, putting contents with Shannon’s and building through a broker, saving about 35% all up, so compared to some of the horror stories I felt I had little to complain about.

Well done. I wish we had a way to properly test broker-bought insurance, I’d like to know how their prices rate against the publicly-available policies we review.

Some good news for insurance in Northern Australia.

Live in northern Australia? Your insurance could be about to get cheaper

The federal government rolls out a plan to reduce the cost of insurance for homes and businesses in flood and cyclone-prone areas of northern Queensland, but it won't come into effect until July next year.

Some good news for insurance in Northern Australia.

It stinks, depending how well done you like your pork. That is unless universally the Govt will underwrite cheaper insurance for all Australians no matter where they live. Why choose North Qld and then hold off implementation until after the due date of the next Federal election?

The alternative is to invest in more resilient housing through targeted upgrades, and removal of homes from higher risk areas. The proposal does not reduce the risk. It’s certainly not investing now to save later. Excuse the old fashioned conservative values.

What about all the homes down south now assessed to be in high bush fire risk zones. Most were never previously loaded with that insurance risk, either?

Ultimately more, most of Australia will become more expensive to insure due to the impacts of climate change. My personal opinion. Any commitment for money is better put towards fixing the Climate Crisis. Or is there an admission it is really too late?

Too late for some effects of CC, some mitigation is possible. But I think the offer is pork barrelling due to an imminent election.

The alternative is to invest in more resilient housing through targeted upgrades, and removal of homes from higher risk areas. The proposal does not reduce the risk. 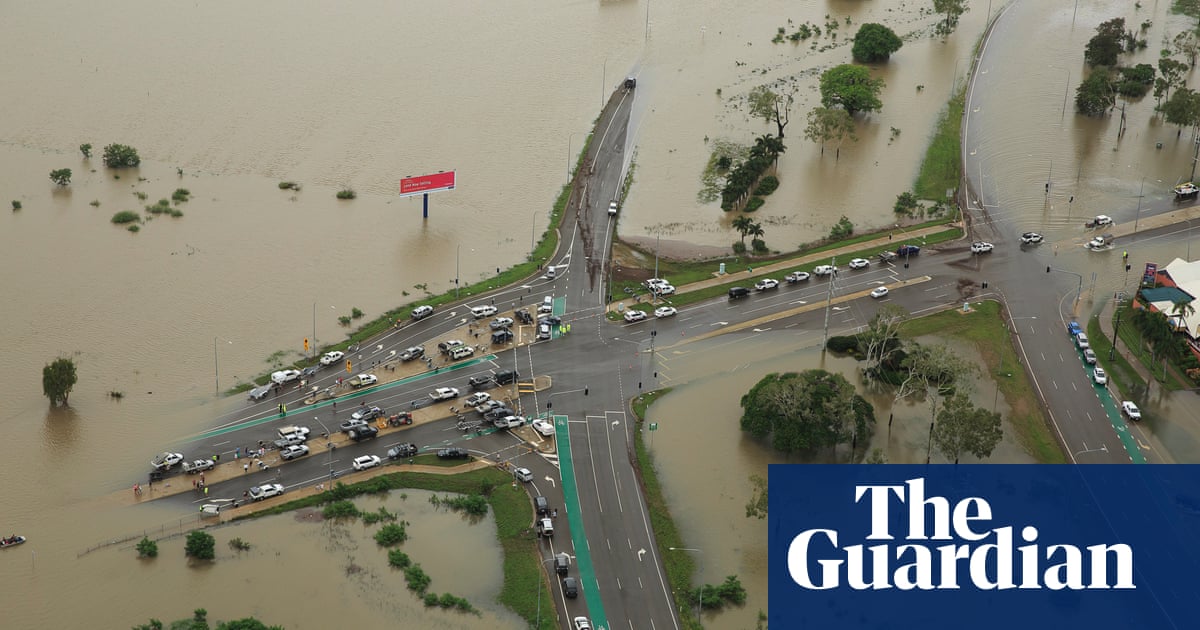 It’s not just the news report that has a similar outlook.

The announcement comes after the Australian Competition and Consumer Commission recommended the government not use reinsurance pools last December, as they support the insurance industry rather than improve affordability.

It was however only a recommendation to government.