An article regarding vegan pretend meat foods having more salt than a large serve of Macca’s fries. 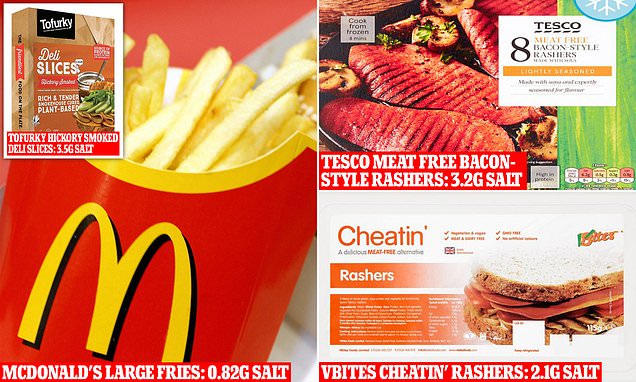 UK charity Action on Salt surveyed 157 meat-free products available in supermarkets and found more than a quarter of them have over the maximum salt target set by Public Health England.

I will stick with the real deal.

Vegiterean bacon? Or should it be called Vegan Salt with bacon flavour?

Probably correct, unless bacon is not meat?

Tofurky slices had 3.5g and Tesco’s meat-free bacon has 3.2g

It appears that the non-meat bacon has around the same, if not slightly more, salt than the traditional bacon rasher.

If one looks at some bacon rasher products available on the supermarket shelves, soldium contents are as follow (salt equivalent weights are in brackets):

Each of the above traditional bacons have lower salt contents than the non-meat varieties reported in the news article, but still levels significantly higher than recommended dietary levels.