The Boeing 737Max has been added to a long list of aircraft that have failed in early service. It may or may not return to commercial service in mid 2020.

The embedded code and connections created in complex software systems are invisible to direct human observation. Testing or proof of performance can only be achieved by old fashioned trial and error.

Are the critical systems in aircraft now so complex it is impossible to be assured they are defect free?

At least until we devise a new way of designing and testing such systems. It is a similar challenge facing Autonomous operation of vehicles, or ensuring security of personal information held in the cloud or across multitudes of corporate and government centres. 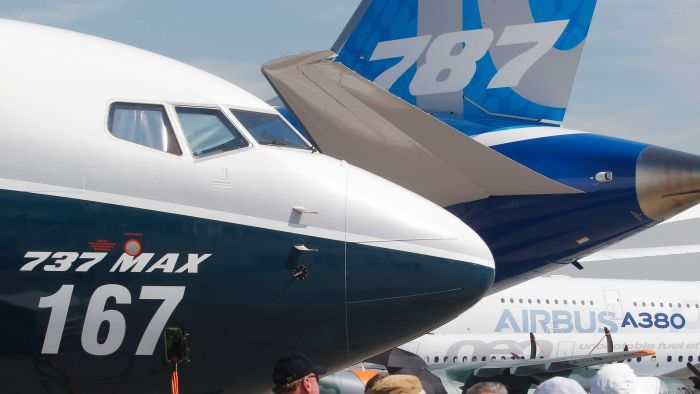 Yet another software flaw is found on the Boeing 737 MAX as the company and regulators look to get the plane back in the skies my midyear.

My opinion is that yes the flight control systems on large commercial planes are becoming too complex, but completely handing over control to automated systems is a perilous slippery slope.

I think that the problem is that commercial considerations & international competition between manufacturers is all driving development too hard leading to failures at all levels. Unfortunately, as with banking, the regulator in America have too close a relationship with the industry further compounding the potential for failures. These failures only become evident to the public when they become catastrophic.

Are the critical systems in aircraft now so complex it is impossible to be assured they are defect free?

Anything designed by people, it is impossible to be defect free. Even AI which will be potentially used in autonomous will have defects…as the code undering the AI has been touched by humans.

Fortunately with aircraft, they are thoroughly tested during its development and each plane before delivery, to ensure that any potential defects are known. A ggod friend lives in Seattle near the Boeing runway and often talks about the test take offs and landings wbich occur regularly. He also says that they get to see aircraft in their infacy before they are commercislly available.

The problem with the 737 Max from information publically available, the plane had a design defect (jets in the wrong position and too far forward) and this defect was tried to be overcome using software. As the plane (design defect) and software (used to correct the design defect) were not perfect, this means a double imperfect situation…which resulted in the two aircraft tragedies and ultimate grounding of the aircraft.

Investigation of all aircraft incidents (from near misses to damage to crashes) are thoroughly investigated and measures implement to prevent a reoccurrence. It is unlikely that tye same rigour will apply to autonomous vehicles as the cost and time to investigate every incident will be prohibitive. This will be one of the challenges of autonomous vehicles that any bugs or defects in the programming code will result in incidents and may never be full rectified (like the software in the 737 max until such time there is a regular. catastrophic incident).

Investigation of all aircraft incidents (from near misses to damage to crashes) are thoroughly investigated and measures implement to prevent a reoccurrence.

It’s a great point. It would be disrespectful to suggest passengers are surrogates for crash test dummies.
The unknown is how thoroughly, how timely and whether anyone bothers to pay attention.

Boeing jet involved in six mid-air emergencies after being cleared to fly...

Reports from flight crews show Boeing's 737 MAX aircraft was involved in six mid-air emergencies in the US in the year after it was cleared to return to the skies following two fatal crashes.

Now, an ABC Investigation has unearthed dozens of other mid-flight incidents on MAX planes during the aircraft’s first year back in service.
The safety report data was extracted from the FAA Service Difficulty Reporting System as well as anonymous reports submitted to NASA’s Aviation Safety Reporting System.
Pilots declared mid-air emergencies at least six times last year — including one United Airlines flight en route to Houston, Texas in October, which was not in the database.

How this might affect Australian Boeing 737 MAX aircraft and how CASA are responding are also covered by the ABC report.

P.S. It’s worth noting a core contributing factor which resulted in the 2 earlier fatal crashes.

Boeing employees were charged by the US Department of Justice and the company paid $US2.5 billion ($3.5 billion) in fines and compensation after it was found to have deceived authorities over the system’s complexities and removed references to the MCAS from its pilot training manual.

The B737 is a very old aircraft design, from the 1960s.
Even the most recent evolution, the MAX series, are now 10 year old designs.