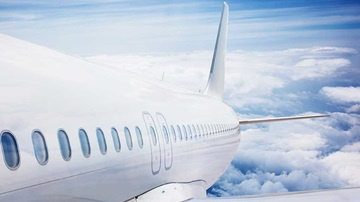 When I was a kid, travel largely consisted of road trips. With no competition between airlines, air travel was expensive. I could count on one hand the number of times I caught a plane before I turned 18.


The introduction of competition between airlines – especially within Australia – changed that. By the time I finished university, I was flying between Sydney and the north coast of New South Wales for semester breaks on cheap flights, rather than taking overnight coaches.

In the years since, most of us have become pretty nonchalant about flying, whether for a business day trip, weekend away or overseas break. I’ve had plenty of days where I’ve spent more time in transit than at my destination, especially when travelling for work.

Now that air travel is temporarily out of reach for me, as it is for many people across the country, I’ve been thinking a lot about what I do and don’t like about it, and how to make the most of it when it’s possible again.

For a start, I’m going to make it worth it. No more of those days of getting up at 5am for a 14-hour round trip to another capital, unless I really need to. We’ve all learned that we can do an awful lot by phone or video, especially when dealing with people we know.

And it’s not just the inconvenience that has me reconsidering. The aviation industry is responsible for around five percent of global warming. With increasingly dire warnings about the rapid advance of climate change, we all need to think about when and whether we really need to fly.

Another resolution that will help me reduce my air travel is to spend more time seeing Australia. Over recent months as I’ve enjoyed friends’ photos from epic road trips to far corners of the country, I’ve realised just how little of it I’ve seen. There’s a reason we’ve been so successful at luring international travellers – we’ve got some of the best beaches, deserts and wilderness in the world.

Finally, when I do get the chance to leave Australia, I want to spend some more time in our part of the world. We’ve got strong cultural links with Pacific countries, most of which are heavily dependent on our tourism. More than a year without visitors has left their economies devastated and I figure we owe it to them to help them rebuild by taking our business back as soon as it’s safe.

Qantas was offering a discounted Qantas Club membership if I took up the offer by July this year. I declined wondering of what benefit it would be given the ongoing travel restrictions.

Independently of border squabbles, nearly every state has at different times locked down LGA’s and whole Cities. Effectively preventing travel into and out off those declared hot spots. The Sydney Northern Beaches lock down and recent SW Sydney lock downs come to mind.

Independent of state border restrictions, travel in and around our two largest states for tourism and holidays has been impossible for the 60% of Australians they hold. When we have been able to travel there has been the ongoing risk of being stranded, for many weeks if not months and often at great expense.

In looking to celebrate my partners next very significant birthday, it will be a very quiet celebration. The family living in NSW and Vic are not locked out of Qld. They are locked into NSW and Vic if the best advice of their State Govts is to be followed.

We will need to make the date count in other ways.