What’s your favourite type of yoghurt?

We buy Labin Natural Set Yoghurt produced from Grandpa’s Dairy. While not labelled ‘Greek youghurt’, it is principally the same style as its Greek cousin. The manufacturer is a independent milk processer which only supplies to a limited number of outlets.

It also only contains milk, culture and pectins and the milk is unhomogenised leaving a thin veneer of cream on the surface of the yoghurt (yum). It is slightly tart and is good for both as a dessert (say with fruit) or used in savoury recipes (such as Raita or dips).

It is also very reasonably priced compared to that in the major supermarkets. We buy a rebranded version for $4.99 per 2kg bucket and highly recommend it.

Though the product sounds superb regardless. I really appreciate a really good youghurt.

The milk is pasteurised but unhomogenised. Pasteurisation is mandatory for retail dairy products (except some cheese) in Australia, but homogenisation is voluntary and up to the milk processor.

When I was growing up most of the milk we bought had only been pasteurised and only small amounts were both pasteurised & homogenised (and rarely purchased though how times have changed). So I typically use pasteurised when I mean non homogenised milk so sorry for my interpretation of your meaning.

I make my own with UHT full cream (saves doing the heat pre-treatment) and it is cheaper, and use powdered milk, calcium chloride & culture from the cheese makers. I incubate in a foam box. Works out about $1.20 litre and I can control the thickness of set etc. Not intending to, but also reduces the plastic packaging and refrigeration in transportation. I doubt mine would win the taste test though.

Ah so there is no nutritional difference between greek yoghurt and greek-style yoghurt? Dr Karl says there is. He was hospitalised because he was short of a certain nutrient which he thought he was getting from all his yoghurt eating, but he was eating greek-style so he wasn’t getting this nutrient after all - and got quite sick.

Also, why is greek yoghurt 5star and greek-style only 3.5star if they are nutritionally similar?

I couldn’t find any reliable information online about the difference between greek and greek-style yoghurts, only low-quality opinion blogs by health gurus claiming that preservatives are bad for you (sigh). Would the CHOICE team be able to shed any light on this ‘take-away’ from the top of the article?

Hi BrendanMays re your quote “Other than the name, there’s not much difference between Greek-style and regular natural yoghurt”

I agree that nutritionally that is most likely the case the case BUT when it comes to taste Greek style Yoghurt (like Coles, Aldi etc) HAS taste compared to “regular natural yoghurt” which has NO taste. Bland would be a good word to describe it.

Any way this is MY opinion and I am sticking to it!

Taste testing is fine, but why do people buy Greek yoghurt? I’d guess many people choose it rather than, say, strawberry yoghurt, because they are looking for health benefits.
I buy Chobani Whole Milk Greek Yoghurt, which is down the list a ways, but when you look at the nutritional information, it has twice the protein, half the fat, half the sugars, half the kilojoules, etc as the “tastier” ones.
It’s also made traditionally, using dairy and cultures (no gums or other additives like most of the others), just strained till the required thickness.
I also like that Chobani is a company with a good social record, and a charity arm.

I’ve been making my own for a quite few years.
Ingredients:
2l Devondale long life milk
1.5 cups of powdered milk
tiny amount of yoghurt culture, from the freezer, or a spoon of the last batch
tiny amount of ABC probiotics, also kept in the freezer
1ml Calcium chloride
1 spoon of local honey

The mix is kept at 40C for 12 hours, then refrigerated. I’m currently using a yoghurt maker with a 2l plastic pot, but previously used 4 X 500ml glass jars, which unfortunately wont fit into the yoghurt maker, but I’m on the lookout for a suitable glass container.
It makes a nice firm pot set yoghurt, but once some is scooped out some whey separates out, which can then be drained off, effectively making it Greek yoghurt, or else stirred back in.
Way better than any shop bought yoghurt IMO 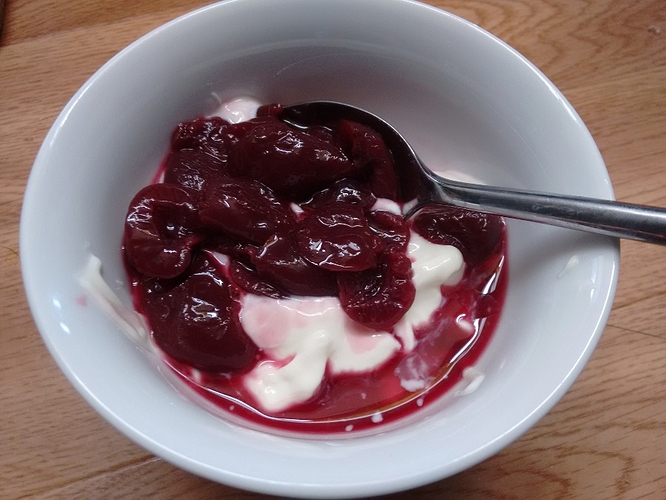 @natural.thought - I’ve asked the author of the report to reply, as I’m sure she’ll ba able to provide a better answer than I can manage.

@ioanis45, good to hear your opinion, I’m sure you’re not alone in the sentiment.

I like Chobani because of the low sugar and sodium content, plus it tastes great. However I’m disappointed to see that they’ve joined the throng of companies who’ve decreased the size of the container - now 907gr instead of 1kg but kept the price the same. Why can’t they just be honest and increase the price if they need to, rather than doing it in such a sneaky way!

Hi @natural.thought, sorry to come to this discussion so late in the piece. In Australia there’s no legal definition of Greek yoghurt. And we found very little difference nutritionally between those in supermarkets that were labelled Greek, and those that were labelled Greek-style. Chobani Greek Yogurt Plain ranked highest for protein content, for example, but so did Black Swan Greek Style yoghurts. While Jalna Pot Set Greek Yoghourt Natural ranked lower.

With regards to health star ratings (HSR), we didn’t find a relationship between the rating and whether it’s labelled ‘Greek’ or ‘Greek-style’, and those labelled ‘Greek’ aren’t always higher rating than those labelled ‘Greek-Style’. Coles Light Greek Style Natural Yoghurt is 4 stars while Jalna Pot Set Greek Yoghourt Natural has a HSR of 1, for example. What does make a difference to the HSR is the ingredients used (eg cream vs skim fat milk) and how it’s produced (products that are strained, which is how Greek yoghurt was traditionally made, are more likely to have a higher protein content).

I hope that helps.

Thank you for the extra information @rclemons! Your thorough analysis would be more reliable information than my anecdotal quick-look-while-shopping-for-lunch.