An article regarging GM announcing today that it will end the Holden brand by the end of 2020. 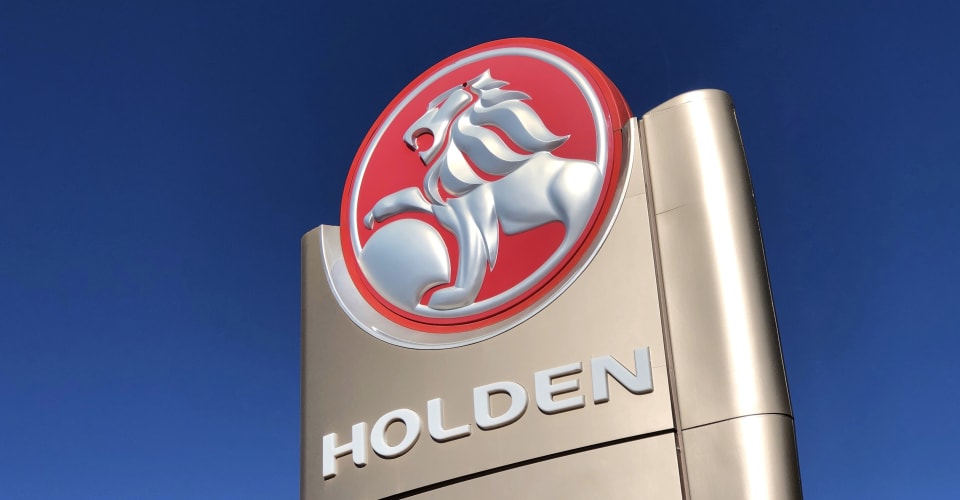 Holden axed in Australia as General Motors gets out of right-hand-drive...

Holden will be axed in Australia at the end of 2020 – just three years after the end of local manufacturing and the lowest monthly sales since it was established in 1948 – as US car giant General Mot ...

Well I won’t be buying that new HSV Camaro Zl 1 after that.

This will have a enormous impact on the local car industry…as every larger town traditionally has had a Holden dealership.

It has been on the cards for a while as Holden (and somewhat Ford) have been playing catch up with the rest of the industry…particular its direct competitors Kia, Hyundai Ford and Japanese manufacturers.

It also built its brand in Australia on the Commodore and Holden ute…and when these disappeared, it in effect shot itself in the foot. Being principally a 1-2 model car company (whist selling a few others to as ‘competition’) was always fraught with danger.

US car giant General Motors gets out of right-hand-drive markets globally.

Stay tuned for a trade dispute when the US bleats how unfair it is and demands all countries shift to LHD/drive on the right so they can compete.

This will have a enormous impact on the local car industry…as every larger town traditionally has had a Holden dealership.

Our local Holden dealer in Cairns, F R Ireland & Co, is a mere 3 years from their centenary after being founded in 1923 and having sold Holdens since the brand started.

But I guess that is multi -national loyalty for you

Their other dealerships are Mitsubishi, Isuzu, FCA and Alfa. No Asian makers.

At least Ford has stuck by Australia and is now the largest automotive employer in the country with over 2,000 employees, mainly in engineering, which is vastly more than the some 600 employees left when Broadmeadows closed.

At least Ford has stuck by Australia

Has the last shoe dropped?

Our government to the rescue:
http://www.theshovel.com.au/2020/02/17/morrison-agrees-to-bail-out-holden-if-they-re-open-as-an-open-cut-coal-mine/

Funny this. All but totally predictable.

Scotty from Marketing might be learning some English as to what the words meant back when.

They stated their future quite clearly in 2013 so the current ‘step further’ should have been all but predictable. Enough margin and short term profits matter, market share and presence not at all. And these pesky RHD vehicles and quality competition in those markets - not enough ‘shareholder value’ just ‘some’?

“Over the next four years we have hundreds of thousands of world-class cars and engines to build locally and sell. Beyond that time, we will be offering world-class cars sourced for Australia from GM’s global network.

and today the headline about Ford’s commitment is 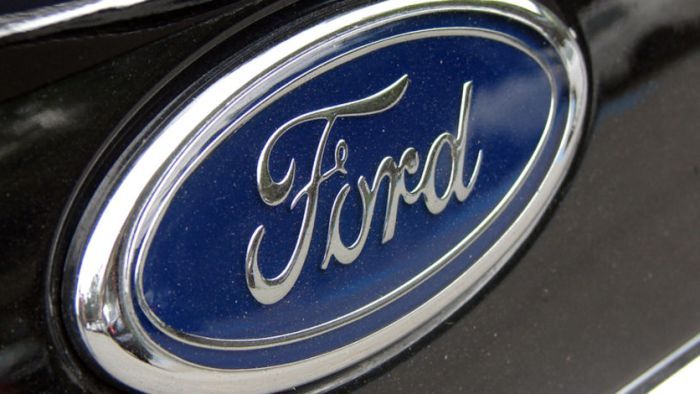 Following the closure of its great rival Holden, Ford reassures the Federal Government it is in Australia to stay.

And these pesky RHD vehicles

Reality might be that the added cost of producing both a LHD and RHD version for larger volumes is not that great a financial burden. It is something much more obvious as suggested

Toyota and others don’t seem to find it such a big problem to service both LHD and RHD.

Imagination!
Perhaps Trump’s second term promises include another “great big wall” based on further trade barriers. Something that would result in great harm to the overseas investments of some US interests. A US that is free to sell but not free to buy. Or is that already a reality?

Whilst there is no iron clad guarantee that Ford will remain in Australia, it is currently a very different kettle of fish to GMH.

When GMH finished putting their hand out for Government subsidies, they ceased production and pussy footed around with imports no one wanted.

On the other hand, Ford replaced some 600 moderately skilled, moderately paid production workers with over 2,000 highly qualified, highly paid engineers and technicias to run one of their 5 global designj centres.

The Ford Ranger, the #2 selling vehicle in Australia was designed in Australia, as was the new LWD only high performance version of the Ranger I read about last week.

Of course, Trump may well be the wild card.

Automotive industry under pressure to shore up US operations

But the director of the Australian Industrial Transformation Institute at Flinders University, John Spoehr, said the Holden brand may be a casualty of the Trump era.

“The automotive industry is a global industry that has tended to draw the best skills and capabilities from different parts of the world including Australia,” he said.

“I think US-based automotive companies are under enormous pressure to deliver to the US Government to re-shore jobs to the US where they’ve got plants based in other nations.”

And it appears that he will not be going away anytime soon as per this cartoon. 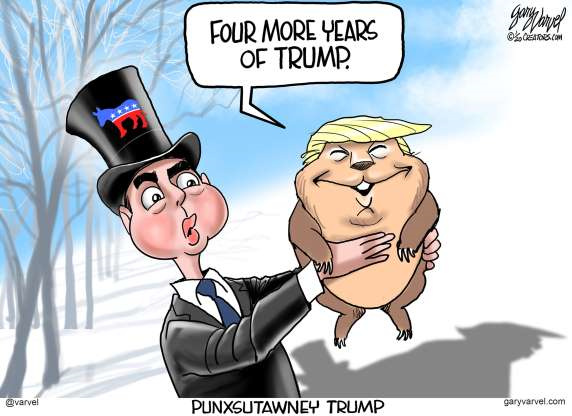 Sorry, Fred, what is this in relation to ?

Sorry, Fred, what is this in relation to ?

Well if a dealer does not have Honda, Mitsubishi, Mazda, Nissan, Suzuki, Daewoo, Hyundai, or Kia franchises in their lineup, things will be looking somewaht grim.

I overlooked the fact that Irelands has Japanese brand Mitsubishi.

The Ford dealer also has Honda, Kia, Suzuku, Daewoo and Hyundai as well as Eurpoean brands so they would not be as badlt affected if Ford were to leave Australia.

Isuzu is also a Japanese manufacturer.

Isuzu is also a Japanese manufacturer.

Yes. But only 4WD utes and wagons so very much a niche player and trailing way behind Toyota.and with a somewhat poor reputation.

My mother owned a Holden Gemini, so I know only too well. I wouldn’t mind a classic Bellett though…

My mother owned a Holden Gemini

I wasn’t aware that it was a Isuzu design but I know that they were pretty terrible.

A cousin had one decades ago and he was pretty happy with it.

I also recall an article in a “street machine” type magazine featuring a hotted up Bellet which used to go like the clappers.

The article commented about the Fiam airhorns which had been installed.

“Their effect on slow moving pedestrians has to be seen to be appreciated”.

A blast from the past:

Thanks to savvy public relations, General Motors inserted itself at the heart of culture in mid-century Australia. But dreams don't last forever.

It looks like GM/Holden might have a fire sale to move current inventory. While it may be good if one is after a new vehicle, there might be some unintended consequences as future resale values may also be depressed through to GM/Holdren’s exit from Australia. It may be an okay however if one planned to buy the particular vehicle in question and ran it until its end of life. 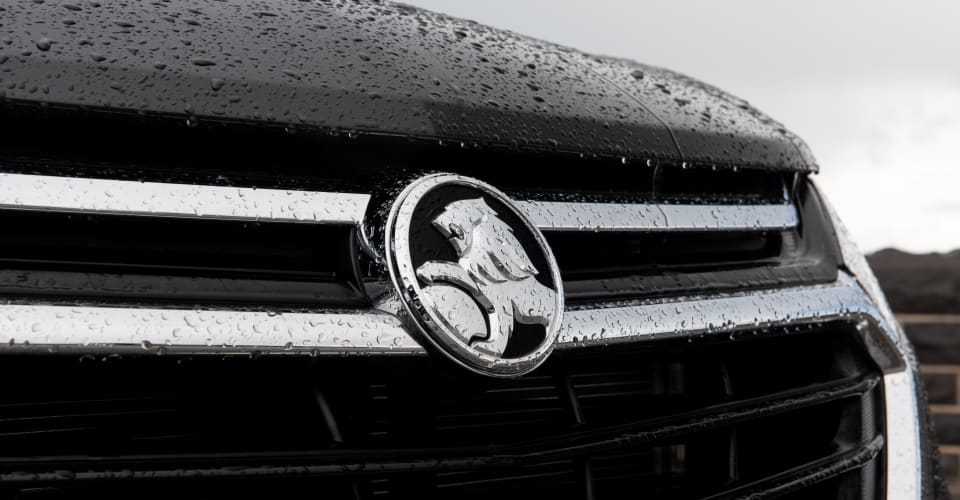 EXCLUSIVE Bargain hunters are expected to stampede Holden dealers across Australia as a dealer bulletin obtained by CarAdvice outlines discounts across the entire range of between $7500 and $17,500.

Whilst there is no iron clad guarantee that Ford will remain in Australia, it is currently a very different kettle of fish to GMH.

When GMH announced that Corvettes and Camaros would be sold in Australia, they said that they would be imported as LWD and converted by HSV, which surprised me as I thought that they would have copied Ford.

It appears that HSV will remain, (for the time being). and will convert the Camaro and other US built vehicles.

One really has to wonder just when GM actually decided to pull the pin on Australia. I strongly suspect that it was long before local production ceased.