An article recommending that Australia wake up and increase our oil reserves at bargain basement prices.

We have a fuel problem — and coronavirus has handed us an extraordinary...

As a nation dependent upon imported liquid fuel for more than 90 per cent of our refined fuel needs, a glut of cheap oil is a bonanza.

Meanwhile, back in the US. 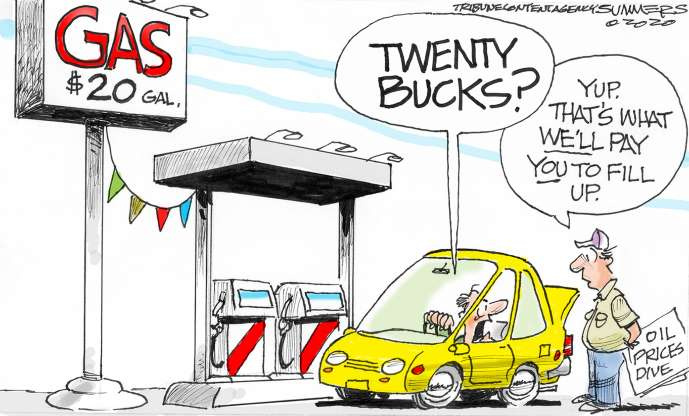 An article regarding the disgraceful fuel prices rip-off in Qld.

And the quotes of the week from the article.

“There should be more teeth on the ACCC and there’s more that the Federal Government needs to do,” Mr Dametto said.

Federal Member for Leichhardt Warren Entsch said he could smell a rat with regional petrol pricing."

Whilst out today, I noticed an independent Shell servo at 118.9 cents/L for U91.

A mere 25 cents a litre more than Btisbane obviously is not enought for some bottom-feeding grubs.

When the price of fuel falls, life gets easier for any business that makes deliveries, or pays for staff travel, or runs machinery on diesel. Their costs fall and their profits rise.
…
But lower petrol prices will hit one of Australia’s big economic indicators: Inflation.

When we see consumer price inflation for this three-month period, it will be a big fat negative.
…
Interestingly, negative inflation will make the petrol price go down even further, because the tax on petrol is indexed to CPI.
…
… The problem with negative inflation is it depresses everything.

A lot of wages are tied to inflation. So are government payments like rent assistance, family payments, and even some pensions.

Once consumer prices start falling, earnings follow them down, and we can end up in a negative spiral.
…
Avoiding this spiral is precisely why the RBA tries to encourage inflation in the first place.

Its job is to keep inflation in a low steady range, between 2 and 3 per cent a year.

The recession we are almost certainly experiencing will also drive down inflation.

Rents will be weaker, property prices lower, and companies will be forced to cut prices to compete.

An article regarding petrol having a finite storage life.

Stockpiling fuel while prices are low may not be such a good idea. Here's why...

Motoring experts tell us our potatoes have a longer shelf life than petrol, so filling every container with fuel may not be such a good idea.

The price at the local United for U91 is now 99.9cents/L, the first time it has been under $1/L in decades, whilst the local rip-off independent Shell servo is a mere 11 cents/L higher.

petrol having a finite storage life

Which is probably part of the reason for the reserve being only 90 days. Stock should, of course, be rotated through the reserve so no fuel is stored for much more than 90 days. Having our “reserve” held overseas isn’t going to make that easy.

The reserve is crude oil which I suspect does not deteroirate as it is in the same state as when it was extracted from the wells.

The reserve is crude oil

Is it? I’m pretty sure I saw figures for different types of refined product.

Crude does lose volatile aromatics as it ages. Even the ships that carry it have to deal with the gases that are produced.

https://www.intechopen.com/books/biodegradation-engineering-and-technology/crude-oil-biodegradation-in-the-marine-environments
“The most important weathering process during the first 48 hours of a spill is usually evaporation, the process by which low to medium-weight crude oil components with low boiling points volatilize into the atmosphere. Evaporation can be responsible for the loss of one to two-thirds of an oil spill’s mass during this period”

Light Crudes have much more of these volatile compounds and the heavier dark Crude Oils have less.

That is from oil spread across the landscape with a huge area exposed to the air which is not comparable to oil in a closed tank. While it is true that crude contains various amounts of volatile fractions these only evaporate at a surface in air.

Huge amounts of crude are stored in oil tankers, ground tanks and old salt mines. I can’t find any useful data (anybody?) on how long it can be there without appreciable degradation but if we are going to speculate my shot is that it is more like decades (or longer) than weeks.

I recall in my university days that if it is sealed (not exposed to the atmosphere), it could last a very long time.

Meanwhile in Country WA its still 1.20

Underground storage of petroleum products has been practiced for nearly 70 years but only recently have large volumes been storage for longer periods.…

In this research the feasibility of aerated in-vessel composting process followed by chemical oxidation with H2O2 and Fenton for removal of petroleum hydrocarbons from oily sludge of crude oil storage tanks was investigated. The ratios of the sludge... Although methanogenic degradation of hydrocarbons has become a well-known process, little is known about which crude oil tend to be degraded at different temperatures and how the microbial community is responded. In this study, we assessed the... 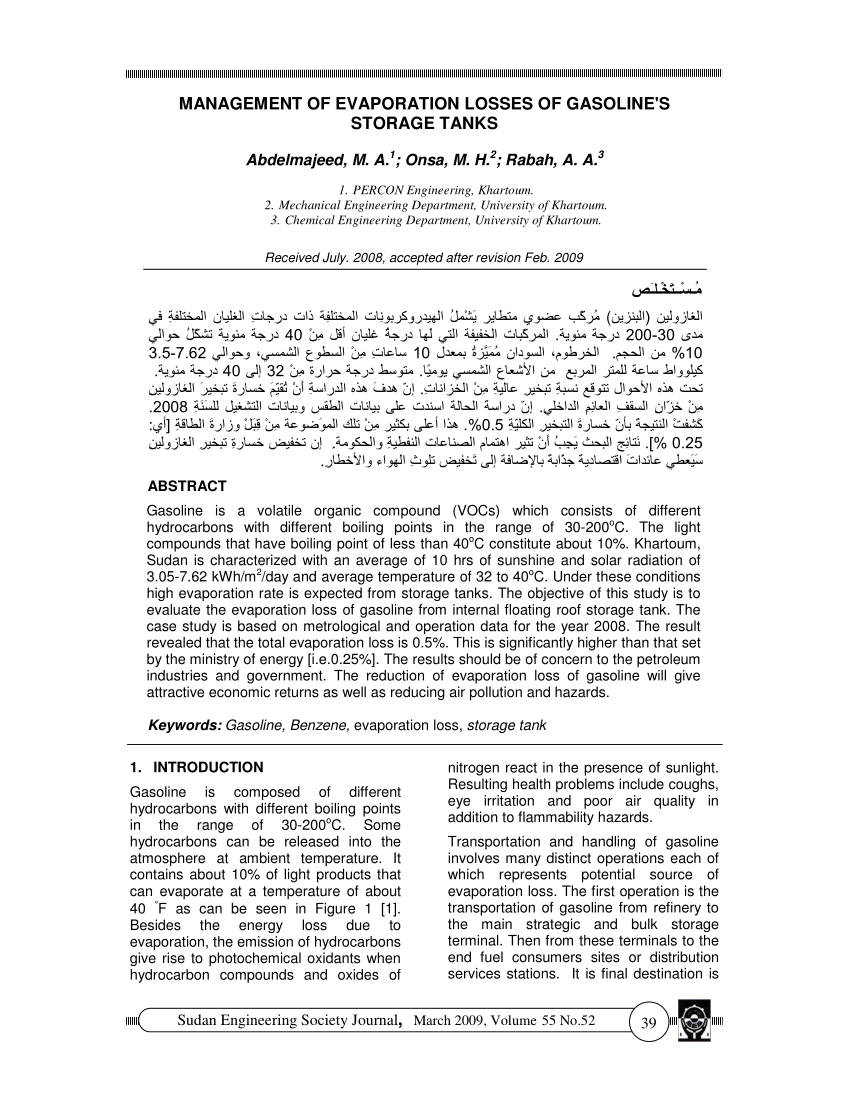 PDF | Gasoline is a volatile organic compound (VOCs) which consists of different hydrocarbons with different boiling points in the range of 30-200 o C.... | Find, read and cite all the research you need on ResearchGate 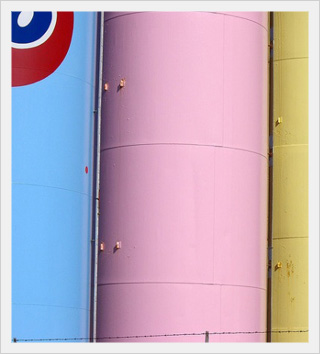 Learn all about the ways that different types of tanks generate and release hazardous air emissions for Tank Emissions Management. 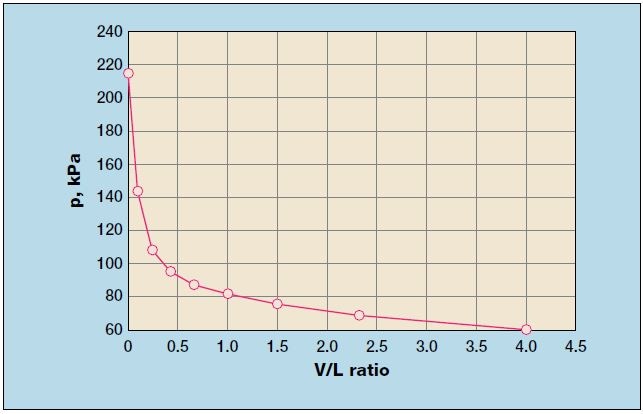 Vapor Pressure in the Transport, Storage, and Bending of Crude Oil

This article discusses the role of vapor pressure in the transport, storage, and blending of crude oil.

Another article on fuel prices.

While oil and wholesale fuel prices have been at two-decade lows, pump prices have not come down so quickly or consistently across the country. But service station owners say they too are struggling to survive the COVID-19 downturn.

I loved this part in the article.

"Mr McKenzie said those financial pressures made it very difficult for independent service stations to pass on fuel price reductions in full to their remaining customers.

He also noted most service stations, especially in lower-turnover rural and regional areas, did not immediately benefit from falls in the wholesale price because they got stuck with older, more expensive fuel in their storage tanks.

"They tend to pay a smoothed price based on a rolling average of prices over a two- or three-week period.

“Because we’ve seen such substantial falls, and they’ve been week on week, what actually happens is the rolling average tends to be distorted by the prior weeks and so the price we’re paying for fuel in the ground that people are purchasing … is actually 8 to 10 to 12 cents a litre — depending on where you are — higher than the instantaneous spot price.”

No mention regarding how they increase their prices as soon as the wholesale prices increase despite having the cheaper fuel in their storage tanks.

Taking some of your @Fred123 friendly advice.

Nearly 50% more expensive if you don’t shop around.

Well this topic has now been going on for three years with no impact on the price gouging, sorry, “prices cycles” by the fuel retailers. Even with the record low oil prices, the retail price is still fluctuating wildly between service stations. Yarrawonga residents have started a change.org petition for a parliamentary inquiry. Any ideas about how we can galvanise the community to effect change?

While oil prices have tumbled, are people still paying to much for petrol? @AndyKollmorgen investigates:

Petrol prices and apps – how to find the cheapest fuel - CHOICE

Oil prices have dropped around the globe, but are the prices being passed on? Consumers can help keep petrol retailers honest by shopping around, knowing when to fill up and using fuel comparison apps.

And the rip-off servos are still crying in their beer.

While oil and wholesale fuel prices have been at two-decade lows, pump prices have not come down so quickly or consistently across the country. But service station owners say they too are struggling to survive the COVID-19 downturn.

The greedy servos have stuck their snouts even deeper in the trough.

Located in the Far West Darling Region of NSW, independents always are cheaper here, because are more nimble with their pricing, then the big brands follow, dispite their dodgy discount vouchers